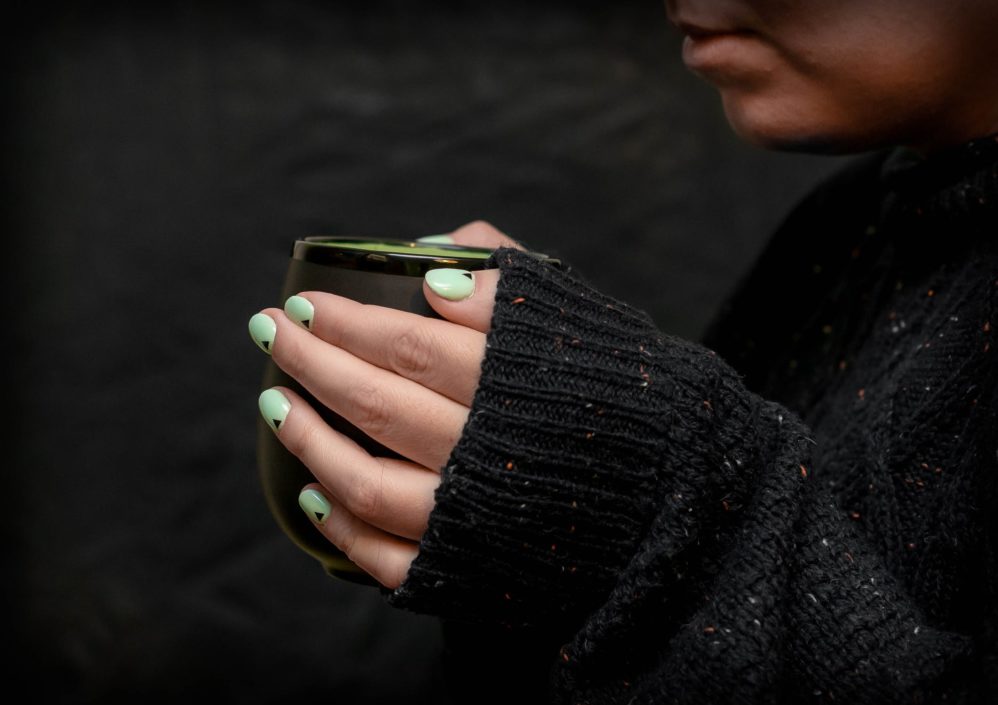 Show up at Sharon Ast’s house on Tuesday night and you had better be prepared for things to get a little messy. Although Tea and Comfort, the ministry that meets in her home, leads you to expect a subdued, Victorian atmosphere, oftentimes it is anything but.

“Every room is full of heartache and some of the women are in a state of high trauma,” Sharon says. “When such women come to Christ, it’s like watching God birth a new Christian in the middle of the freeway.”

In addition to women who are suicidal, Sharon and her team of twelve “comforters” also minister to those who are addicted to drugs or alcohol, depressed, abused or going through some other sort of trauma. She never knows who is going to walk through the door each week or what kind of shape they’ll be in. It’s not all high drama, but for many of these women, it does start out that way. The goal of Tea and Comfort is to provide such women with a safe place to work through their issues each week before heading back out into the world.

A Survivor’s Story
Having survived significant trauma herself, Sharon Ast is the ideal person to lead such a ministry. As a child, Sharon was often abused by her drug-addicted mother and alcoholic father. When she sought help, Sharon was abused again, this time by the local sheriff. Over time, she grew into an angry, bitter woman, totally at odds with herself and the world. Things finally reached a breaking point for Sharon midway into her marriage to Ed “Skip” Ast, owner of Shasta Pools and Spas. After sending the kids over to the neighbor’s house, she turned up the radio, knelt down by her bedside with a gun in one hand and a Bible in the other, asked God if it was okay for her to take her life.

Needless to say, Sharon survived the incident and gave her life to Christ. But her trials weren’t over yet.  (To find out what happened next, click here to read her testimony.)

Turning Point
The impetus for Tea and Comfort really occurred about fifteen years later when Sharon fell and broke her neck after an all-night prayer session. Up to that point, Sharon had been active in the church, but, as she puts it, she had a deal with God whereby she would give Him her time and money as long as He didn’t force her to get close to anyone. Up until she broke her neck, God had allowed Sharon to operate according to those terms. But He used this incident to take her to the next level.

Stuck in intensive care with a halo screwed into her skull, she was forced to submit to the aid of a group of Christian women who had loved and admired Sharon for a long time but had been unable to penetrate her thick, outer shell. Sharon tried to get them to leave her alone. But one night after being injected with morphine for her pain, her resistance melted.

One of her friends, Mary Ramirez, took advantage of the opportunity to rub Sharon’s face with Vitamin E cream to help heal the burns that had occurred as a result of her accident.

As Mary’s tears fell on Sharon’s face, she had a revelation. “I looked up into Mary’s face, and the Lord said, ‘This is Me. If you really want to serve Me, then you need to let these women get close to you.’”

That event marked another significant turning point in Sharon’s life. After her neck was healed, she knew God was calling her to a ministry of comforting other women in distress, but she resisted Him for a year. In his own gentle way, God assured Sharon that all she needed to do was oversee the ministry. He would supply her with the team she needed to make it work. Sure enough, He brought nine comforters into her life and Sharon finally decided to give it a go. Tea and Comfort began on a Tuesday night sixteen years ago, and Sharon and most of her team have not missed a Tuesday since.

Christ: The Source of True Healing
From the beginning, the philosophy of Tea and Comfort has been that no matter what a human being suffers, God and His Word can bring healing to our soul. Sharon and her team believe psychology and other tools may help channel anger, depression and other negative feelings, but Christ is the only one who can truly heal us.

To this end, Sharon opens her home for two hours every Tuesday night so women in crisis have an opportunity to experience this healing. Each woman who shows up is matched with a comforter and then the two of them spend the evening together talking, praying, listening to inspirational tapes and reading Scripture. All of the comforters are educated, professional women, but none of them are allowed to counsel the women they work with. And the women are not allowed to contact their comforters during the week. That’s because the goal of the ministry is to get women to the point where God is enough.

Says Sharon: “If their children die and their husband leaves, it will just be them and God. And He will be enough. Tea and Comfort can help them get back on their feet, but they won’t experience total healing until they learn to walk on their own.”

A Ripple Effect
Nearly 2,000 women have gone through Tea and Comfort over the years. Five hundred of them have become Christians and hundreds more have found healing and victory. Ideally, women are asked to attend for ten weeks so they have an opportunity to mix with the other women, get to know their comforter and see what the Lord might do in their lives. By then, most are ready to open up about their issues; however, it may take a bit longer before they start being complete honest with their comforter – and themselves – about the truth of their situation.

“When God’s word is applied it begins to give them a new concept of truth and they begin to see it from His point of view,” says Sharon.

For some women, four months at Tea and Comfort is enough. Others take two years before they feel able to move on. Deciding when women are ready to move on is one of Sharon’s biggest challenges, because even though women find victory at Tea and Comfort, they don’t want to leave. But Sharon has so little room in her house and so few comforters; eventually she has to send them on.

Sharon says one of the joys of this ministry is seeing how the healing ripples out to other parts of the womens’ lives. She’s seen marriages restored, children and parents reconciled – you name it.

“My comforters are some of the happiest people you’ll ever see. They get to see God do his work on the cutting edge of trauma every week. God sweeps through the house and does incredible things. It takes a humble, Christian woman to allow the Holy Spirit that kind of freedom.”

Tea and Comfort’s influence is also rippling out into the wider world. Recently, groups in South America, Thailand, Singapore and the United States have expressed an interest in starting Tea and Comfort in their area. This only makes sense to Sharon.

“We believe God wants to heal women all around the world. There is a lot of excitement. They all want to know, ‘What’s going on in that house?’”

BACK to Sharon’s full story

How you can experience God’s Love