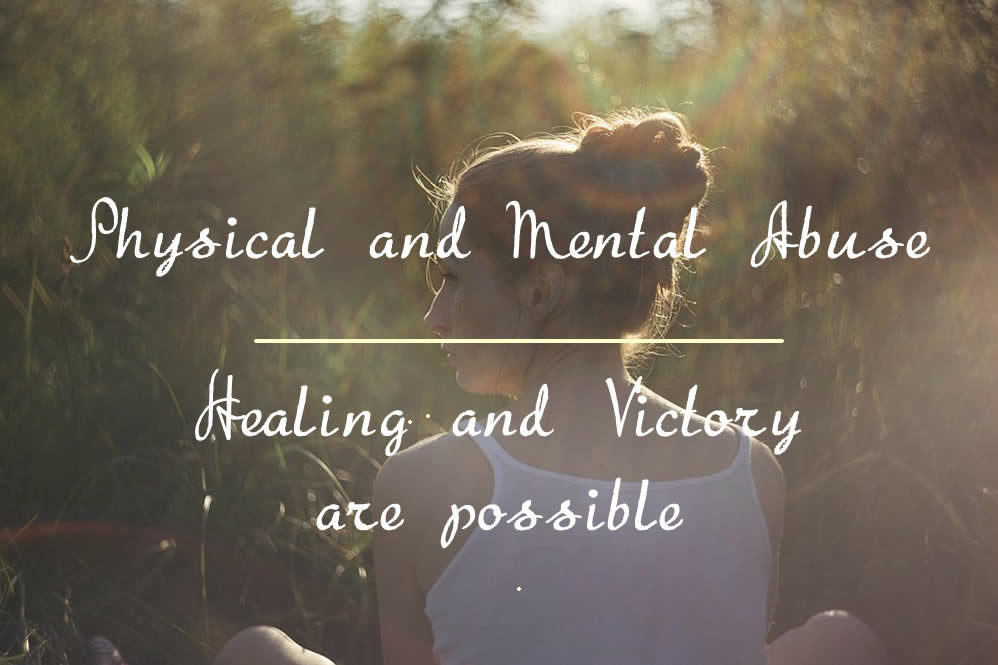 The Story of Sharon Ast

A child victim of physical and emotional abuse.

Sharon and her two brothers were raised by a mentally challenged, drug addicted mother and a violent, alcoholic father. Besides periodically holding a gun on his children, Sharon’s father would also beat them regularly. Sharon often received the brunt of the punishment as she tried to protect her younger brothers. Sharon’s mother was no better.

Despite his abusive behaviour, Sharon’s father did have a conscience. When Sharon dropped out of school, he changed her birth certificate to make her appear older than she was and sent her off to the Marine Corps.

For the next two years, Sharon was safer than she had been at home, but by then she had become an angry, bitter young woman.

When her first stint was up, she was called back for Officer’s Candidate School. At this point, her high school sweetheart realized he was about to lose her to the military, and asked her to cancel her plans and marry him instead. So she did.

A New Start Turns Into a Dead End

While it seemed like Sharon was finally on the verge of a new start in life, her dream of marriage quickly turned into a nightmare.

“As soon as we were married, it was like someone popped a cork off a bottle, I suddenly realized Skip drank, even though I had never seen that side of him while we were dating.”

Realizing she had just walked back into the very scenario she had sought to escape, Sharon went ballistic. Although most people were afraid of Sharon, there was one man who decided this angry, violent woman was worth saving: Skip’s father, Ed Ast.

Unable to Help My Baby Brother

When Sharon’s brother, Tommy, tried to commit suicide, Sharon called on Ed for help. This was extremely difficult for her, because Sharon had kept this part of her life hidden from everyone else.

During the crisis, Ed tried to get through to Sharon, to form a relationship with her. But Ed was seeing things Sharon didn’t want others to see, and Sharon hated it. One night when Ed tried to talk to Sharon about things, she began to scream at him. Ed wouldn’t listen to a word of it. He screamed right back at her, saying:

“You are such a young animal, and you have built a wall around yourself that I don’t think anyone can ever penetrate. But I’m going to get through it. In fact, I’m going to dedicate the next five years of my life to reaching you.’

After five years of fighting off Ed’s every attempt to help her, Skip came home with some bad news: At age 49, Ed had died of a heart attack. Sharon let out an animal-like scream. Despite her best effort to deflect Ed’s rescue attempt, he had gotten through to her. But Sharon wasn’t about to admit it.

During funeral arrangements, Sharon was asked to be the person who greeted everyone at the funeral home, to which she agreed. After receiving instructions from the funeral director, Sharon was left alone with Ed’s body. When she finally did force herself to turn around and look, she fainted.

There IS a God!

When Sharon came to, she was still alone. She doesn’t know why, but all at once she realized there was a God, there was love – and it was in that coffin. Ed’s example of persistent love finally got through to her heart, and the realization was just too much. All of her defences were gone. And then, for the first time in over twenty years, she started to cry.

A Miracle on the Radio

After Ed’s death, Sharon was no longer able to function as a wife or mother. She figured the only solution was to take her own life.

After putting the house in order and sending the kids next door, Sharon pulled out a gun and a Bible someone had given her while she was in the Marines. She turned up the radio so the kids wouldn’t hear the gunshot. Then she got on her knees, opened the Bible and began to read. She also started talking to God, asking him permission to come home.

While Sharon was having this conversation, her mind suddenly tuned in to the radio she had turned up in the kitchen. Someone was preaching, inviting listeners to give their lives to Christ. In that moment, Sharon heard God’s voice in her mind:

“I have sent my Son, and He will love you far more than Ed Ast ever loved you. He will teach you how to live your life right.”

Sharon argued, but, eventually, she put the gun down, lay on the floor and, weeping and sobbing, offered her life to God.

When Sharon got up, she was calm for the first time in six months. From that point onward, she was never without her Bible. For three years she studied it intensely. She was so amazed that Jesus loved her enough to die for her.

Using Her Past to Help Others

Feeling her own healing was complete, Sharon started helping other women who were in crisis. This ministry grew quickly until Sharon was helping many women.

One day while Sharon was praying, she was overcome with sickness and fell, breaking the first three vertebrae in her neck.

Thankfully, the doctors said Sharon would recover. But she was still stuck in the hospital for many weeks, unable to help herself. Sharon was forced to rely on the women who had been part of her ministry. At that point, she felt God telling her,

“Sharon, these women represent me. If you’re going to be what I want you to be, you have to let them come close to you.”

Today, Sharon is fully recovered and continuing in her ministry, called Tea and Comfort, which consists of twelve women. Together, they deal with hurting women, in a nurturing way, pointing them toward Jesus. Over the fifteen years Tea and Comfort has existed, they have worked with over 1,500 women, many of whom have been healed of their past hurts.

Have you ever been rejected or abused? Would you like Jesus to help restore your identity? If you don’t know Jesus, we encourage you to pray the following:

Another Survivor Story of a woman who was sexually molested by her father as a child.

Where do I Call Home?

How you can experience God’s Love