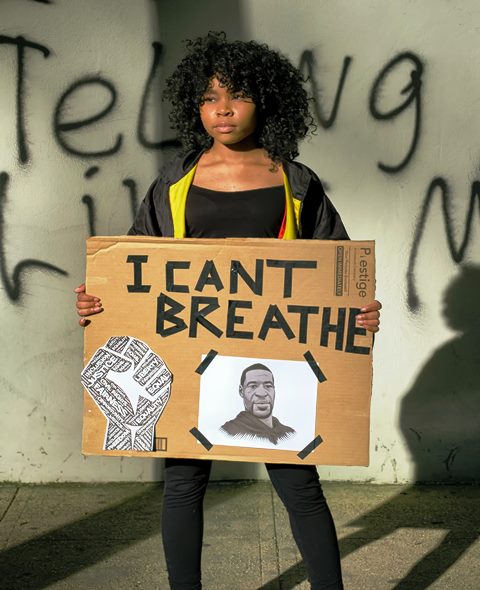 George Floyd’s horrifying death while pinned down by a white policeman has sparked global rage and anti-racism protests.  Racial disparity is widespread and ominous.  Can a racist’s heart be changed?  Consider these powerful examples.

I will always remember Norton and Bo.  Norton was a leader of the Georgia Black Student Movement in the 1970s.  Bo was a racially prejudiced white Christian.  Once during an Atlanta civil rights demonstration, Bo and some of his cronies beat Norton up.  Animosity ran deep.

Later, in discussions with my roommate, Norton discovered personal faith in Jesus.  As his faith took root and grew, his anger mellowed while his desire for social justice deepened.  Meanwhile, Bo rejected his hypocrisy and began to live his faith with God in the driver’s seat.  Three years after the beating, the two unexpectedly met again at a conference.

When Norton first spotted Bo, I could sense his discomfort.  He related to me their backstory and his uncertainty about what to do.  But over the week, the initial tension melted into friendship as they forgave each other, reconciled and treated each other like brothers.

At the end of the conference, it was astonishing to see them standing with their arms around each other’s shoulders.  I can still envision that remarkable sight.

“I hated her guts,” admitted Ellis.  “I hated him just as hard as he hated me,” Atwater affirmed.

In a curious twist, Ellis and Atwater co-chaired a ten-day community school desegregation forum.  Ellis sought to thwart integration efforts, Atwater explained.  But, she told NPR, “God had a hand on that…C.P. had a machine gun” that he displayed daily, but “I had my white Bible in my hand. So I told C.P. we would see whose God would be the strongest, my God or his God. I always said if they’d said something to me, I was going to knock the hell out of them with my Bible.”

Speaking with suffering children softened their animosity.  Recalled Atwater, “Me and him cried at that time, and we began to melt down towards one another.”

At the final session, Ellis admitted, “Something has happened to me, and I think it’s for the best….  I used to think that Ann Atwater was the meanest black woman I’d ever seen in my life. … But, you know, her and I got together…..”

What fueled their change?  Atwater wrote in the Durham Herald-Sun, “In church the preacher says that if you want to be like Jesus you must be ‘born again.’ That really is the only way I can describe it. Something came into our lives…. The blinders came off and we…saw how much we had in common. Then we couldn’t imagine not being friends.”

“But we couldn’t be friends without forgiving one another. …There is no future without forgiveness…our hate had to die. …C.P. showed me that people can learn to love. We really can be born again….”

Atwater maintained Ellis “changed from a Klansman to a Christian.”  She believed a divine hand was at work, remained Ellis’ friend, and spoke at his funeral.

The Raleigh News and Observer noted that “the meetings transformed Ellis, who went on to renounce the Klan and become a labor organizer and an admirer of Martin Luther King Jr.”  A 2019 movie, The Best of Enemies, told their inspiring story.

Our nation and world are in chaotic times.  Do unjust practices and policies need changing?  Absolutely.  But so do flawed human hearts, racism’s root cause.  Faith-based heart change can actually be quite radical (from the Latin radix, or “root”).  Social reform or individual reform, which is paramount?  Realistic solutions to today’s crises are not either/or but both/and.

Have you come to the place in your spiritual journey where you realize that Jesus Christ died for your sins (all acts of active rebellion and passive indifference)? Would you like to be free inwardly from all of your sin and guilt? Would you like to have Jesus Christ, your Creator, direct your life from now on? If your answer is “yes”, pray the following prayer and your sins will be forgiven, your guilt will be removed and you will be filled with the Holy Spirit.

Lord Jesus, I want to know you personally. Thank You for dying on the cross for my sins. I open the door of my life and receive You as Savior ad Lord. Thank You for forgiving my sins and giving me eternal life. Take control of the throne of my life. Make me the kind of person You want me to be. Amen

This article first appeared on WashingtonExaminer.com

Editors:  Note pictures below.  For access to these images and more, check here, here, here, and here.