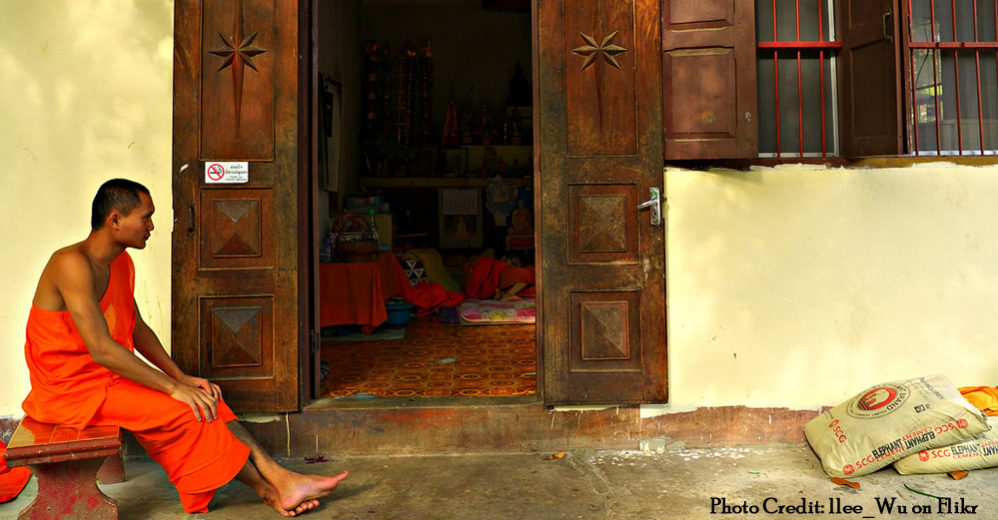 Story of a Buddhist Monk

My name is Tashi and I was born in the Himalayan plateau. I come from a family of nomads. I never went to school and I became a Buddhist monk at a young age.

As a monk, I spent six years in India during which time I came down with a serious illness. For three years, I was in a hospital where I was cared for by Christian nurses. They were kind to me and, although I was very sick, my heart was very happy.

The Christian nurses were different than the others. Their love was different; it was genuine. I felt it myself, that they really loved me as they cared for me. As a result, I became convinced in my heart that Christianity was a good belief.

When I read about what Jesus did, how he sacrificed his life for sinners, I was overwhelmed.

In 2003, when the Dalai Lama, our religious leader, went to America, he spoke in a church and had some good interaction with Christians. When he returned to India, he told us that we could trust Christians. Among the many religions of the world, he said, Christianity was very good.

I knew it was true. I had already experienced the love of Christians, but when I heard that the Dalai Lama had also been positively impacted by Christianity, I became more interested than ever to find out more about Jesus.

One day, while still in India, I came across a Bible. It was a very old Bible in my native language. Although I wasn’t sure how to read it at first, I came to the Gospel of Luke and read it as a story. Jesus seemed to be a very good person.

In my own culture, we have stories about people who display sacrificial love. There is one story about someone who gave all his property to the poor, and another story about someone who even gave his own eye away to someone else. My people are very impressed by this kind of love. But when I read about what Jesus did, how he sacrificed his life for sinners, I was overwhelmed. Jesus didn’t just give away his eye, he gave away his life.

At that point, I started to believe in Christianity, although I also still believed in Buddhism. I was still a monk and I was reluctant to give up something that I had believed all my life, so I believed in both. Buddhism was like a big seed in my heart, but since I learned about Jesus, there was another seed growing in my heart.

Around the same time, on a short trip back to my homeland, I met an old friend who had become a Christian. He was so excited about his faith. He shared some literature and other resources with me that I took home and studied carefully.

“You are the true God, the only God. Whatever it is, whether I’m rich or poor, hungry or full, I will follow you.”

Later, when I visited this friend again, he shared the Gospel with me very clearly. I told him that I had heard some of it before and that I had chosen to believe in both Christianity and Buddhism. With others, we began to discuss the differences in those beliefs and I became angry. I insisted that there was more than one god. It was frustrating for me.

On October 27th, I was alone and I read the words of Jesus in Luke 6:27, “Love your enemies.” My heart was touched. It felt like I had just drunk a cool glass of water after not drinking for a long time; I had been very thirsty. The love of Jesus was refreshing; his love was beyond anything I had ever experienced. I had lived for more than thirty years in the most populous countries in the world and I had never seen one person who had this kind of love. I knew that it must be the love of God. I put down my Bible and prayed, “You are the true God, the only God. Whatever it is, whether I’m rich or poor, hungry or full, I will follow you.”

Later that night, I met with a group of believers and shared my experience with them. They asked me simply, “Are you sure?”

I replied, “I’m sure.” And so we prayed together and it was a new beginning for me. From that day on, I was no longer a monk; I no longer believed in Buddhism.

It took thirteen years from when I first encountered Christian love in a hospital in India to when I fully surrendered my heart to Jesus.

The love of Jesus transformed me. His love is great. He died on the cross, not because he was sinful, but because he sacrificed his life for our sin. That’s why I believe in Jesus.

Sometimes, when I see my old friends, they pretend they can’t see me. One of my friends who was also a monk heard that I had become a Christian. When I greeted him on the street, he ignored me. I know that people are talking about me behind my back, but face to face no one has challenged me. We need to pray for them because they are in the dark. I used to be like that when I was in the darkness. I was proud and knew nothing. But now, Jesus has pulled me out of the darkness. Please pray for them.

Perhaps, you have encountered kind Christians and learned some of the teachings of the Bible too. However, you have never made the decision to surrender you heart to Jesus. Let me encourage you to surrender you life to Jesus Christ today.  The following is a prayer you could make your own: