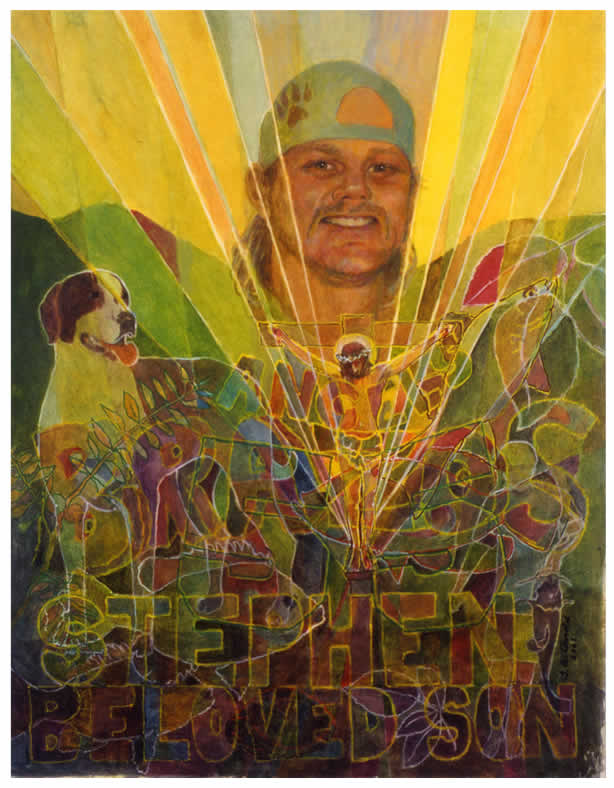 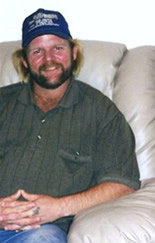 Any parent who has watched a child depart from the ways of God to follow the broken path of addictions knows what heartbreak it brings to a family.  My son, Stephen Lloyd Payne, chose to follow that path from the time he left home at 20 years of age until his mid-thirties.  For 11 years I didn’t know his whereabouts and part of that time didn’t even know if he was alive.  I spent many tearful days and nights crying out to God to bring my prodigal son back home.

On September 11, 2000, a friend who had been my co-leader in a Cub Scout troupe for our sons many years before called me from her home in Granbury, Texas.  I wept as she told me she had run into Stephen in a grocery store.  She said, “He appears to be off of drugs and wants to see you.”  A little while later the phone rang.  When I picked it up, I heard my son’s voice, “Mom, this is Steve.”  It was a gift from Heaven.

As the story of his years away from me gradually unfolded, I saw that God had not released His hold on this wayward son.  Stephen’s trailer house had burned on Christmas Day, 1999.  He told me in amazement that everything was lost except for his Bible and a picture of Jesus.  I also learned that some time later while working on a roof, he’d fallen from a two-story house.  He said he felt an angel break his fall before hitting the ground, missing a pile of bricks by only a few feet.  He got up from the ground praising God.

Stephen had overcome his addiction to drugs, but alcohol had quickly taken its place.  Towards the end of 2002, I stopped saying anything to Stephen about how he should live his life.  Instead I began to bless him in the Name of the Lord at every opportunity.  I spoke words of love and encouragement to him and told him how much God loved him.  It was after that, I began to see a stronger desire in Stephen to be free from addiction and to serve the Lord.  He made several attempts at sobriety and was struggling to overcome.  He started ministering to his friends and was reading to them out of his grandmother’s little red bible.

On May 5, 2003, I received a call from a family member saying that Stephen was in the hospital in Fort Worth in very grave condition.  An infection had gotten into his bloodstream and had gone throughout his body, seriously infecting his heart and lungs.

When I got to the hospital, I learned they were about to put him on life support.  I was terrified, yet I felt sure God hadn’t brought him back into my life only to take him away again.  With tears in his eyes, Stephen said, “Mom, if I don’t make it, please don’t worry about me.  I’ve made things right with God.”

The next five weeks we experienced the highest of highs and lowest of lows, as the medical profession fought to save his life.  The prayer team at my church, Heritage Assembly of God, prayed diligently with us for Stephen’s healing.  I was confident he would be healed and, at one point, it seemed that he was.  Then his condition began to worsen.

On June 13th, he was taken into surgery.  His mitral valve had to be replaced.  The cardiologist warned us, considering Stephen’s general health, the surgery was very risky–but totally necessary.  I prayed with all my heart that God would bring him through but finally told Him I would accept His will, knowing that only He knew what was best.  Unless God healed Stephen totally, he faced a life of disabilities.  I knew my son who had lived so strong would not be able to accept that kind of life.  Still I believed for a miracle.

At first all the reports from the operating room were good.  The valve was in and functioning well.  They were going to take him off the by-pass machine shortly.  They took him off and his heart was restarted easily.  But the next report was not so good and each one got progressively worse — not going well — about to lose him — putting him back on by-pass.

I left the waiting room to call my prayer partner.  As we prayed, my husband rushed up to me, a strained look on his face that I couldn’t read.  My mind would not accept what he was saying…. “Stephen is gone.”  The other side of his heart had failed and ruptured on the operating table.  I felt my own heart break and didn’t know if I would survive the pain.

During the months to come, God gave me many wonderful revelations to help me through my grief.  I knew God had a higher plan for Stephen when He took him home, yet I knew He’d answered our prayers, as well–the new heart valve had worked perfectly.

I know Stephen is in Heaven–in the Presence of God–no more sickness, pain or struggle.  In an instant of time, he went from having nothing to having everything–from dirt roads to Streets of Gold.  No way could I continue to grieve when he was finally free.

And no man takes it to heart.

Merciful men are taken away,

While no one considers

That the righteous is taken away from evil.

By his mother, Pat Veal

If you, like Pat, have gone through deep sorrows you will do well to establish a personal relationship with God, through Jesus Christ. He will strengthen and help you. You can do that right now by praying and inviting Jesus Christ to be in control of your life. The following is a suggested prayer:

Lord Jesus, I want to know You personally. Thank You for dying on the cross for my sins. I open the door of my life to You and ask you to come in as my Saviour and Lord. Take control of my life. Thank You for forgiving my sins and giving me eternal life. Make me the kind of person You want me to be. Amen.