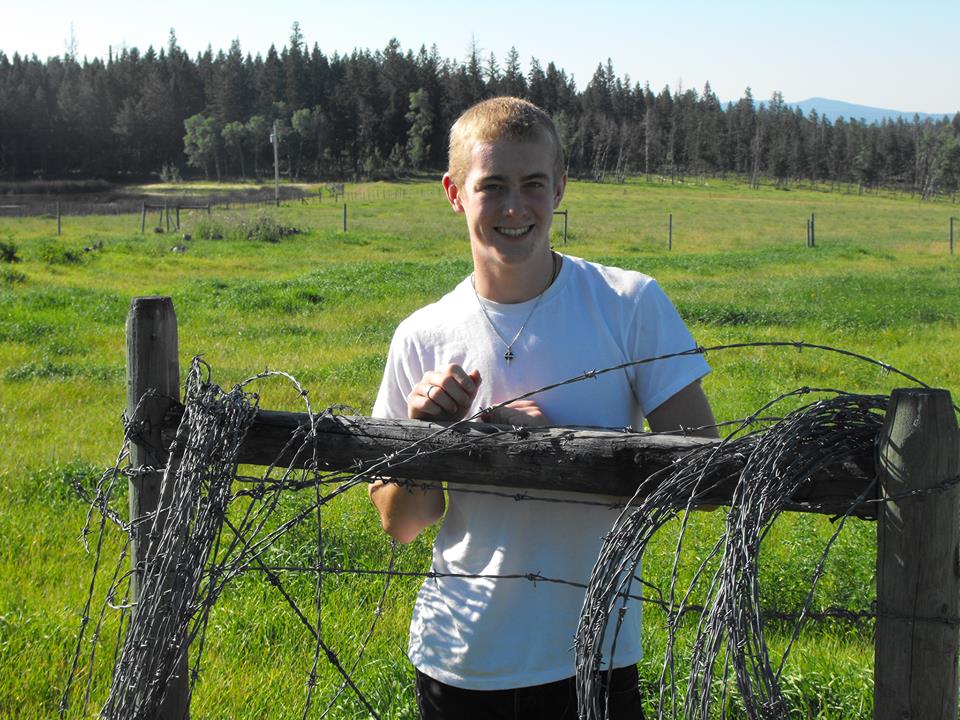 A young 18 year old Canadian man, in his grade 12 year, is diagnosed with a brain tumor. This is his story. This is a transcript of Jesse telling his story at a Cops for Cancer “Tour de Rock” dinner.

For Photo Gallery: Scroll to bottom. 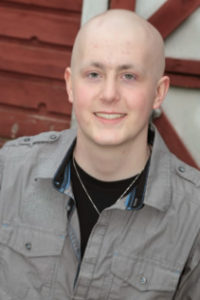 “Good Evening, Everyone, my name is Jesse Goerzen…

Thank you for the honour to be able to stand before you here at this great event, and for giving me the opportunity to share my story with you. A special thanks to Kimberley Judson for the invitation and this opportunity to share a bit of my story, to the “Tour de Rock” team for organizing this great event, and for everyone who participated in the “Cops for Cancer” ride.  This past year I have been the recipient of amazing care, especially through BC Children’s Hospital, & it takes significant funding to further cancer research & make these hospitals better places.

I am here tonight with my Dad & Mom, 2 of my 3 brothers, my Grandparents, and my Aunty Ginnie. I am 18 yrs old, and we live in Maple Ridge.

Coming into my grade 12 year, I had a lot of dreams & aspirations. I had worked hard in my previous 2 yrs of school and only had English 12 as my main subject to finish up for graduation. My goal had been to apply myself more to my trades of Plumbing, where I had been given the opportunity to begin my apprenticeship & was doing quite well, as well as to working towards becoming a Farrier (a modern day blacksmith), in line with my love of horses and the outdoors.

This was also to have been the last year for 2 other passions of mine: football and musical theatre, both in which I had been involved for many years.

But sometimes life throws us curve balls. On October 1, 2013, my life changed in an instant.

I had not been feeling well for about 2 weeks & had been in & out of the hospital. We thought a CT scan was going to confirm that I had another concussion from football, but then the diagnosis came that nobody expected – the doctor told my parents, “Your son has a brain tumor”. I didn’t know it then, but from that day on I wouldn’t be coming back home for 3 months.

I spent all of October at the Royal Columbian Hospital in New Westminster, and November & December at BC Children’s Hospital in Vancouver. One of my miracles is being blessed to live within a short distance of the best medical care in the world. For this I am so thankful.

As a result of one my 3 October surgeries, I had 2 small strokes & it took me almost 5 days to properly wake up from the procedure.

From that same procedure I also caught a bacterial infection and contracted Spinal Meningitis. By that evening I was on life support and fighting for my life.

But God is good & He sustained me and has seen me through all of that and so much more – to where I’m able to stand before you here tonight. Because of the meningitis I have had to fight to overcome many neurological and physical setbacks. One was a 3rd nerve palsy in my right eye, meaning that my eye slammed shut and didn’t open for almost 3 months.

I also sustained a significant amount of nerve damage that has taken away my ability to walk, run, and be active like I used too. By God’s grace, I have now progressed from being completely bed-ridden to where I am now almost able to walk without a cane. I hope to get back to my quick & agile self soon!

It has not been easy, but I have never been a quitter & I’m not about to start now. I have had 6 months of chemotherapy & many medical procedures.

On May 30th of this year, I underwent a 10 hour “craniotomy” – a major surgery to remove the actual tumor from my head. It was a high risk surgery to begin with—and apparently once they had opened me up & saw what they were dealing with, they said it was literally a miracle that I didn’t have a massive bleed as they worked at removing it.

While the surgery was successful, another curve ball came our way. The removed tumor had “morphed” from the original one that was thought to have been “dead”,into a highly aggressive vascular one – angiosarcoma. This was a shock to the medical team as they said that a brain tumor had never done this before. The first recorded case…Great!

One of the side effects from this surgery is my eyesight. Even tonight as I read from these papers in front of me, I have double vision.

So if I stumble, bear with me. I have to deal with double vision every day and this has definitely taken some getting used to. I try to put a positive spin on it & the way “I see things” – I always get TWO for the price of one!

Shortly after recovering from surgery, on July 9 my radiation treatment began.

No rest for the weary! 30 treatments later, on August 20, I was finally done.

Again, the treatment team at the BC Cancer Agency in Vancouver was amazing. I have been so blessed to have been cared for by so many incredible and gifted caregivers.

I owe a huge thanks to my family for the way they have stood by me & not given up on. They have endured a lot & have had to put up with my whacky disposition at times.

Many of you here tonight you may not share the same beliefs as me and I respect that. But the greatest thing that has come out of this is a deeper faith and a stronger reliance in the God who has been there for me all the way through.

I have learned to be secure in who I am because of God in me, and He is teaching me to be Strong & Courageous with whatever comes my way.

I know that I have nothing to fear or be anxious about because really, at the end of the day, it isn’t even in my hands to begin with. I saw a good quote recently that read:

“PEACE….It does not mean to be in a place where there is no noise, trouble or hard work. It means to be in the midst of those things…and still be calm.”

Things aren’t over yet. I have an MRI coming up in the next couple weeks, and every scan carries with it the possibility of both good or bad news. I will have a scan every 3 months for the next 2 years.

I go to Physiotherapy at Surrey Memorial Hospital 2-3 times per week, as well as carrying on a physio program at home on the days I don’t go there. It’s hard work, but even slow progress is progress.

Tomorrow is the one year mark of my diagnosis. It was a Tuesday morning our family will never forget. And while I still may not know what my future holds, I do know Who holds my future. And I haven’t lost my sense of humor! It’s true: “A joyful heart IS good medicine!”

In conclusion, I want to leave you with a thought. The next time you are up against something tough, realize you have a decision to make in that moment. It will make the difference whether you sink or swim. If something doesn’t challenge you—it won’t change you. We can all learn from hard situations & grow & become better people. A good attitude does make all the difference.

Thank you, and to God be the Glory!”

By Jesse Goerzen
Copied and used by permission from : http://jesseprayerupdates.blogspot.com/2014/09/one-year-ago-this-morning-sept3014-800pm.html

Perhaps, you have encountered a hard time in your life but you have never made the decision to surrender you heart to Jesus. Let me encourage you to surrender your life to Jesus Christ today.  The following is a prayer you could make your own:

Is it the desire of your heart to make this prayer yours? If yes, pray now and according to his promise, Jesus Christ will come into your life.