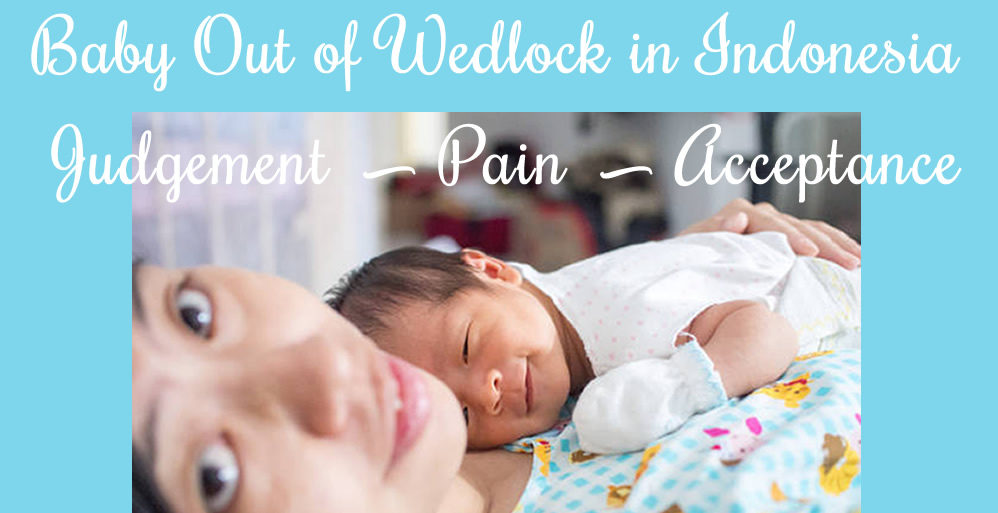 This is the story of Purnama

an Indonesian woman who faced much judgment from others but finally found acceptance.

A mother, abandoned by her husband, trying to do the right thing for her children.

When my husband divorced me and left me with two children to raise by myself, I thought my life was over. With no way to earn money, I had no idea how I was going to provide for my children. I was very scared.

After about a year of getting by on next to nothing, a man approached me and said he wanted to marry me. Thinking he was someone who could take care of my children and me, I moved in with him. But before we got married, I discovered I was pregnant. He pressured me to get an abortion, but I was afraid. So he threw me out and said he didn’t want to marry me after all.

I was so ashamed to be pregnant outside of marriage. I couldn’t face anyone. I wished someone would come along and kill me, because I wasn’t brave enough to commit suicide. Life felt dark and meaningless. I felt like I was the evilest woman in the world. I hated everyone, but most of all, I hated myself.

In the midst of those dark days, another man approached me. He was a widower with four children of his own. Unlike the other man, he was gentle and treated me like a friend. He even helped me when my baby, Lucy, was born.

When his relatives learned he was helping me, they got very angry. But he didn’t care. He continued to care for my children and me. Finally, he asked me to marry him. I agreed, even though this caused a lot of conflict with his family and with his four children.

When Lucy got a little older, we sent her to school. But because she was born out of wedlock, many of the children mocked her, calling her a “prostitute’s child.” Many times, she came home from school crying. But it wasn’t just the schoolchildren who harassed her. Our neighbors also teased and abused her because of her background.

As a result, Lucy grew up to be an angry young woman who hated the world. And the person she hated the most was me, her own mother. Every time I tried to speak to her, she yelled at me and insulted me. You pig! You monkey! It was terrible. My husband’s four children also called me a prostitute. And then my ex-mother-in-law took my first two children away, saying she didn’t want them to grow up like me. She said I was a terrible mother, a terrible person. And deep in my heart, I agreed.

Over the next few years, my husband and I had three more children together. However, he sent his original four children, who were now teenagers, to live with their aunt and uncle, because they didn’t want to live with an “evil” woman like me. Of course, this caused even more conflict between my husband and his family.

One day my husband suggested that we move to Sidikalang, where one of his brothers lived. His brother attended a church there that helped broken people put their lives back together. I didn’t really know much about church, but I agreed to go with my husband.

At our first Sunday service, a woman named Mrs. Mirna invited me to join their women’s group. I had no idea what that was, but I imagined that every woman there would stare at me as if I were an animal or a prostitute, so I decided there was no way I was ever going to go!

Two months later, another woman from church stopped by and asked me to join the women’s group. She said the other women were very nice, that they would love to meet me and pray for me. That surprised me. Why would anyone want to pray for me? I was nothing, a nobody. There was no reason for them to love me. I simply didn’t believe it.

That Christmas, Mrs. Mirna stopped by the house to bring some gifts for my children and the neighbor’s children. I was so touched. For the first time, someone was bringing gifts instead of curses to my family. Maybe the woman who came by earlier was telling the truth when she said the women’s group would like to pray for me.

So I finally decided to attend a meeting. To my surprise, they greeted me warmly and smiled, treating me like I was so precious! All I could think inside was, “No, I’m nothing but garbage!” But I enjoyed the meeting. It felt so good to see their friendly faces.

As I began spending more time with these women and at church, I learned that God loved sinners, and that Jesus had died for me on the cross. It was unbelievable, but I finally accepted it. Jesus loves me! No wonder these peop0le loved me. They had the love of Jesus inside of them.

After two months of attending the women’s meetings, my life began to change. The Scriptures gave me a new perspective on my life. I wasn’t garbage, I was precious. Jesus loved me, and he would never throw me out with the trash. I couldn’t believe what a wonderful love God had for me! Soon, I started to forgive people who hurt me. I even prayed for them and asked them to forgive me for the ways I had hurt them. I enjoyed those women’s meetings so much, and I started to share what I was learning with my family at home.

Around the same time, DCF (Mirna’s Ministry) also arranged to hold meetings for children in the community. They called them “Fundays.” I sent my children, including Lucy, to the meetings. Slowly, I began to see a change in her. Her hatred turned to love, and her violence turned to peace. She stopped rebelling against me and began to help me like a mature girl. She washed dishes, did laundry and took on many other duties around the house. She even reminded my husband and me to pray before meals and before we went to bed! We also started having family devotions together. One day Lucy returned home from a “Funday” and said, “Father, Mother, I love you.” Her words brought tears to our eyes. It was the nicest thing I had ever heard in my life! None of my children had ever told me they loved me before.

What a wonderful life I have in Jesus! Everything is changed – my children, my husband, even my relatives don’t hate me anymore. After years of conflict, we are now at peace. And all of it has been built on faith. Wow! I have received so many blessings from Jesus. How can I ever thank him enough? I am saying, “Thank you, Jesus!” all the time.

Are you, like Purnama,  longing to be accepted and loved?

You Can Receive Christ Right Now by Faith through Prayer

The following is a prayer you can say.

Lord Jesus, I want to know You personally, Thank You for dying on the cross for my sins.  I open the door of my life and receive You as my Savior and Lord.  Thank you for forgiving me of my sins and giving me eternal life.  Take control of the throne of my life.  Make me the kind of person You want me to me.  Amen

Stories of Christians in Muslim Countries

The Story of Andi, an Indonesian Christian Student discriminated by Muslim Teachers

Story of a Buddhist Monk