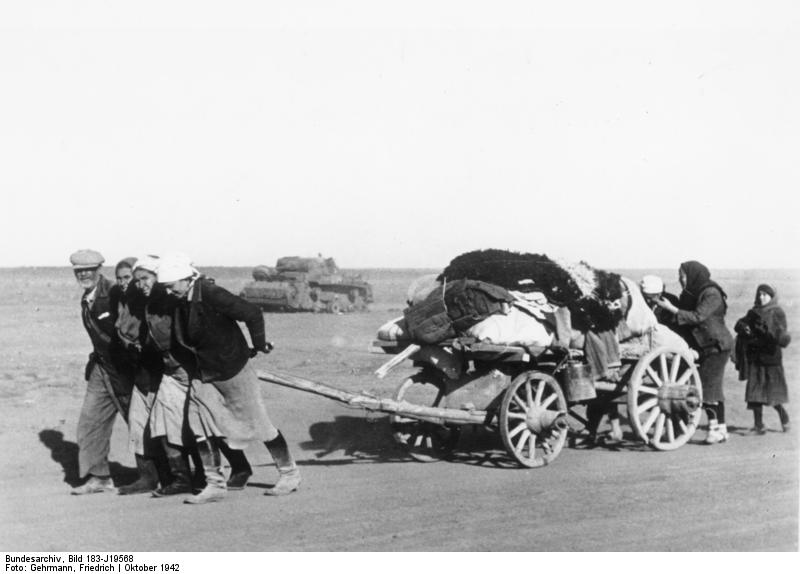 Where do I call home?
My story is one of searching for a place to belong, and finally discovering it with God.

I was born in 1939 in Russia. I don’t remember my father at all because he was sent to Siberia when I was 2 years old. All I have of him is the wedding photo taken the day my parents were married.

Long after, we learned that he had died of starvation. He was another victim of the war. Russia was trying to empty itself of all men of German descent. They thought that if Germany invaded Russia, these men would join with the Germans.

On the run
My first real memories begin when I was 4. They are memories of running. The German army had come to Russia. My family and I, including my mother and aunt, fled in horse drawn carts. My mom, her aunt and I got through, but the rest of my family were stopped and sent back to Russia. We finally ended up in Germany. It was 1943.

My mother worked as a translator for the Russian army. We lived in constant fear of being sent back to Russia. A German woman helped my mother and I leave that area to get into the American zone of Germany, a broken country divided at that time into different districts run by different countries. We fled again, this time using a wheelbarrow. Really! They bundled me in, covered me with wood, and pretended that they were gathering sticks.

The refugee years
We ended up in an American-run refugee camp. There my mother fell ill and began a battle with tuberculosis that would never really end.

We were in that refugee camp for five years. We were just thankful to have regular meals. All this time we were trying to get into Canada, but with no success. Then the door opened to South America so we were off to Uruguay. It was 1951. I was 12.

My mother taught in refugee camps and cooked and I cleaned other people’s houses. I finally had the chance to do formal schooling and went to high school where I re-dedicated my life to the Lord. I had heard about Jesus Christ when I was nine, but I had slipped away. This was one of the times in my life when I turned back to Him. There would be more.

Mother continued to be in and out of hospital. By the time I was 17, my mother died.

I was alone in the world.

A kind missionary couple from Canada wanted to adopt me and bring me to Canada but that didn’t work out. I continued to work, cooking and baking for a Jewish woman. I told her that I didn’t know how to do anything, but I said to her: “If you have a cookbook, I will learn.” To this day, I still love to cook and bake.

Love at last
I met the man who would become my husband, Hans, when I was 18. We married a year later and moved to Paraguay where we began our family; we had our three daughters there.

In 1971 our youngest son was born—in Canada. I had finally made it. We came to Canada because my husband had malaria and the doctors said only a complete change of climate would help him. He had brothers here, so that is what we did.

We liked Canada right away. But it was hard to get used to the new customs and new language. It took a while. But we settled in Vancouver. I worked as a cook; after all those years the lessons from the woman in Uraguay still helped.

A place to belong
It was here in Canada that I rededicated my life to the Lord once again. It was 1973 and I haven’t looked back since. God has been so faithful. I experience His mercy every day. My husband died 15 years ago. I still miss him. But God is with me.

For me, this long journey has been about belonging, or maybe, not belonging.

But with God, you are at home no matter where you live or where you are from.

My most recent experience when I felt Him so very close was when I was trying to decide whether or not to go on a mission trip. I was full of fear so I asked Him for a sign. Kind of a silly sign because I attend a church that does mostly modern music. But, I said to the Lord, “If you want me to go on this trip then give me a sign, this Sunday, let us sing this song When Peace like a River.” And in Church that Sunday morning, that is exactly how the worship leader ended the service, with that old hymn.

The Lord is listening. He is there when you need him. He answers prayer. He gives new courage. And courage is something I have needed. Even when you feel you are alone, you are never alone. God is just a prayer away.

If you would like to experience the reality of God’s presence in your life and have a personal relationship with God through Jesus Christ, you can say this prayer:

Remember, God is just a prayer away.

Heaven on my Mind