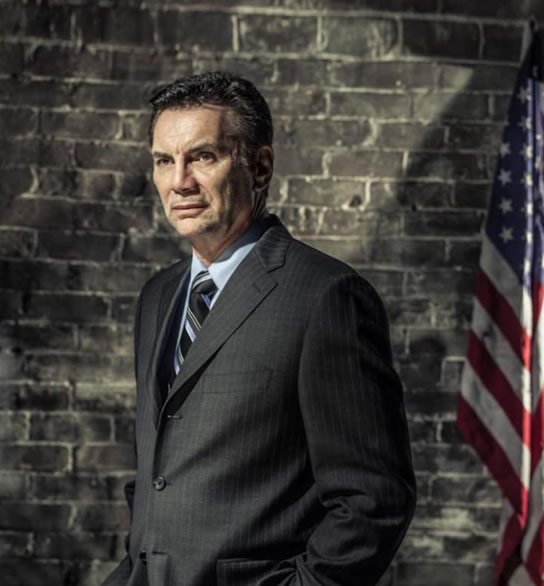 According to the Fed’s, Michael Franzese, son of N.Y.’s legendary Colombo Family Underboss John “Sonny” Franzese, was the biggest money earner for the Mafia since Al Capone. A 1986 Fortune Magazine cover story titled, “The 50 Wealthiest and Most Powerful Mafia Bosses,” ranked Franzese number 18. At 34, he was by far the youngest on the list.

Referred to by the media as, “The Prince of the Mafia” and the “Yuppie Don,” he was reputed to be a “rising star” in the family, destined to become boss one day. At the height of his career, he was generating $6-8 million a week masterminding legal and illegal activities that included a gasoline distribution network that sold a half-billion gallons a month, a gambling operation that impacted athletes, union rackateering, auto dealerships and feature film production. His holdings included millions of dollars, several homes, a helicopter, lear jet, and luxury boats.

So intricate were his activities, the justice department organized a 15 man multi- agency task force comprised of federal, state and local officials, with the sole purpose of bringing down the mob’s most prolific young star. Famed Manhattan U.S. Attorney Rudolph Giuliani led one of five prosecutions of Franzese, none of which after lengthy trials resulted in convictions. Law enforcement remained undaunted, however, determined to bring him down.

The mob life is a turbulent one, filled with treachery and deceit. At a relatively young age, Franzese appeared to be very adept at navigating the often dangerous waters of La Cosa Nostra, and insulating himself from law enforcements ever expanding web while increasing his power and influence along the way.

But, God had another plan for Franzese. And it began on the set of a movie Franzese was producing in south Florida titled, “Knights of the City.” The cast included Sammy Davis Jr., Smokey Robinson and a beautiful, 19 year old dancer from Anaheim, California — Cammy Garcia.

“I was relaxing by the hotel pool when I saw this beautiful young woman emerge from the water.”

All of a sudden, I was watching her in slow motion. Like Rene Zellweger’s line from the movie, Jerry Maguire, “You had me at hello,” this young beauty had me as she exited the pool slowly, shaking the water from her hair.

Michael invited Cammy to join him for a cup of coffee. Five times she would accept his offer, yet never appear. She would very politely reschedule.

“One night, we were leaving a cast meeting and I noticed she appeared to be upset. I approached her, thinking this would be my opportunity to be a hero. We talked. She told me she was a Christian and that some things happening on the set did not sit well with her. She was planning to return home.”

She eventually would return home, accompanied by Michael.

A 19 year old dancer managed to do what a Federal task force could not. Michael was so taken in by Cammy and her genuine commitment to the God in whom she believed, that he planned to do what no other “made member” of La Cosa Nostra had done before him. Quit! Others before him had defected to become government informants, slipping into the cover of the witness protection program. But no one had ever quit.

The timing was right. The feds had managed to turn one of Michael’s principal business associates and hit him with yet another racketeering indictment. Seeing it as an opportunity to begin his break from the mob, Franzese instructed his attorney’s to negotiate a plea with the government attorneys. Rather then proceed to trial, he would plead guilty, do some time and gradually plan his defection from the mob life. He would marry Cammy, move to the west coast and settle there upon his release from prison, far from the mobbed up streets of Brooklyn. The government jumped at the opportunity to convict him. He would agree to a 10 year sentence, $15 million restitution and forfeiture of considerable assets. The deal was done. Michael’s plan was in motion. Apparently, however, God had another plan.

Cammy had introduced Michael to her faith in Christ, an introduction that ultimately led to his surrender, not just to the law, but to grace, to the Lordship of Jesus. Vanity Fair called Cammy “the woman who changed the face of organized crime in America”  because of her impact on Michael, an impact she continues today as his wife of 22+ years.

After serving five years in prison Michael was released on parole to begin his life new life with Cammy. But the government was relentless in their desire to have Michael cooperate against his former associates. And the family boss wanted him dead. Under tremendous pressure from both sides, he violated his parole and was sent back to prison for what the feds assured him would be a very long stretch

“This was the darkest moment in my life. Everyone was mad at me – the mob, the Feds, even my wife. What would Cammy do now? What about my kids? Would I survive the mob’s fury in prison? I was angry with myself, beaten down — emotionally drained. The pain I felt in my heart was unbearable. A guard walked by my cell and noticed my demeanor, asking if I was OK. He left and returned with a bible. I never saw him again. Angry with God, I threw the Bible against the wall. Although I had turned on God for that moment, God did not turn on me. The Bible fell open to Proverbs 16:7 – ‘When a man’s ways are pleasing to the Lord, he makes even his enemies be at peace with him.’

The fellowship of a prison guard completed what Cammy had started. That night, alone and on my knees, I surrendered control of my life to the God in whom I had only believed.”

The fed’s plan for a very long prison stretch turned into Michael’s serving 3 years in the hole where he hungered to develop his personal relationship with Jesus. God’s plan for Michael’s life was in full motion.

Upon his release, Michael was recruited to educate student and professional athletes about the dangers of gambling. Since 1995, he has presented to both MLB and NBA players and rookies each year, spoken at more than 275 Division 1 colleges on behalf of NCAA, and has launched Breaking Out, a foundation designed to carry the gambling addiction prevention message to youth. He is a regular speaker at Christian events, including Churches, Men’s Groups and Festivals, and he is frequently the Keynote at events for corporations, business and law schools, and law enforcement groups. His book “Blood Covenant,” tells his story of transformation. (www.michaelfranzese.com)

Would you like to meet the God who was worth leaving the mob for and risking death for? Would you like to know what he has planned for your life? If so, let Jesus show you how to obtain it. If you don’t know Jesus, we encourage you to pray the following prayer:

Lord Jesus, I want to know you personally. Thank you dying on the cross for my sins. I open the door of my life and receive You as my Savior and Lord. Thank you for forgiving my sins and giving me eternal life. Take control of my life. Make me be the person you want me to be.

Is it the desire of your heart to make this prayer yours? If yes, pray now and according to his promise, Jesus Christ will come into your life.

Setting up a  Proper Foundation in Your Life for a Successful Business and Personal Life – Dr. Ed Becker

Business man Skip Ast had his life completely turned around for the good, Success followed.

Unexpected Opportunity Herb Buller talks about how having cancer in his eyes turned into positive opportunities.