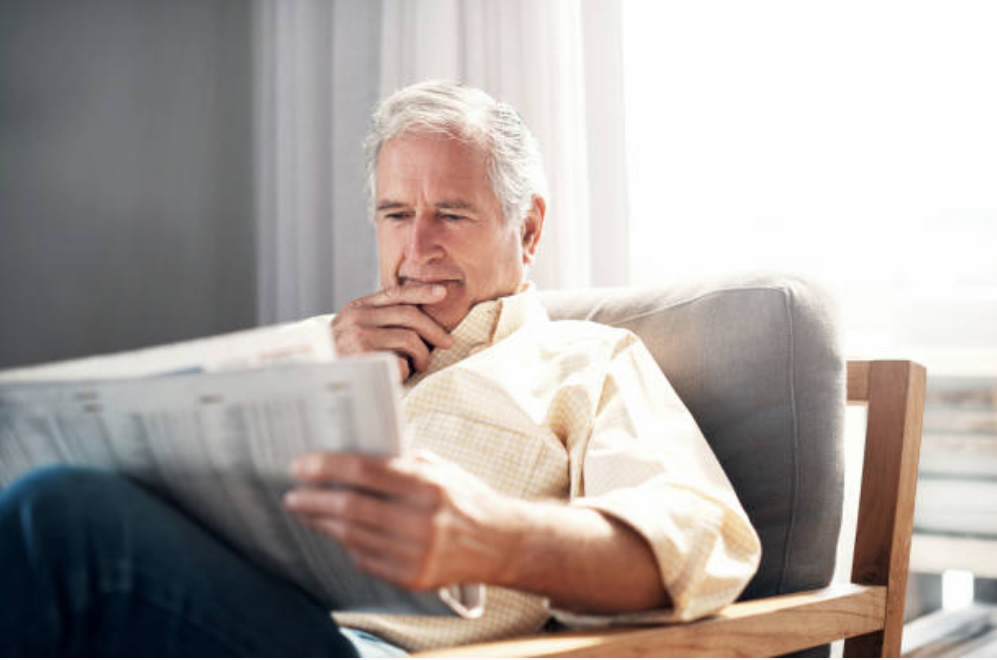 In 1977, I thought I was successful. I owned 50 per cent of a successful business, had a Ph.D. and was married with three children. I believed I had accomplished this all through my own capability and wisdom. I thought I could accomplish anything if I just tried hard enough. My knowledge, strength of will, college degrees and business success were important to me, and I put them ahead of everything else.

My 20-year-old son Alan had different priorities. He tried to tell me what Jesus Christ meant to him, but I was convinced I didn’t need Him. I told Alan that I could do everything myself. I was so firm about rejecting the Christian faith that Alan told his pastor, ‘My dad will never become a Christian!’ As a chemical engineer, I had tried to prove or disprove the existence of God as one does chemical reactions in a lab. The tests came up empty, so I ignored God.

Alan later became seriously ill and was admitted to hospital. After his heart stopped beating, I stood outside the emergency room struggling with pain, anguish and helplessness. It was here that I realized I could not do everything myself. There was nothing I could do as my son hovered on the brink of death. I didn’t even know how to pray.

Alan survived the cardiac arrest, but he was in the hospital for a long time suffering from a serious head infection. He told me, ‘God is in charge. If God’s purpose in my suffering is to bring you to Christ, then everything I’m going through is worth it.’ I was astonished!

I read Alan’s Bible to him every day at his bedside. For the first time, I began to learn what theBible was really about. And I began to learn about Jesus. Alan’s strong belief in Jesus, combined with what I read in the Bible, made me realize that Jesus was real. He had to be who He claimed to be. Although I tried to believe that He was nothing more than a great teacher or prophet, this argument didn’t stand up to the test. He claimed to be the true Son of God. I decided that Jesus must have been telling the truth, and I accepted His claims.

A month later, I asked Christ to take charge of my life, to be my Lord and Saviour. I knew God wanted me to have a more meaningful life. Alan was thrilled when I told him about my decision! He had prayed for a long time that his father would know eternal life.

Three weeks after my decision, Alan went into a coma. For three days I hardly left his bedside, until finally he slipped away from life on earth to be with his Lord and Saviour. I had looked forward to sharing my new Christian life with my son, but I knew that he would now spend eternity in heaven and that I would see him again someday. Though grief stricken, God gave my wife and me a peace and hope that surpassed all human understanding.

The Bible says in 2 Corinthians 5:17 that if anyone is in Christ, he is a ‘new creation.’ The old self has gone and the new has come. This certainly was true in my life. God now has first priority, followed by my wife and family, and then my business. My principles for decision-making have also changed completely. I ask God for help in making daily business decisions, and no longer rely solely on my own knowledge. I have found that God’s infinite wisdom is vastly superior to my own. Best of all, there is joy in my life no matter what happens to me. I know that I have eternal life to look forward to.

How do you define success? Why not ask Jesus for his definition? If you don’t know Jesus, we encourage you to pray the following:

Ed Becker is the co-founder of Econotech Ltd., a successful Canadian company that provides technical support for the pulp and paper industry.

In loving memory of Dr. Ed Becker who passed away late September 6, 2010 after struggling with Alzheimer’s Disease. Dr. Becker was a major supporter of this web site both financially, personally and through prayer. He will be greatly missed.

Correcting My Priorities in Business and in Life  – Another Article by Dr. Ed Becker

Getting Life Back on Track by Marvin Kehler

Why do YOU want to be Successful?  Business leader Peter Chung, a Christian business man, shares about his experience.