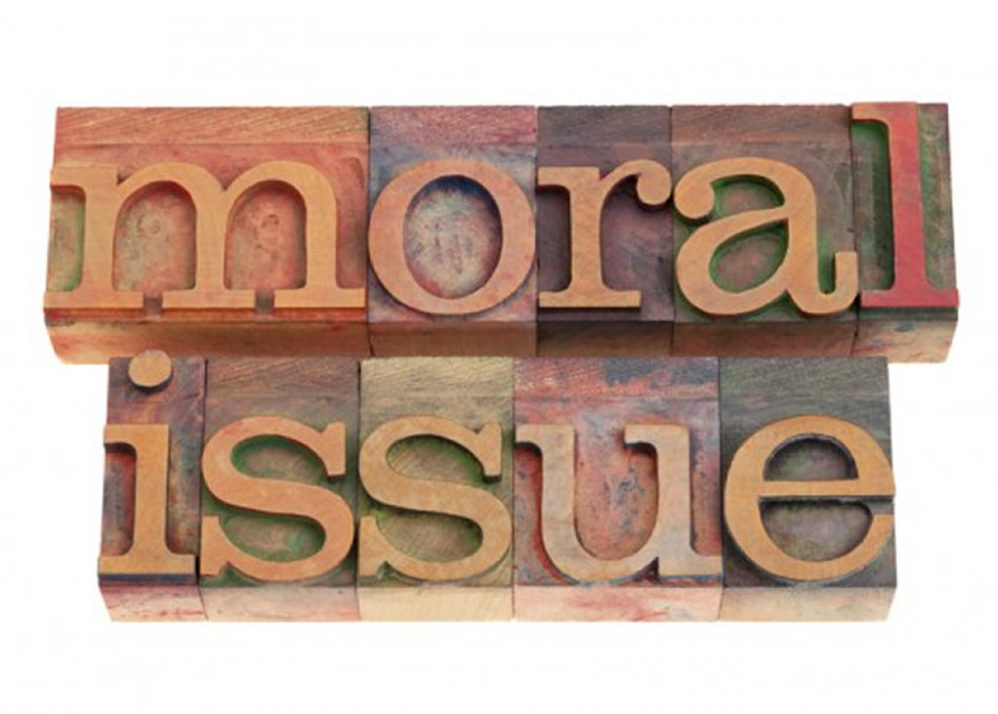 Is There Any Real Right or Wrong?

What would you do if, during World War II, you were hiding some Jewish people in your home and a Nazi soldier came to your door and asked if there were any Jews inside? Would you tell the truth and consign these innocent people to death, or would you lie to protect them? Most people respond to this question with the “logical conclusion,” that they would lie and protect the Jews. For years now, many people have used such moral dilemmas to disprove the existence of moral absolutes. Lying may be wrong in most situations, they say, but not in all situations. But what do moral dilemmas really prove? I argue that they do not prove that there are no moral absolutes. That conclusion does not follow from the above example. To the contrary, there would be no dilemma if there were no moral absolutes. Moral dilemmas merely show that in some circumstances one must choose the greater good when more than one absolute impinges upon the situation.

Because of moral dilemmas like this one, and other major disagreements over ethical questions like abortion, euthanasia, pre-marital sex and capital punishment, many think that ethics must be relative to individuals, culture or time. People do not realize that an increasing number of philosophers these days think that ethical relativism is naive and that morality is objectively true.

Surveys tell us that most people in Western society claim to be moral relativists; that is, they claim that what is right for one person is not necessarily right for another. But it is very easy to say there are no objective or absolute moral principles. It is much more difficult, however, to live as if there are none.

The way we live, our behaviour and the way we respond when people treat us, the judgements we make when other people are mistreated-these things reveal what we really believe about right and wrong. For example, we believe it was morally wrong for the Nazis to torture and kill six million Jews during World War II. But we not only think it is wrong, we think everyone should agree that it is wrong. This is not to say that something is wrong just because everyone agrees it is wrong. There is a logical possibility that we are mistaken and it is just our cultural conditioning that tells us these things are wrong. This may be a logical possibility, but is it very likely that our deepest intuitions about this matter could be mistaken? That would mean torturing people is not really wrong; we just think it is. But if this basic intuition is wrong, that is, if it is merely the result of cultural conditioning, could it be possible that our other basic beliefs and intuitions, such as our belief in cultural conditioning, are also the result of this same conditioning process? If so, it seems this line of reasoning is self-refuting. It fails its own test.

Most people know that such atrocities as what the Holocaust are genuinely, objectively wrong. Christians believe that if objective principles of right and wrong exist, there must be a foundation for them. And the foundation that makes the most sense is the character of a perfect and holy God.

Would you like to have a personal relationship with God through Jesus Christ,? You can start by saying this simple prayer:

Lord Jesus, I need You. Thank You for dying on the cross for my sins. I open the door of my life and receive You as my Savior and Lord. Thank You for forgiving my sins and giving me eternal life. Take control of the throne of my life. Make the kind of person You want me to be. Amen

What is Your Measuring Stick in Making Decisions?

What are Your Ethical Standards?

How to Deal with What You Feel by Rick Warren

God’s Plan or My Plan?