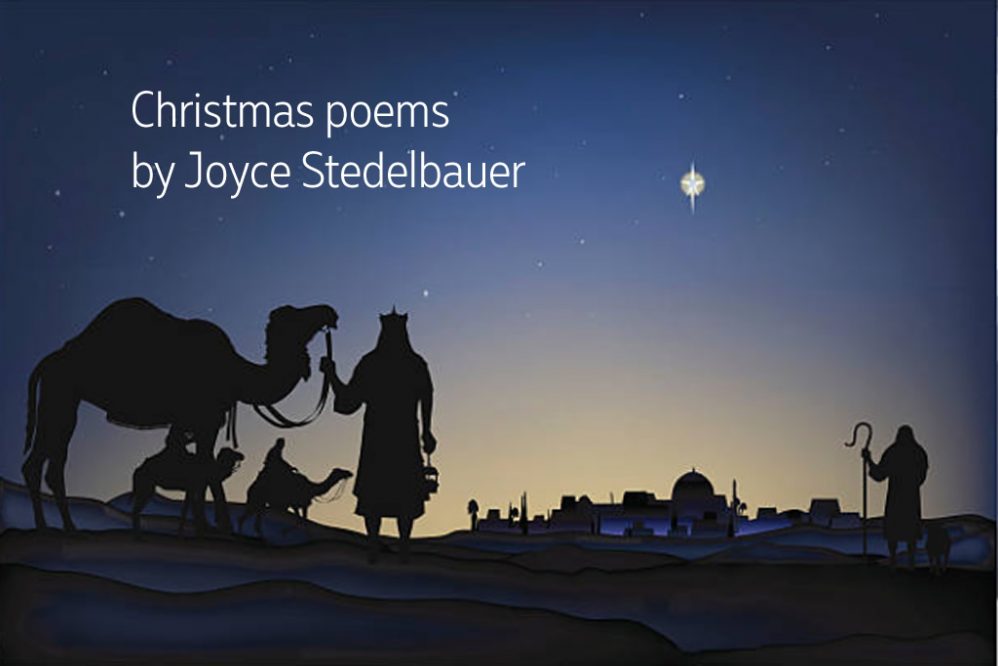 The rich caravan from the East slowed on the hillside before Jerusalem. The wise men carried treasure boxes of precious gift wrapped with strong cords the color of sunrise. They marveled at the golden sigh of the Glorious Temple rising about the walls of the city. Surely this must be the Temple of a great King.

They would pay their respects and press on until the miraculous STAR they were following finally stopped. They rejoiced and sang Psalms of ascent, Our feet are standing within your gates O Jerusalem. (Psalm 122)  ensing that their journey to find the King of the Jews was almost completed.

How do you know it was His star?
Did you have ancient prophets’ scrolls to study?
Were you perhaps Jews,
descendants of Queen Esther’s people,
those who sat weeping and hung their harps
in the willow trees?
Did they stay behind when Ezra and Nehemiah
led the return to Jerusalem?
After the first Purim celebration
was business very good in Babylon?

Did you debate what Isaiah meant when he wrote that
A Virgin shall bear a Son,
and ponder how to find Bethlehem in Judea
where Micah had spoken of the birthplace?
Did you nightly search the black-tented desert skies for
The Star that would arise out of Jacob?

There was no more wondering.
Suddenly out of the pit of night, radiance rose,
brilliance beyond measure. Without mistake,
this was a supernatural star, indeed,
The Daystar.

Friends called you foolish.
Hastily packing for an arduous journey.
preparing gifts for an Infant King,
a mission without precedent.

The Star moved, you followed with courage like Daniel.
Dry days, lavish nights under the Star-struck sky
until Jerusalem appeared like a golden city
descending out of heaven
and The Star stood still over a stable.

Yes, Isaiah, Micah, your directions were accurate.
A Star did rise out of Jacob, from the house of David.
Wise men still kneel before the
King of Kings.

Learn about how much God loves you and How you can know Him and follow Him.

The Streets of Bethlehem by Katy Kauffman