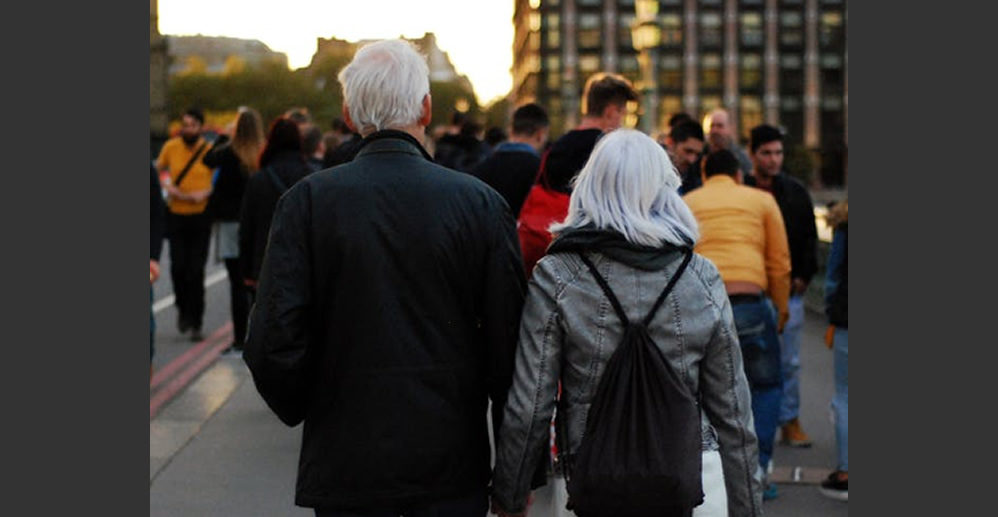 How long has it been since you have spent over 2 months with one person? I’m talking day and night, 24-7! Probably not since being with yo’ mama! Well, my wife, Anne, and I…just the two of us…took a once in a lifetime trip in the summer of ‘03. We rented a 36’ motor home in Langley, B.C. (western Canada) near Vancouver and off we went.

We began planning this full summer “get-away trip” the previous fall, and after several considerations, our plan evolved into a 5,006 mile adventure from Vancouver, Canada…back down to glacier national park in Montana…then north to Canada again, through Banff, Lake Louise, Jasper…and on up the Alcan highway into Alaska, through anchorage… out west to the literal end of the road, homer! We then made a u-turn and headed back east and south, down the “Marine highway” on the ferry systems of Alaska and Canada.

It was indeed an adventure for sure, but also quite a challenge. The roads are often mountainous, curving and narrow, with little or no shoulders at all. and the days were packed with so many decisions to agree on, i.e…when to leave, when to stop, what to eat and when, where to park at night, which spot, what view, how private and on and on and on…everyday! yes, it was indeed a challenge! I learned many things from this trip – especially these five:

Anyway, when we turned the motor home that last morning, Anne and I both shouted with glee, “we made it, we actually made it!!!”

But, that’s not the focus of my story. What I want to express is a wonderful by-product of the trip.

You see, long before the trip, I began visualizing what each day would be like, and I saw a relaxed casual approach to everything. Thinking along those lines, I decided my mornings would be mine, no rush, no pressure. I love long quiet times alone when i wake and draw near to god through devotionals, Bible reading and just thinking and praying. this is a special time for me.

With all that in mind, I decided I would read the New Testament again, slowly and thoroughly, reviewing the footnotes, reading the corresponding verses, i.e. — a slow, relaxed absorption of it all by adding this study to my usual morning times with the Lord. How wonderful, I thought. I’ll have plenty of time, no rush, just slow and easy. I can’t wait!

Fast forward now to only 2 weeks left on our journey and I was only in the last part of Matthew. Can you believe it?! I had not even completed the first book of the New Testament.

It’s difficult to explain how this happened, but in reality, I just had not done it. With the long days (sunsets at midnight), I stayed up later. Then the early dawns at 4:00 a.m. or so, made for fitful sleep, plus some medication contributed, as well as a casual, procrastinating, relaxed approach to time in general. Looking back over those first six weeks of all that, plus outright laziness, I just didn’t get it done.

I was pretty bummed about it, kind of depressed, knowing it was too late to complete my plan, reach my goal – accomplish what I determined to be “wonderful”. I had blown it!

For some reason as I sat there, I began thinking about, what is the one most important thing god desires of and for me? I thought of the time where some lawyers asked Jesus, “what is the most important commandment?” He answered, “You are to love your God with all your heart, soul, strength and mind and likened unto that – love your neighbor as yourself.”

He created us to love him, then others. Well, I pretty well had known all this – not thinking about verbs and all that. I felt I was a pretty good “lover”, in general, as per the command. I’m thankful and grateful. I pray regularly for his kingdom – I pray for folks. I try to be obedient, be responsible/spirit led, a good giver, I help others, try to evangelize, introduce others to the Lord, draw near to God every day, asking for an ever-increasing love for him and others. I gotta’ be a good “lover”, right?

But my thoughts continued on thinking that if love is my most important action response to God, then what specifically is love? I mused over some scriptures as they came to mind; scripture says God is love….love covers a multitude of sins…without love as our motivation, all other actions are empty, worthless, like a bell with no “clangor”…God so loved the world that He gave His only begotten Son…they’ll know you by your love. Now understand, I was just thinking, not making an exhaustive search through the Bible or going to a concordance, etc….just sequence thinking things out.

In my memory, next came the “love chapter” – 1 Corinthians 13. Love is patient, kind, not rude, etc….I have read it, and heard it, at almost every wedding scores of times, but I couldn’t recall all of it, so I turned to it in my bible and read:

“Love is patient, love is kind, and is not jealous, does not brag and is not arrogant, does not act unbecomingly, is not rude, does not seek its own, i.e. not self-seeking, is not easily angered or provoked, does not take into account a wrong suffered, is not resentful, does not rejoice in unrighteousness, but rejoices with truth; is long suffering, bears all things, believes all things, hopes all things, endures all things. Love never quits, fails or ends.

I stopped right there and I was prompted to think of this as a “behavior scale” to see how I was doing. Oh, I’m fine, I thought. I have known this for years, I mused, until I re-read….love is patient, love is kind, does not act unbecomingly (those three were far enough and more). I had failed all three of them in the last 24 hours!

My 67 days, 24-7 with Anne had partly been a difficult adjustment to which my response was impatience, intolerance, rudeness, anger and arrogance among others! Slowly I realized that in my every day life, I had also committed these same sins, but interspersed among them were many times of “doing good” also, which diminished their significance (to me).

Confined in the motor home, one on one, day after day, god showed me clearly my true, unloving behavior. There was no getting away from it. Then I experienced even greater shock because this was the first time I realized that this behavior convicted me of failing in my love for God.

I had never equated my behavior toward others as lack of love for God. I think my past approach was that “I’m human;” I’m not perfect, I’ll try, then confess when I fail, he forgives me (1 John 1:9), which is true; however, this does not fulfill his intentions for me.

Now, understand that I have always known that this behavior is sin, i just had not thought of it as the sin of me not loving God as per the commandment, “if you love me, you’ll keep my commandments”. At any rate, I was convicted right then.

Jesus said, “They’ll know you by your love.” Love that is patient, kind, not rude, self-serving, not envious (jealous), not a braggart, not arrogant, that is not easily provoked, not resentful and all the others – 1 Corinthians 13.

The scripture that teaches, “be doers of the word, not just hearers” came to my mind and that the “love God and love others command” is the most important of all, and it is specifically spelled out in 1 Corinthians 13. It is the very foundation of the faith, i.e. first things first. Again, Jesus said, “If you love me you’ll keep my commandments.” Keep this one and we’re a long way along on keeping them all! I felt like God then said to me, “Norm, love is the New Testament”!

Right then I made a bookmark and wrote down these “love specifics” from 1 Corinthians 13. Since then, I’ve tried to begin my morning prayers by going down the list, rethinking the past 24 hours and confessing my failures to him, one by one (if I hadn’t already confessed them when they happened).

After that, I start with patience again and go through the list asking god to give me the patience of Christ, the kindness of Christ, not to be selfish or jealous, or resentful or rude, on and on, after which reminding him that he said he would give me anything I asked for that is in his will!

You know what? He’s doing it! I’m loving more and better! I’m happier, slower to anger, less intense, more friendly, i.e. more patient and kind! Less rude, on and on!

I’ll close with this question. Can you quote me the scripture, 1st Timothy 1:5?

“The goal of our instruction is love, from a pure heart, a good conscience and a sincere faith!”

Let this be our prayer for one another!

by Norm Miller
Chairman of the Board
Interstate Battery System of America, Inc.

Do you relate to some of the negative attitudes that Norm wrote about?  Would like to change them to reflect love, peace, kindness?  God put the Holy Spirit in our hearts to change us.  You could repeat this prayer and ask Him to direct your life f rom now on..

If you prayed today and asked Jesus Christ to come into your life and take control, we would love to hear from you.

Norm Miller, Interstate Batteries Chairman, began his career with the company shortly after graduating from North Texas State University in 1962. In the past 42 years, he has moved through the ranks of Interstate – from his father’s Tennessee distributorship, to the National Field Sales team at Dallas corporate headquarters, and on to the helm of Interstate’s Executive Management Team.

Miller assumed the President and Chairman roles in 1978 after working 16 years under his mentor, company-founder John Searcy. Since then, Interstate has grown to become the number one replacement battery in North America. Searcy developed the successful Interstate system of marketing, product delivery and service, and Miller expanded the team that established the current Interstate network of more than 300 distributors and 200,000 dealers across the U.S. and in Canada. Unit battery sales have steadily improved from the 1965 total of 250,000 to a world record of more than 13.7 million replacement battery sales for a twelve-month period ending this past December. In 1991, Norm relinquished the Presidency to spend more time focusing on other strategies and issues facing the company.

Additionally, Miller led the company in the founding of the Interstate Batteries Great American Race in 1983 and it has become the world’s richest old car race and American’s premier vintage car event. In 1989, he pioneered Interstate’s entry into NASCAR racing. Teaming up with Joe Gibbs Racing in 1992, Interstate won the Daytona 500 in 1993 and the prestigious Winston Cup Championship in 2000.

1974 was a major turning point for both Miller and Interstate Batteries. It was during that year he became a Christian and changed the way he approached business and his personal life.

Through all these years and successes, Miller has maintained a commitment for spiritual development, as has the Interstate management team. As a result, Interstate encourages employees to develop fully as individuals, not just professionals. With the stress and pressures of the times, combined with those of career and family, it is crucial for people to have easy access to spiritual support. Interstate management believes the workplace is definitely included, and therefore they try to make God’s love and help a priority in business.