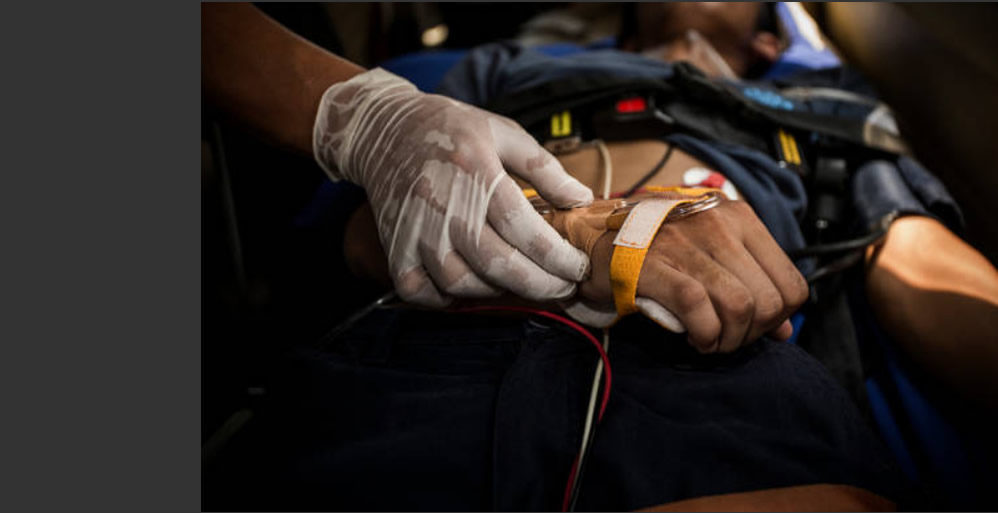 Your Son Has Been Shot!

“Your son has been shot,” the ambulance attendant told me as they wheeled our son Mark into the hospital lobby.

The grocery store where our son worked evenings and weekends had just called and told me to rush to the hospital because Mark had been hurt. But they didn’t tell me what happened.

When I saw Mark’s ashen face I was shocked, but also very thankful he was alive. It was the evening before his 18th birthday.

They rushed him to the emergency room and I stood there watching as they peeled back the bloody bandage, revealing the gun shot wounds. The bullet went between his bottom two ribs and out the back. Then they began to look for a vein so they could give him antibiotics intravenously. I guess I must have been quite pale, because one of the nurses said I better sit down, which I did.

I sat there stunned, not being able to take in what had just happened. Shootings happen to someone else’s family, don’t they?

Is this what Mary, the mother of Jesus felt like, I wondered? When she saw Jesus on the cross, wounded and bleeding, was she numb? Did she want to scream at the men who nailed him to the cross? How could she bear watching?

Every time I hear a child cry in pain, every time I see starving children on TV or hear about a child being abused, my stomach turns into a knot. How could anyone be so cruel?

It took about three months for our son to recuperate. The man who shot him was never apprehended. (He walked out of the store with a cart of stolen groceries and Mark had followed him.) We prayed for this man.

We must accelerate the prayers for the mothers of the hurting, hungry, thirsty and wounded children of the world. Pray for them. Ask God to show you how you can help.

Father, sometimes it takes a shocking experience to open our eyes to the pain around us. Give us seeing eyes and compassionate hearts. Don’t let us become apathetic. Amen.

God Has a Plan for Your Life