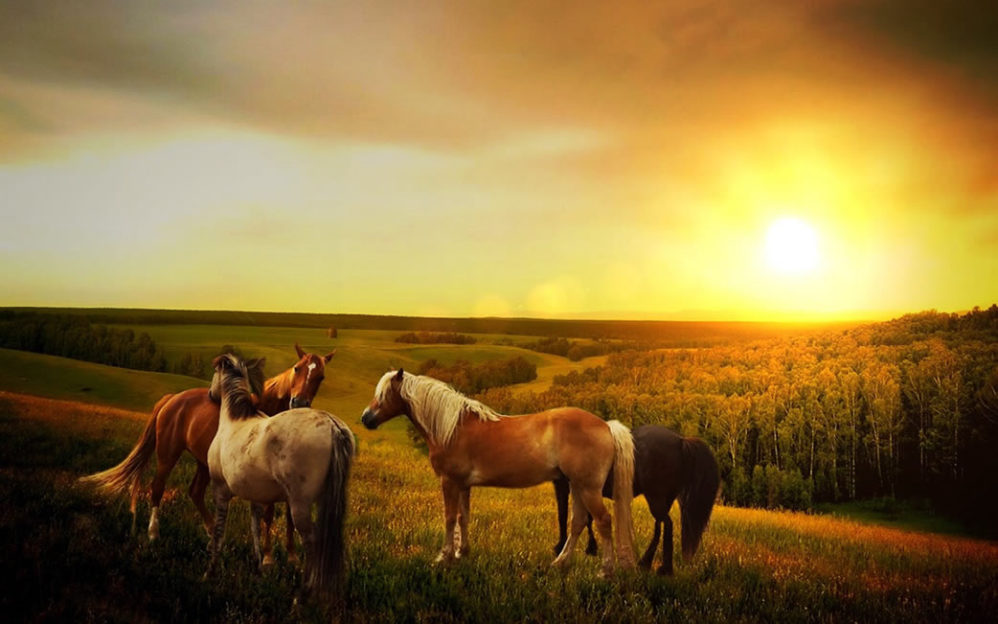 Seems like every one I talk to has read Bruce Wilkinson’s book, The Prayer of Jabez. I wonder what will happen when millions of Christians pray,

“Oh, that you would bless me indeed and enlarge my territory.”

If these prayers are sincere, the results will be significant. God will answer.

We lived on a five-acre plot of land with two houses, a few horses, a dog and a cat – a nice hobby farm. We have the joy of having our daughter and her two daughters living in the rental house on the property. During the fall and winter when the days are short, the children rarely strayed far from the house. They found plenty of room to play close to the house, but their borders were quite small.

As spring arrived and the sun warmed the air, it is time to go exploring.

One day, I drove into the yard and five-year-old Tia came running up to me. She was very excited! She had some good news to share.

“Grandma, Mercedes and I went on a journey today.”

She pointed to the west corner of the fenced property.

“We walked all the way to the blackberries over there.”

“You went into the field with the horses?” I asked.

Then she pointed to the east corner of the field and continued,

“And then we walked to the blackberry bushes over there and we almost stepped on a pile of horse pooh and then….”

Her enthusiasm was contagious.

They had been on an exciting journey. That day their borders were expanded from the lawns around their house to five acres of pasture, horses and blackberry bushes. They were elated. The fields had been there from the day they moved in, but had brought the girls no joy until they ventured out and experienced them. Now they know the wonders the land contains. And I know there will be other journeys for them.

How big is your territory? Are you stuck within small borders? Are you willing to “take a journey?” Are you ready for some excitement? Do you want God to bless you and expand your territory? I challenge you to pray the prayer of Jabez.

Father, like Jabez, I pray, “Oh that You would bless me indeed, and enlarge my territory, that Your hand would be with me, and that You would keep me from evil, that I may not cause pain.” Amen.

by Katherine Kehler
used by permission

Top Ten Ways to Teach Values to Your Kids