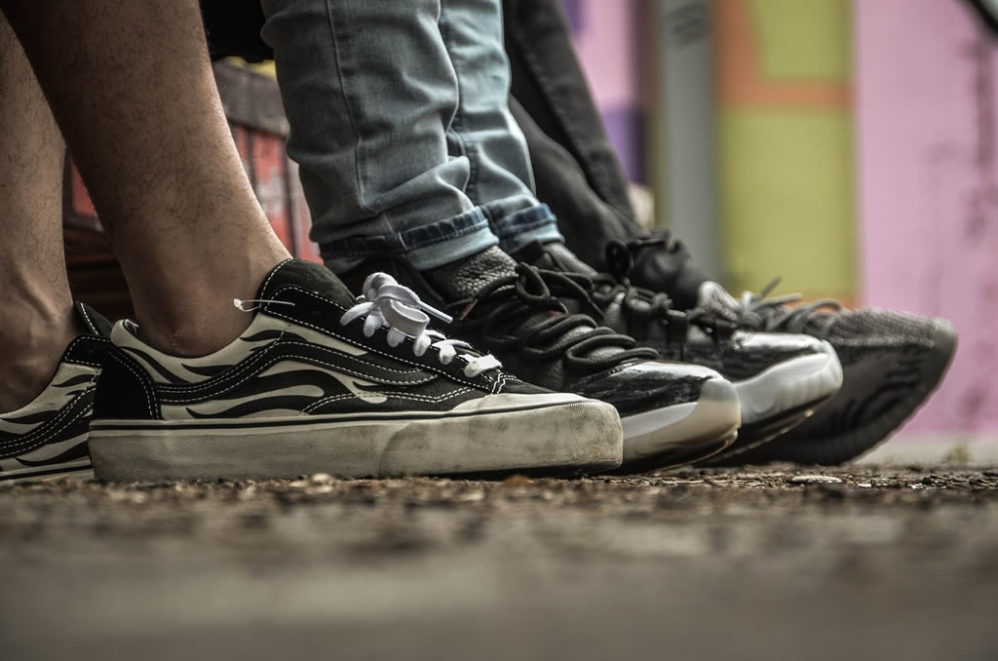 When our son, Samuel, was eight he wrote a treatise entitled, “How to Be Good.” It still brings a smile to my face as I recall this young boy’s wisdom. His unedited work began, “Obey your parents and GOD.” It is amazing that even as a little boy, Samuel seemed to recognize parents as God-appointed guardians—ones he should obey. And he was right. The Lord has given parents the authority and responsibility to protect the innocence of their children—whether they are five or 15.

It’s so easy to say that children should obey their parents and that parents should discipline and instruct their children. But how does this really look when we are dealing with that tough breed called teenagers? When children are younger, a parent can establish much more control over their lives. But teenagers have such a menu of choices today, and their desire for friendship, acceptance, and freedom make them easy prey for Satan’s deceptive schemes. What’s a parent to do?

Please hear me. Barbara and I are not perfect parents. (Just ask our kids.) It’s so comforting to know that our instruction book, God’s Word, does not change with the culture. Our heart’s desire is that our children will “Know wisdom and instruction, discern the sayings of understanding, receive instruction in wise behavior, righteousness, justice, and equity” (Proverbs 1:2-3).

Over the years, we have found that there are three areas that need to be addressed when dealing with the vast array of issues facing adolescence. I like to call them the ABC’s of parenting teens:

ACCEPTANCE: Teenagers crave approval. At 13, suddenly other people’s opinions (besides mom and dad’s) become preeminent. Let me warn you, if adolescents become isolated from the family and do not feel loved or accepted, then they won’t be able to properly navigate peer pressure.

BOUNDARIES: I thought my mom and dad were much stricter than my buddies’ parents. Mom always wanted to know what time I was going to be home, where I was going, and when I would be there. However, I am convinced today that her accountability saved me from many a sin.

Parents, your teenagers need you to be involved in their lives. Yes, they are pulling away from you, and they may act as if they don’t need you, but they do. They need your inspection, your probing questions. They need boundaries, and they need to be accountable to you to stay within those boundaries. Set clear boundaries.

CHARACTER: Teens need to learn how to make wise choices and how to stand strong under pressure. During my perilous teenage years, my dad was the model and hero I needed. He taught me the importance of hard work and completing a task. But more importantly, he taught me about character. He did what was right, even when no one was looking. The mental image of his character still fuels and energizes my life today.

Okay, Rainey, I hear you asking, “How exactly do I wrap acceptance, boundaries, and character around the tough issues that my teenager is facing today? Well, let’s put a little shoe leather to these ABC’s and address a few questions.

How can I help my child avoid the lure of alcohol and drugs?

This may sound harsh, but I think one of the major reasons kids drink and use drugs is that they do not feel love and acceptance at home. If they did, then they would have no need to become something other than who they are. Your enemy, when it comes to drugs and alcohol, is one word: isolation. If your child feels unloved and unaccepted by you and your family, he will be more susceptible to temptations.

Now, I would be hard pressed to biblically prove that drinking is wrong. However, drunkenness is definitely wrong. Ephesians 5:18 says, “Do not get drunk with wine for that is dissipation (excess), but be filled with the Spirit.” The idea is that we are not to be controlled by anything or anyone other than God. Barbara and I are trying to train our kids to walk in the power of the Holy Spirit and not be controlled by peer pressure, alcohol, or choices that will take them in the wrong direction. We have taught them that, while drinking is not condemned in Scripture, we strongly feel they should not drink. The dangers of alcohol are too numerous to ignore. In addition, we’ve emphasized one fact that many parents seem to forget—drinking is illegal for anyone under 21.

When our children were moving into their teenage years, Barbara and I tried to help them win by role playing what they would do when offered alcohol. How could they respond when getting into a car where everyone had been drinking? We role played such situations with the kids and talked about choices. We provided healthy boundaries for keeping them accountable.

Finally, I believe that the best way a parent can prepare their children to face the temptation of alcohol is through modeling standards and character. One night I asked Barbara, “What would you say is the number one way parents can help their kids deal with alcohol.” She responded, “Well, I think parents need to realize their compromises are multiplied out in the lives of their children.” It’s a challenging thought isn’t it—Our compromises being multiplied out into the lives of our children . . . and grandchildren . . . and great-grandchildren.

What can I do when my child is spending time with the wrong crowd?

I’ve had some personal experience with this challenge, and it’s tough. As it says in 1 Corinthians 15:33 (NIV), “Do not be mislead: ‘Bad company corrupts good character.'”

Realizing that we can’t totally control who our children choose as friends, we have attempted, first, to build into them the mindset of influencing others for good rather than allowing others to influence them for bad. Only when our kids have character and are known for their convictions, can they be missionaries reaching out to others.

Next, we’ve tried to help them think through the consequences of their choices in this area. One of our children wrote an older sibling, “I think I have been spending some time with the wrong people because I have not been having my quiet time and haven’t been spending time in the Word like I used to.”

The older sibling shared the note with me. After praying, I put my arm around the child and said, “I think you’re spending time with some wrong people. …” And then I reasoned with the child about the effect those friends were having. And I worked hard to keep our discussion out of the emotional arena. (No one is going to make a rational conclusion in the midst of an emotional barrage of words.)

There’s one more thing you can do as a parent: Make an effort to reach out to the friends of your children who may need help. In one situation, I put my arm around one of our teens’ friends and said, “There are those at school who say that you are a troublemaker and that you are getting into stuff you shouldn’t be getting into.” Then I sort of grinned and said, “You know what? I think God wants to use you in a powerful way to influence others for good.”

Some kids may just need a mom or dad to say, “I really believe in you.” The very kid you view as a threat may be a ministry opportunity that God has placed in your path.

How do you establish curfews?

Your teenager should be accountable to you for where he is going and when he is to be home. He may make you feel you’re the only parent who is establishing boundaries in this area, but so what?

One of my daughters asked me, “What’s the deal, Dad? You are asking me all these questions.” I responded, “Sweetheart, I just want to know what is going on in your life…” That’s my responsibility as a parent.

Problems arise in this area when clear boundaries have not been established. Teenagers need to know exactly what is expected of them. We have found that it is important to write down curfews and agree upon penalties for not meeting them. And be absolutely clear about what will happen if he misses the curfew. If you waffle once, know that you are dealing with a teenager who is looking for any flaw, any crack in the argument, any way he can press you to the limits.

Our oldest daughter, Ashley, once missed a curfew by a few minutes. I looked her and her date in the eye and said, “You were not on time. This is going to cost you.”

Ashley said, “But Dad, we were home…we were out on the driveway.” And I replied, “You were not in the house by 10 p.m., and when I say the curfew is at 10 p.m., that does not mean 10:05. The issue, Ashley, is that I am giving you freedom. I need you to show me that you can be trusted with more freedom in the future by respecting our limits and by not pressing them to the edge.”

Barbara and I agreed that, as a penalty, they would not be able to go out for two weeks. That definitely caught the attention of our other kids! They knew we were serious about boundaries.

As teens turn 16, 17, 18, there should be fewer lectures and more interaction over the choices they make in the difficult areas of adolescence. Once I had a talk with a 16-year-old son who was playing a particular computer game that I did not think was very beneficial to his character. After our discussion, I let him make the choice. He erased the game. It made my day!

Finally, remember to put your arm around your son or daughter when they make good choices. Say, “I am so proud of the right choices you are making. You are really growing up to become a courageous person—one of godly character.”

Raising Teens calls for extraordinary love, wisdom, discernment and patience. The Bible tells us in Jeremiah 33:3, Call to me and I will answer you . . . . Through the enablement of the Holy Spirit in us, we are able to meet the challenges that face us every day. I encourage you to pray the pray below:

We are filled with the Holy Spirit by faith alone. However, true prayer is one way of expressing your faith. The following is a suggested prayer:

Does this prayer express the desire of your heart? If so, bow in prayer and trust God to fill you with the Holy Spirit right now.

Dennis Rainey is the president of FamilyLife. He and his wife, Barbara, co-authored the best-selling books Building Your Mate’s Self-Esteem and Moments Together for Couples. Dennis hosts the nationally syndicated “FamilyLife Today” radio program and has spoken at conferences around the country. The Rainey’s have six children and nine grandchildren.

The Power of a Mother’s Promise

When (fighting) Parents Break your Heart

10 Things to Pray for Friends and Family