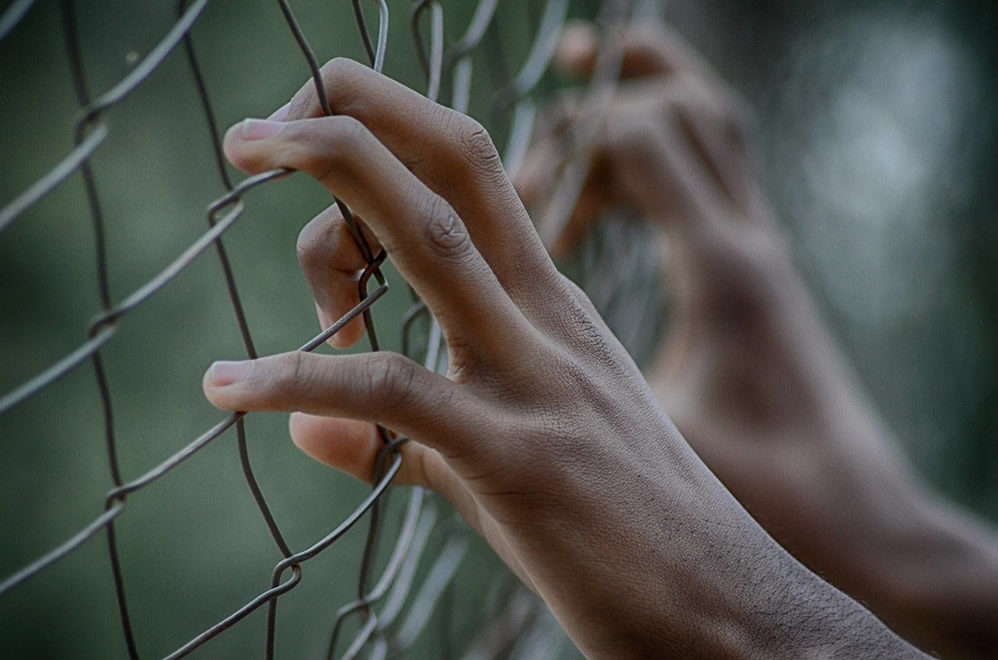 Years ago, I was living a foreign land where I had run into trouble with the law. The laws seem unfair, confusing and harsh. I was sentenced to death for my crimes. I wish I could say I was not guilty but according to the laws of the land I was guilty as charged. The situation was hopeless.

The prison was a horrible place. As I waited in my prison cell, I learned about a seldom used law that could give me either a glimmer of hope or a greater despair. The law stated if a person could be found who was guilty of no crimes and was willing to take my place I could be set free from prison. Now I have to ask you, what is the chance that this would ever happen?!! Someone else to take my place? After all, I was guilty and deserved to die according to the laws of the land!

Then one day the prison guards came to me with amazing news. A man visiting from another country had offered to take my place! My first response was debrief. Was this a sick joke? But it was true. I did not know him. I had never met him. All I had to do was accept the offer. On the day I was to be executed, he died. I was set free and immediately offered a home in a new land, with the promise of a new start on life. The arrangements were all made. I was met by someone at the prison with a ticket as well as directions to a new future. I had so many questions but she said I just had to accept the offer and my many questions would be answered in time.

I so wanted the freedom and a new start but I had so many doubts and questions. Who was this person who took my place? How could this actually be happening to me, in prison with a death penalty on my head one moment, and walking out of the prison door the next? Was this for real? Why me? Who was behind all this?

I was sent to a new land, a place I had never been. The freedom was overwhelming. I felt so relieved! I was officially declared not guilty. I could start a new life. But I still pondered, “Why would anyone die for me?” When I arrived I was taken to a palace! I thought that there must be a mistake. I was a convicted criminal and was being treated as if I were an important person.

How could this be? Somehow I thought this must not be good. Maybe I would again be put in jail, once my sordid past was revealed. I was lead into a beautiful and grand room. A distinguished man dressed in fine clothes smiled and called me by name. He came to me and embraced me! All I could say was, “Sir, I am so confused. How do you know me and why am I here?” He offered me a chair and began to explain. “I have followed your story for a long time. In fact from the moment of your birth I have watched the circumstances of your life. I know all the details. I know what you got for your 5th birthday. I know about your father’s death. I know you find this hard to believe but I love you. You see, my son is the one who took your place. He took your guilt and death sentence. He was the innocent one who died for you.”

I began to weep out of amazement, wonder and gratitude. I deserved none of this. As if he read my thoughts, he said, “I knew you had no hope. I had to do something. It was the only way. The law was clear that without the death of an innocent person there could be no freedom, and my son was willing to take your place.”

The man turned and called for an aid. “Please show my son to his room.” Sir,” I asked in amazement, “you called me son? “Yes,” he replied with a look in his eyes I will never forget, “You are now my son. This is your new life. I have adopted you. You are now in my family, my son and heir. We will live together from now on.”

Every year I celebrate the day an innocent man died for me to give me freedom. It’s called Good Friday.

God rescued us from dead-end alleys and dark dungeons. He’s set us up in the kingdom of the Son he loves so much, the Son who got us out of the pit we were in, got rid of the sins we were doomed to keep repeating.  Colossians 1:13-14 The Message

Yes, God loves you and rescued you too!  Do you want to experience this wonderful freedom?  You can — right now.