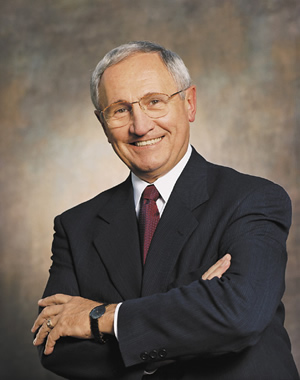 Dr. Marvin P. Kehler was born in Altona, Manitoba, Canada.  At the age of 14 his family moved to British Columbia where he continues to reside with his wife Katherine.

Over the years Marvin has been actively involved in the business arena. His involvement has included positions of President or Director in the industrial, developmental and agricultural sectors.  A few of these include the oil and mining industries, land development and poultry farming.  After reaching his financial goals at the age of 32, Marvin, while continuing his business ventures, also became involved in Christian ministries.

He also served as a Vice President of Campus Crusade for Christ, International for twenty-five years. With God’s guidance, during Marvin’s 28-year tenure as President of Campus Crusade for Christ, Canada, he and the staff and volunteers under his leadership were able to help share with over a billion people how they could personally have a personal relationship with God.

Marvin also served as President of GAIN , a humanitarian aid organization, for eight years.  Working with Impact XXI for four years he gave leadership to showing the Secrets of Success TV programs which were translated into eleven languages and shown during prime time on major TV networks in Asia, Middle East, Eastern Europe countries, Northern Africa and Central America. Each program was viewed by one billion people. While under Marvin’s direction, the follow-up website Secrets of Success  was visited by 5000 people a day.

Other past leadership roles include:

Today, Marvin continues to use his leadership abilities as:

Marvin has funded many outreach and humanitarian efforts.

Marvin has been recognized publicly for his leadership abilities and accomplishments. A few of these recognitions include:

Getting Life Back on Track