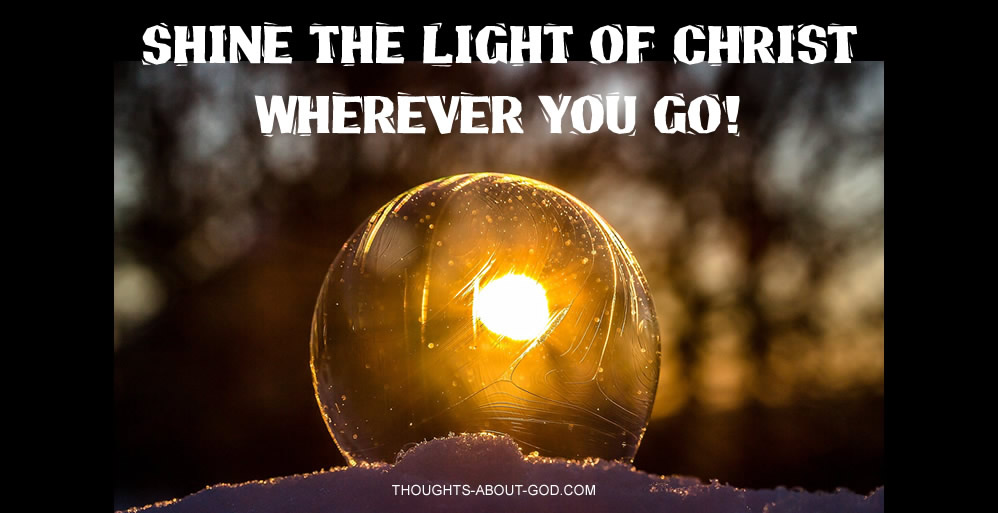 “Whoever loves his brother lives in the light, and there is nothing in him to make him stumble.” 1 John 2:10

Chelsea moved into a rough neighborhood because it was all she could afford. She decided with God’s help to shine the Light of Christ in this spiritually dark area.

She began by hosting a gathering in her building, but her neighbors didn’t trust new people. Then one Friday night, things changed.
An explosion rocked her building.  There was panic everywhere!  Chelsea quickly prayed to God for courage and direction.  She called the fire department and screamed for help in an effort to rescue a woman who had passed out.  That woman’s life was saved.

Because Chelsea had shown she cared, most of her neighbors responded favorably to her next invitation. She even saw three of them come to Christ!

Friend, God may have you in a dark place for a purpose. Shine the light of Christ wherever you go!