Skip to content
Home > Thoughts by Women > Pruned for Purpose 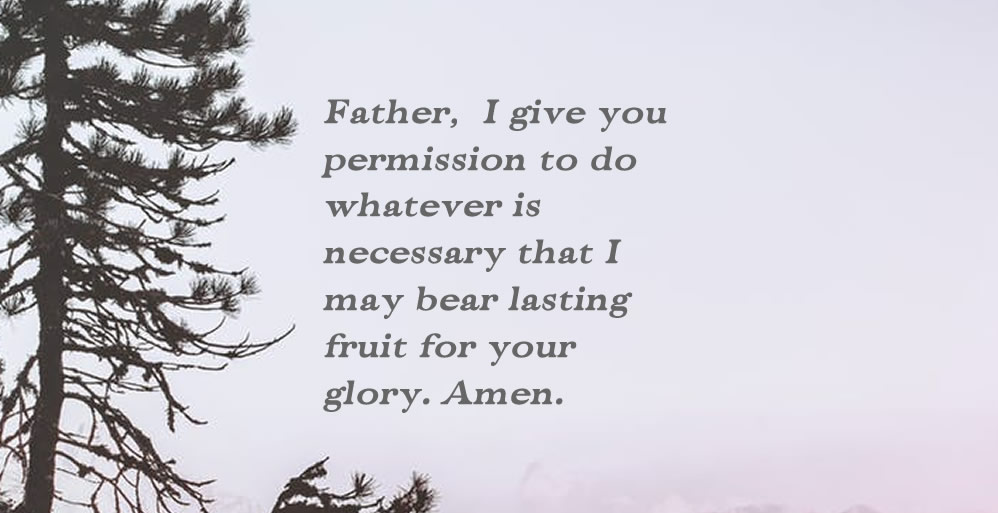 Scripture describes a time in the Apostle Peter’s life in which he had done what he thought he would never, ever do. On the night he instituted the Lord’s Supper, Jesus predicted that all the disciples would be made to stumble because of him (Mark 14:27). Peter, in his overzealous confidence, responded, “Even if all are made to stumble, yet I will not be” (Mark 14:29 NKJV). Peter was so sure of himself that he proclaimed emphatically that even if he had to die with Christ he would not deny him. Yet, hours later, he did just that (Mark 14:66-72).

God, in his omniscience, had zeroed in on a weakness in Peter’s character. Through humbling circumstances Jesus pruned the pride that would prevent Peter from later becoming the leader of the early church God intended him to be.

Often, we can identify areas we’re overconfident in by noting the lack of time we spend in prayer over them. If the Holy Spirit brings something to mind, ask the Father to prune that tendency from your heart. Give him permission to use whatever means is necessary so that you may fulfill the purpose he has for your life.

Dear Father, you promise in your word to prune branches that don’t bear fruit. I ask you to humbly search me and see if there are barren branches. I give you permission to do whatever is necessary that I may bear lasting fruit for your glory. Amen.

By Veda Lucas
Used by Permission


Comments: If you don’t see our response form, please go to https://thoughts-about-god.com/blog/veda-lucas_pruned-purpose/