Skip to content
Home > Thoughts by Women > A New Beginning 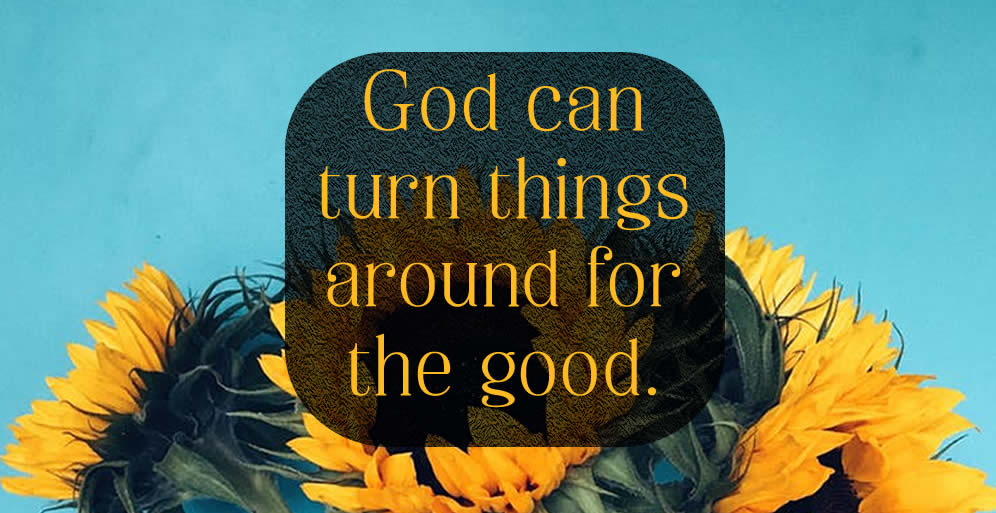 “So Naomi returned from Moab accompanied by Ruth the Moabite, her daughter-in-law, arriving in Bethlehem as the barley harvest was beginning.” Ruth 1:22

Sometimes it appears too late for God to do something in the natural scheme of things. Circumstances have been set in motion. A new beginning seems impossible. Yet, God is powerful. When a situation is at its worst, that’s when God can show up with his best answer.

There was a famine in Bethlehem. So, Naomi, her husband, and her two sons left Bethlehem for Moab to find a better life. A life where they could have more than enough. Who doesn’t want that for their family?

When Naomi and her family left Bethlehem, the other families stayed behind. They faced the famine — perhaps because they trusted in God.

“Can this be Naomi?” the people from Naomi’s town asked on her return to Bethlehem as a widow. Accompanied by only Ruth, a foreign daughter-in-law now also widowed, Naomi’s situation would have looked even worse. While Ruth appeared to be out of place, Naomi almost didn’t have a choice in the matter since Ruth had insisted that she’d follow her everywhere she would go.

While the presence of Ruth would not permit Naomi to forget her deceased sons, that very same Ruth became a catalyst to her mother-in-law’s new beginning. They both get another chance to be happy again by participating in the harvest. Naomi put aside her past as she helped Ruth find a new husband and bear a son.

God can turn things around for the good. We only need to look forward to his blessings and use them to help others instead of looking back on our past.

Father God, I ask you to help me seize the opportunity granted to me to help someone else so they can have a better life. Help me be aware that you can turn any circumstance into a blessing if we only trust in you. Amen.

By Fab Batsakis
Used by Permission

Comments: If you don’t see our response form, please go to https://thoughts-about-god.com/blog/fab-batsakis_new-beginning/