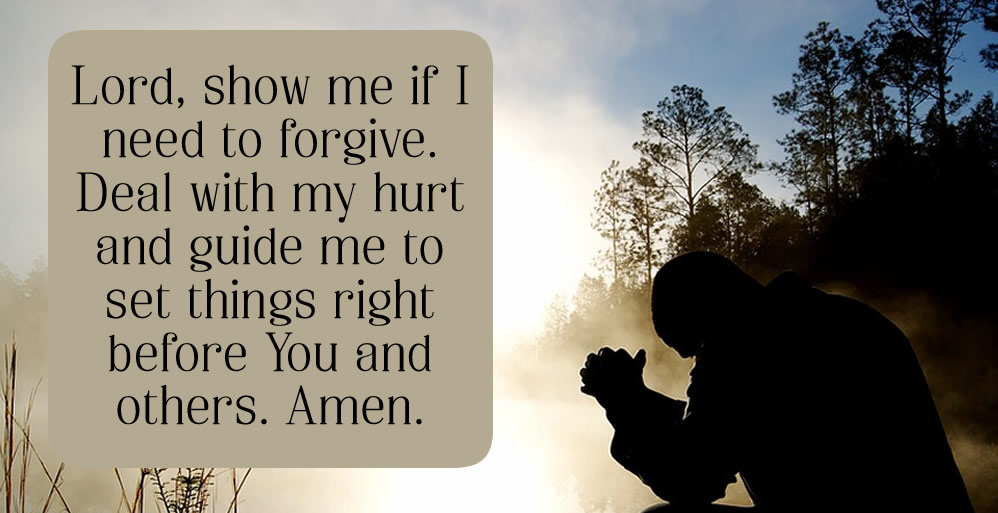 Joseph had every reason to be bitter: his brothers had just sold him into slavery. One could argue that he had it coming: his dad played favourites and Joseph really rubbed it in with his older brothers.

After being sold, he ended up in Egypt. After working his way into a good position, he was thrown into prison for two years. Even though he became a powerful man in the end, many would say he had a right to hold a grudge against his family.

Somewhere through a lot of ups and downs in his life, Joseph learned the value of forgiveness. When his brothers came to him in a time a great need, Joseph chose to put his hurt and anger behind him and acknowledge that God had used every circumstance for good. Many lives were saved through events that had originally caused him great pain.

Forgiveness is something that can be misunderstood. From small irritations to major life-changing hurts, we all need to forgive. It’s a choice, and it’s also a process. Often a hurt must be dealt with before forgiveness can come.

Most of all, forgiveness is for us, not our offenders. It releases us to live in freedom and to learn from the hurts in our past. But it’s not for weaklings; it makes us stronger.

Lord, show me if I need to forgive. Deal with my hurt and guide me to set things right before You and others. Amen.

Comments: If you don’t see our response form, please go to https://thoughts-about-god.com/blog/debbie_west_forgiving/