Skip to content
Home > Thoughts by Men > Patience Toward My Enemies 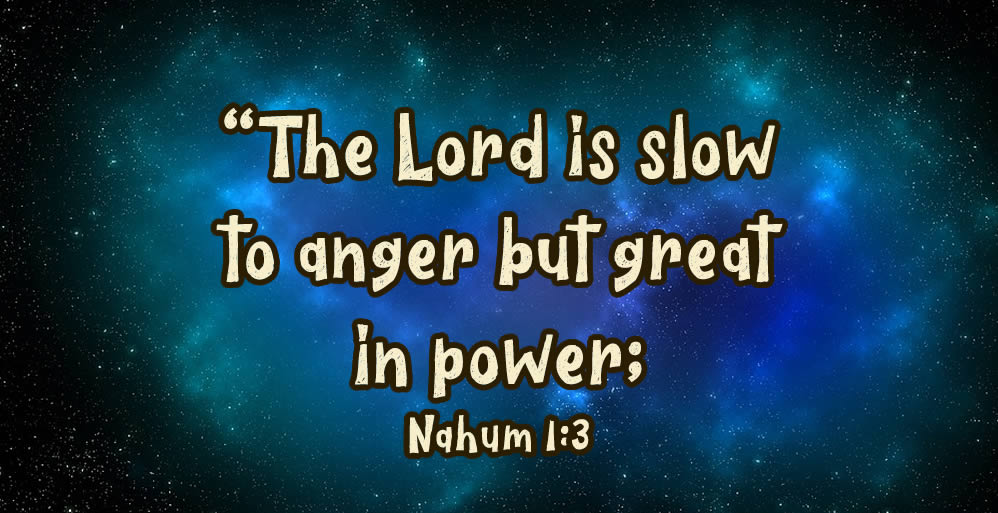 Patience Toward My Enemies

“The Lord is slow to anger but great in power; the Lord will not leave the guilty unpunished. His way is in the whirlwind and the storm, and clouds are the dust of his feet.” Nahum 1:3

Have you ever been bullied? Perhaps the tyrant called you names, or pushed you around, or took something that was yours. Bullies are often puffed-up people who think losers deserve to be hassled, and those who get bullied feel pain and humiliation.

The children of Israel felt this way toward their powerful Assyrian neighbors. The Assyrians had invaded Jewish territory, seized King Hoshea, and deported most of the nation into exile (2 Kings 17).

The prophet Nahum assured the Jews that God was still in control despite the whirlwind and storm. Nahum reminded them that God had great power — enough to fix the issue in an instant if he chose — but that he was being patient. He allowed the bullying to continue because King Hoshea had done evil in God’s eyes, and the Assyrians are helping God get Israel’s attention. This was difficult news, but God wanted his people to turn back toward him.

In addition, Nahum also declared that God will bring justice to everyone who is guilty — eventually — but, because of his loving kindness, he often withholds his judgment until later.

When we experience hardship, we might ask, “What is God teaching me here, and how may I, like him, be patient and merciful even toward my enemies?” For as Paul wrote, “…do you show contempt for the riches of his kindness, forbearance and patience, not realizing that God’s kindness is intended to lead you to repentance?” (Romans 2:4).

Dear God, sometimes I wonder why my enemies seem to have the upper hand and beat me down. Help me see your purpose in affliction, and remember that you wait patiently for everyone to acknowledge your Lordship. May I show the same loving kindness toward my enemies in order that I may draw some to you. Amen.

By Bill Strom
Used by Permission

Comments: If you don’t see our response form, please go to https://thoughts-about-god.com/blog/bill-strom_patience-enemies/