Skip to content
Home > Thoughts by Men > Called to Compassion 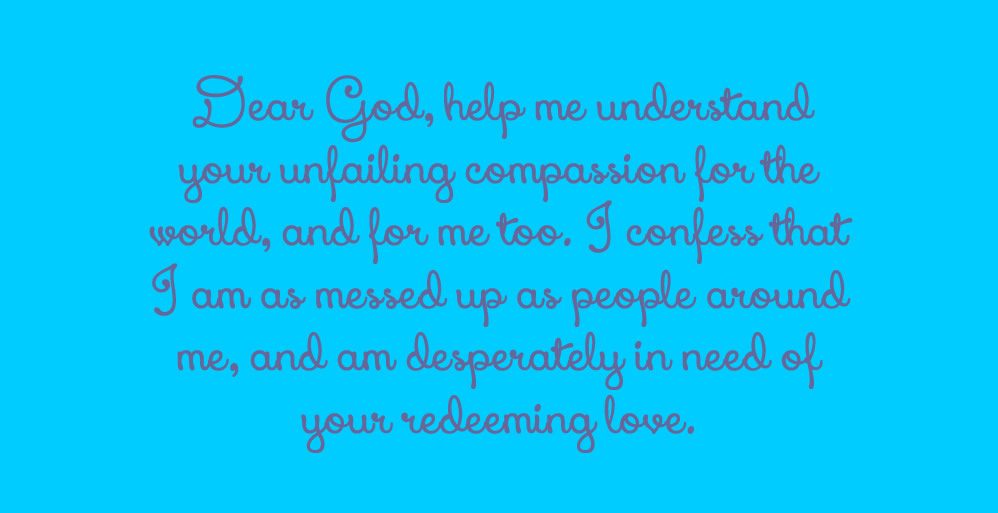 “But to Jonah this seemed very wrong, and he became angry. He prayed to the Lord, “Isn’t this what I said, Lord, when I was still at home? That is what I tried to forestall by fleeing to Tarshish.”  Jonah 4:1-2

Have you ever felt like God was too easy on sin? That he let people off the hook, so to speak?

Jonah felt this way. God had called him to sail to Nineveh — that bastion of Assyrian power and moral decadence. At first he refused to go because he feared that they would listen to his message, repent, and get right with God.

However, once he arrived in Nineveh, still smelling like fish (See Jonah 1:17-2:10), he obeyed God and walked around the city pronouncing His imminent wrath. “Forty more days and Nineveh will be overthrown,” he shouted. Those people repented.

Later, when this ground-swell revival reached the King’s palace, he too repented, and made it official: Let everyone, even animals, fast. Wear mundane clothes to show humility! Call on God and give up your evil and violent ways! ( Jonah 3: 7-9).

“When God saw what they did and how they turned from their evil ways, he relented and did not bring on them the destruction he had threatened” (Jonah 3:10).

And Jonah felt that all this was very wrong, and he got angry. Jonah complained that God did what God is known to do — show compassion to people desperately in need of him.

Where did Jonah go wrong? It seems he forgot that God is in the business of redeeming everyone to himself, no matter what we’ve done. He’s eager to show compassion to those who admit that they have messed up, including you and me.

Dear God, help me understand your unfailing compassion for the world, and for me too. I confess that I am as messed up as people around me, and am desperately in need of your redeeming love. Keep from me a smugness of heart that would hold back my own compassion for others. Amen.

Comments: If you don’t see our response form, please go to https://thoughts-about-god.com/blog/bill-strom_called-to-compassion/