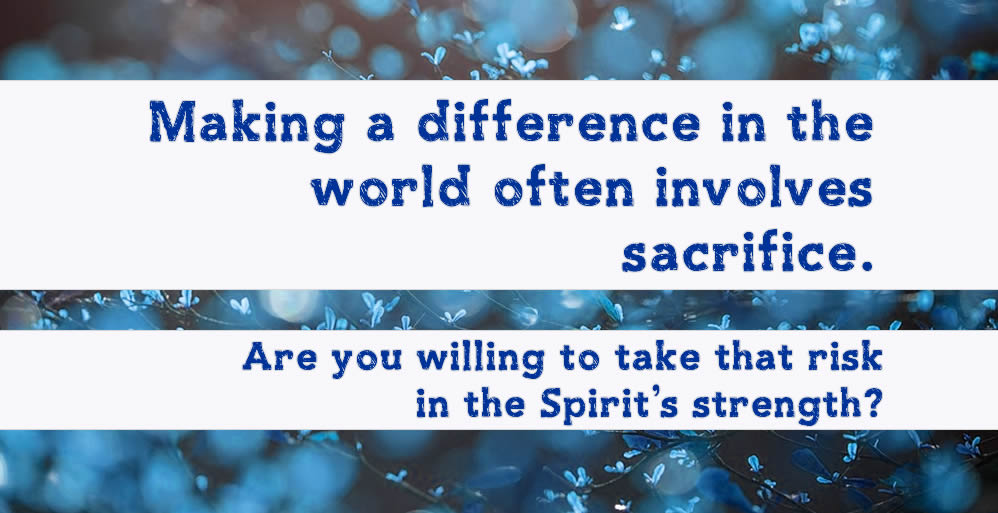 How Can I Remain Silent

Harriet Tubman was an African-American who escaped slavery by means of the Underground Railway into Pennsylvania from the South. However, once freed, knowing that others were still enslaved muted her joy. She resolved to help others gain their freedom too, risking her life numerous times by returning to slave territory. She said, “But to this solemn resolution I came; I was free, and they should be free also; I would make a home for them in the North, and the Lord helping me, I would bring them all there.”

Tubman is an example of a strong woman who could not remain silent in the face of injustice. History tells us that she made some 13 trips and helped rescue 70 fellow slaves.

The biblical book of Esther contains the story of another courageous woman who made a difference in her world, ensuring that an entire nation would not be exterminated. In the verse quoted above, Esther explained the motivation behind her willingness to risk her life by appealing to the king for mercy so he would set her people free from wrath.

Today we also can set people free — from the bondage of sin and death — by witnessing about what Christ has done for us. But are we often too embarrassed or wonder what others will think? If we truly recognized that people who don’t know Jesus are heading for destruction, we would risk the potential shame.

Making a difference in the world often involves sacrifice. Are you willing to take that risk in the Spirit’s strength?

Dear Father God, we live in a world where injustice seems to reign. Help me to remember that you are the one who reigns. Show me how to courageously be one who acts for justice and love, knowing you will equip me and guide me. Amen.

By Rick Thiessen
Used by Permission

Comments: If you don’t see our response form, please go to https://thoughts-about-god.com/blog/rick-thiessen_how-remain-silent/