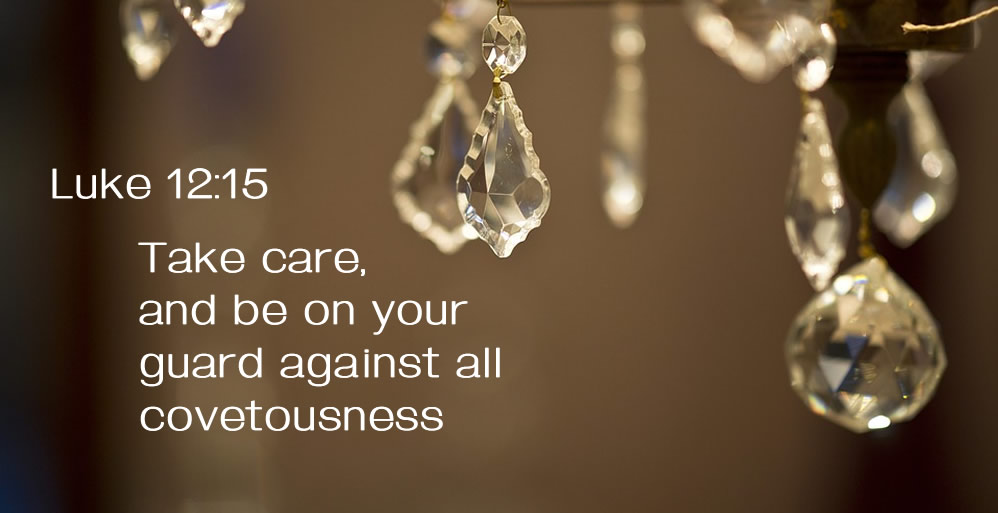 “And he said to them, “Take care, and be on your guard against all covetousness, for one’s life does not consist in the abundance of his possessions.” Luke 12:15

The headline caught my attention: “Wealthy Plan to Shun Materialism.” I was drawn to the article that went on to say that wealthy shoppers, according to a recent survey, plan to refrain from scooping up expensive handbags, shoes and other discretionary items, even as the economy recovers.

The rich say they will reign in their spending of material things and seek out experiences that may garner more satisfaction. The study found that people are less interested in expensive personal items and more interested in building “lasting memories.” Apparently luxury goods and services are considered less important in today’s economy. Pricy designer items seem to have lost some of their appeal.

The road they are travelling is nothing new. It has been in the Bible for years. Keep your life free from love of money, and be content with what you have. Hebrews 13:5.

There are many verses warning about materialism, but they are summed up in five major conclusions:

1. It is idolatry. Materialism puts something other than God as an idol to be worshiped. Materialists make sacrifices to their idols in terms of time, money, energy and passion.

2. It is all consuming. A person who obsesses about owning possessions will become too consumed with pursuing it that they will neglect more important matters in life.

3. It is counter-productive. The whole point of materialism is supposed to bring happiness by possessing, but in the end it only causes deeper and greater unhappiness because it produces only temporary bouts of superficial elation, much like a sugar or caffeine high. There’s always a crash.

4. It is unsatisfying. There is never enough. Having wealth or being rich is not a sin, but putting it above God is.

5. It is ultimately futile. In the end, everyone is going to die. When they do, all the money, possessions, education and whatever else they have accumulated will be left here on earth, regardless of where they ultimately go. The Rembrandt painting will stay on the wall. So will the collection of rare coins or the library of first editions. But, most importantly, none of these will be there for eternity. Everything material will be destroyed.

Question: Have you considered these points and evaluated your priorities?

by John Grant
Used by Permission

John Grant is a former Florida State Senator and is a practicing attorney.

Comments: If you don’t see our response form, please go to https://thoughts-about-god.com/blog/john-grant_shunning-materialism/