Skip to content
Home > Thoughts by Men > Dealing with Discouragement 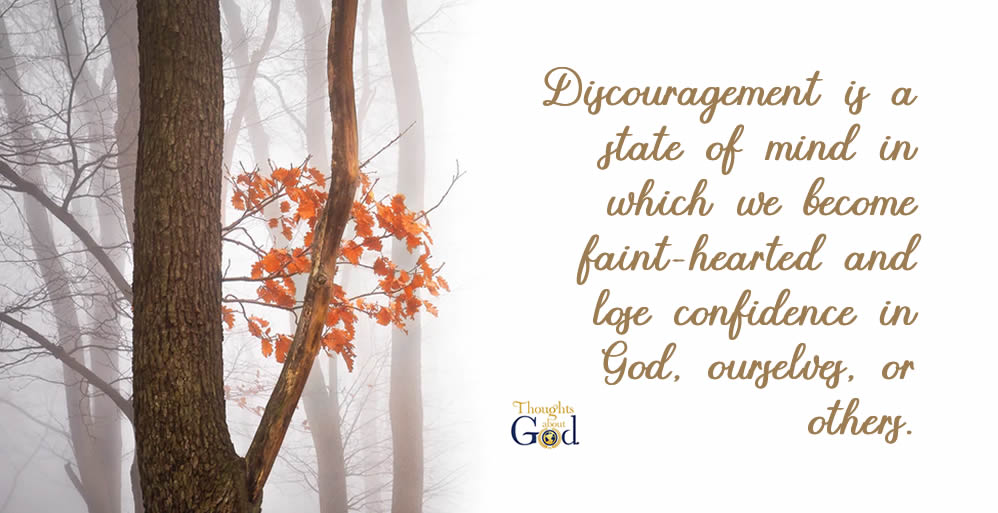 No matter what our position in life may be, we all at times encounter disappointment—

and that can quickly lead to discouragement.

Disappointment is simply an emotional response to a failed expectation or hope, whether because plans went awry or someone didn’t measure up.  But discouragement is a state of mind in which we become faint-hearted and lose confidence in God, ourselves, or others.

When Nehemiah arrived in Jerusalem, its inhabitants were discouraged—the city wall had been destroyed, leaving them vulnerable to their enemies, and there were significant hindrances to rebuilding. But he encouraged them to start, explaining that the Lord had shown him favor by moving the Persian king’s heart to approve the project. Nehemiah’s confidence in God replaced the people’s despair and lethargy with the hope of success and motivation to work diligently.

We have a choice: Either settle into disappointment and accept our discouragement or—like Nehemiah—focus on the Lord, who is greater than any problem facing us. Although obstacles and disappointments may remain, God’s Word shifts our hope to His promises, good purposes, proven faithfulness, and sufficiency . With His strength, we can persevere. Romans 15:4 “For whatever was written in earlier times was written for our instruction, so that through perseverance and the encouragement of the Scriptures we might have hope”.

11 So I came to Jerusalem and was there three days. 12 And I arose in the night, I and a few men with me. I did not tell anyone what my God was putting into my mind to do for Jerusalem and there was no animal with me except the animal on which I was riding.  13 So I went out at night by the Valley Gate in the direction of the Dragon’s Well and on to the Refuse Gate, inspecting the walls of Jerusalem which were broken down and its gates which were consumed by fire. 14 Then I passed on to the Fountain Gate and the King’s Pool, but there was no place for my mount to pass. 15 So I went up at night by the ravine and inspected the wall. Then I entered the Valley Gate again and returned. 16 The officials did not know where I had gone or what I had done; nor had I as yet told the Jews, the priests, the nobles, the officials or the rest who did the work. 17 Then I said to them, You see the bad situation we are in, that Jerusalem is desolate and its gates burned by fire. Come, let us rebuild the wall of Jerusalem so that we will no longer be a reproach.” 18 I told them how the hand of my God had been favorable to me and also about the king’s words which he had spoken to me. Then they said, Let us arise and build.” So they put their hands to the good work. 19 But when Sanballat the Horonite and Tobiah the Ammonite official, and Geshem the Arab heard it, they mocked us and despised us and said, What is this thing you are doing? Are you rebelling against the king?” 20 So I answered them and said to them, The God of heaven will give us success; therefore we His servants will arise and build, but you have no portion, right or memorial in Jerusalem.”

Alone But Not Lonely