Skip to content
Home > Thoughts by Men > The Power of Consistency 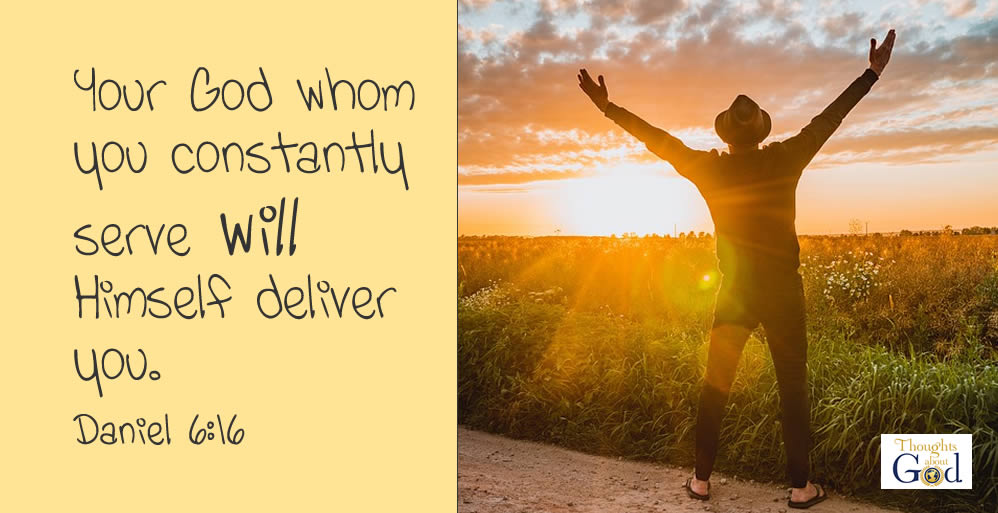 The Power of Consistency

We live in a noncommittal world, where perseverance is all too rare.

If a job is difficult or boring, people often think, Why not find another one? Or when a marriage becomes unhappy, many wonder, Should I be with someone else?

Sadly, this mindset is also found among believers. At the first sign of conflict, some Christians hop to another church instead of working through difficulties with their local body of believers. And when it comes to our personal walk of faith, many of us struggle to maintain a consistent quiet time with the Lord.

Daniel was a man of steadfast loyalty. Not even the awareness that he could be killed interfered with his practice of praying three times a day. Such commitment to the Lord was noted by others. Jealous officers and governors used Daniel’s consistency to trap him, but the king made a remarkable statement:

“Your God whom you constantly serve will Himself deliver you” (Daniel 6:16).

Apparently, he believed Daniel’s devotion would be the key to the young man’s deliverance

Daniel’s victory in the lion’s den led to great influence, as it inspired the king’s decree to worship the Lord. Have you considered that the Lord was able to use him because of his unwavering obedience and worship? Imagine what God can do with you when you also commit yourself to Him.