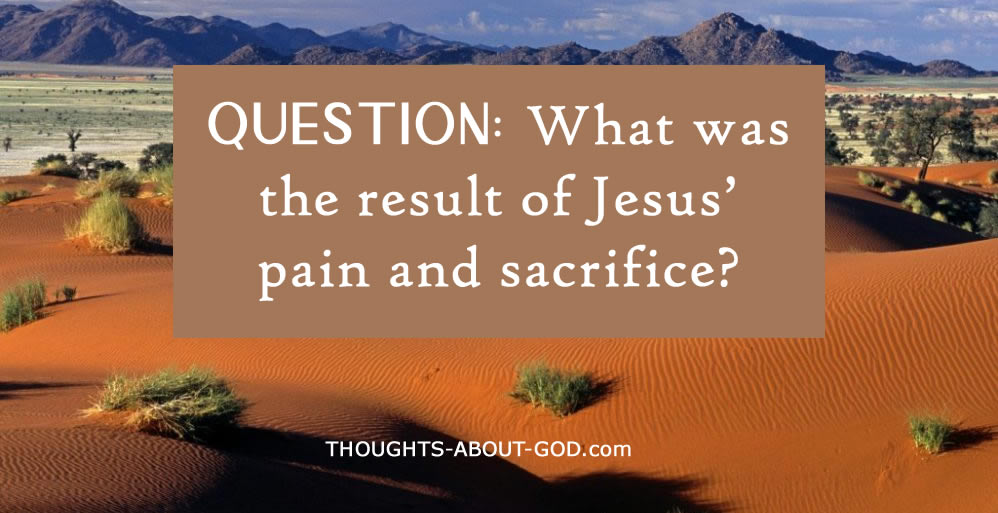 Did heaven or Earth ever witness a sadder spectacle? In soul and body, our Lord felt Himself to be weak as water poured out on the ground. Placing of the cross in its socket shook Him with great violence, strained all His ligaments, pained every nerve, and more or less dislocated His bones. Burdened with His own weight, the glorious sufferer felt the strain increasing every moment of those six long hours. His sense of faintness and general weakness were overpowering. As He began to lose consciousness, His physical body became a mass of misery and swooning sickness.

The prophet Daniel once saw a great vision, prophesying Jesus’ suffering hundreds of years later, which he describes like this: “So I was left alone, gazing at this great vision; I had no strength left, my face turned deathly pale and I was helpless.” (Daniel 10:8) The pain our greater Prophet Jesus felt must have been incomprehensibly more dire as He felt it throughout His own soul. To us, sensations such as our Lord endured would have been unbearable. In His case, though already wounded, and still felt the sword. He drained the cup and tasted every drop.

As we kneel before our now ascended Savior’s throne, let us remember the way He prepared it as a throne of grace for us. Let us in spirit drink of His cup, that we will be strengthened for our hour of distress whenever it comes. In His natural body every part suffered, and so must it be in the spiritual body of which we are all now a part. But just like how out of all His grief and suffering His body came through uninjured to glory and power, so too will His spiritual body of the church here on Earth come through all its hardships and pain without so much as a blemish.

Question: What was the result of Jesus’ pain and sacrifice?

By Charles Spurgeon
Updated to modern English by Darren Hewer, 2009.
Used by Permission

•   Who’s Got the Body?   A short, documented examination of evidences for Jesus’ resurrection.  By Rusty Wright