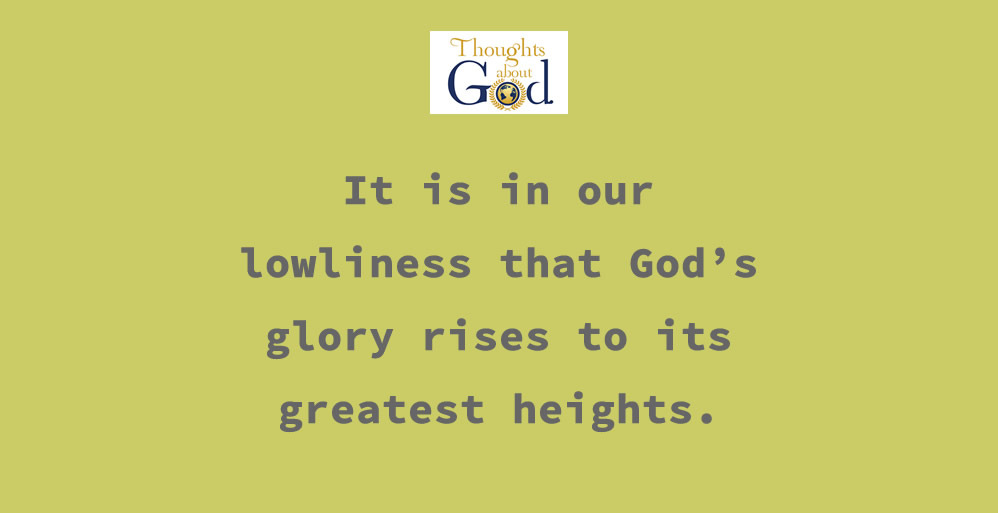 Consider this: the Lord took a self-assured world leader and reduced his opinion of himself until he possessed no confidence. And it was in this state of mind that God decided to use him. Moses was now qualified to lead

According to the Scriptures, Moses was “educated in all the learning of the Egyptians.” Indeed, as a prince in Egypt, Moses had grown to be a “man of power in words and deeds” (Acts 7:22). Thus, it is hard to equate this eloquent and cultured man with the stammering shepherd who, at eighty years old, was overwhelmed with his inadequacies, so much so that he pleaded with God to choose someone else.

Consider: the Lord took a self-assured world leader and reduced his opinion of himself until he possessed no confidence. And it was in this state of mind that God decided to use him. Having been thoroughly convinced of his unfitness for leadership, Moses was now qualified to lead.

Remarkably, the Lord would ultimately reveal Himself to Moses (and all Israel as well) as Jehovah-Rapha: “I am the Lord that healeth thee.” Yes, God is our healer, yet there are times when God’s hands wound before they heal. Indeed, He must cripple our self-confidence before we truly become God-confident. He breaks and drains us of pride so that we who were once full of self might instead be filled with God.

The Lord called Moses to return to Egypt as His spokesman. In response Moses pleaded, “Please, Lord, I have never been eloquent, neither recently nor in time past, nor since You have spoken to Your servant; for I am slow of speech and slow of tongue” (Exodus 4:10).

Never been eloquent? What about Egypt? “Moses the Eloquent” has become “Moses the Stammerer.” The identity of a sophisticated leader, a prince who knew the highest tiers of Egyptian culture, no longer functions in Moses. God has so humbled His servant that he cannot even remember his days of powerful words and mighty deeds. Moses has only one memory of Egypt: failure.

For Moses, the very mention of the word Egypt floods his mind with weakness; Moses fears returning to the place of his humiliation, especially as a leader. Yet God has not called him to be a leader, but a servant. And to be a servant, one need not be eloquent, but obedient.

The fact is, the Lord deliberately seeks those who know their flaws. Paul testifies that “God has chosen the weak things of the world to shame the things which are strong . . . the things that are not, so that He might nullify the things that are, so that no man may boast before God” (1 Corinthians. 1:27-29).

Therefore, let us not excuse ourselves from God’s calling because of our weaknesses.

You see, before the Almighty, we each are nothing, and we can do nothing of lasting value apart from Him. It is in our lowliness that God’s glory rises to its greatest heights.

Perhaps your last place of service to the Lord seemed to be a complete failure. Yet it is possible that the Lord has simply been making you perfectly weak so that He might manifest Himself perfectly strong within you.