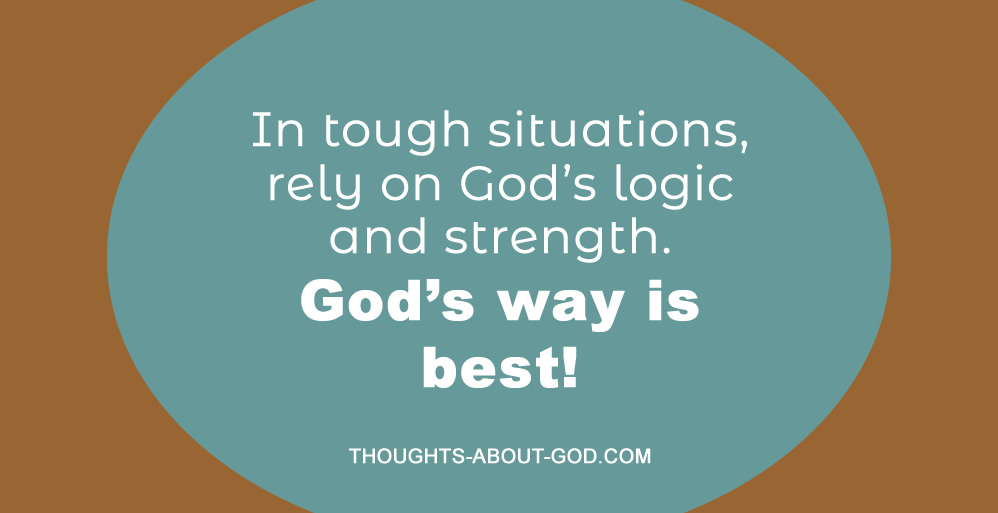 Our Way or God’s Way

In tough situations, we’re often tempted to rely on our own logic and strength, but God’s way is best

Whenever challenges arise, there are two ways to respond—God’s way or our way. In today’s passage, we see what happened when Moses took matters into his own hands. Although his motives were pure—namely, the relief of his peoples’ suffering—his method was wrong. Moses …

At some point, we’ve acted similarly and suffered the consequences of self-reliance. But God didn’t reject Moses or cancel His plans for the man. Instead, the Lord refined his character through trials and gave him another chance. Don’t you think our loving Father will do the same for us?

Exodus 2:11-25
Now the priest of Midian had seven daughters; and they came to draw water and filled the troughs to water their father’s flock.
Then the shepherds came and drove them away, but Moses stood up and helped them and watered their flock.
When they came to Reuel their father, he said, “Why have you come back so soon today?”
So they said, “An Egyptian delivered us from the hand of the shepherds, and what is more, he even drew the water for us and watered the flock.”
He said to his daughters, “Where is he then? Why is it that you have left the man behind? Invite him to have something to eat.”
Moses was willing to dwell with the man, and he gave his daughter Zipporah to Moses.
Then she gave birth to a son, and he named him Gershom, for he said, “I have been a sojourner in a foreign land.”
Now it came about in the course of those many days that the king of Egypt died. And the sons of Israel sighed because of the bondage, and they cried out; and their cry for help because of their bondage rose up to God.
So God heard their groaning; and God remembered His covenant with Abraham, Isaac, and Jacob.
God saw the sons of Israel, and God took notice of them.