Skip to content
Home > Thoughts by Women > Obstacles or Pathways 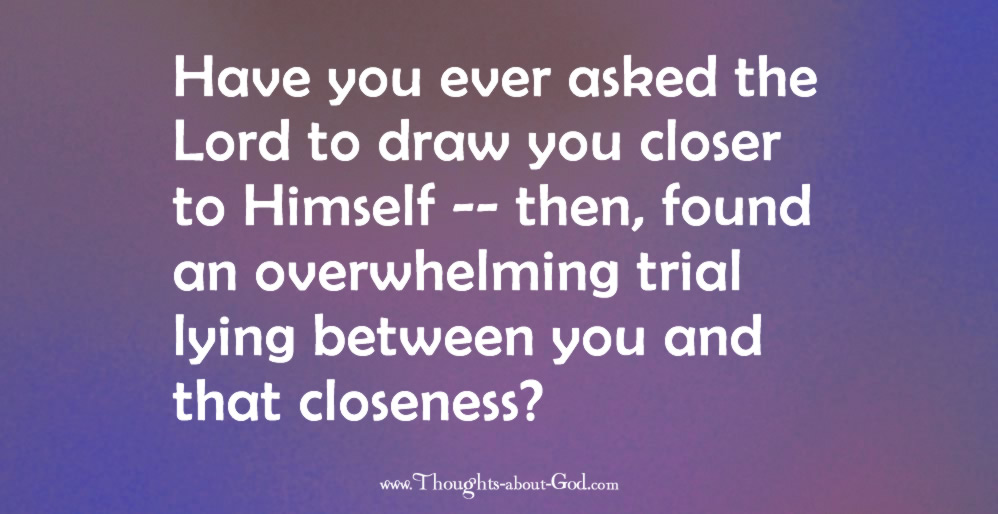 Have you ever asked the Lord to draw you closer to Himself — then, found an overwhelming trial lying between you and that closeness?

The apostle Peter found himself in this position.  Caught in a storm, he saw Jesus in the distance, walking on the waves.  He wanted to be close to the Lord, but the storm lay between him and that closeness.

Suddenly Jesus spoke, telling Peter and the others not to be afraid.  The Lord was standing on the waves — they were no longer an obstacle.  Granting his request to come closer, the Lord allowed Peter to walk on those same waves.

Not until Peter glanced at the storm did the pathway to Christ become an obstacle again.  The waves began to consume Peter instead of lead him to the closeness he initially desired.  Looking at the waves made walking on them impossible.

Crying out to the Lord, Peter instantly learned how close the Lord already was.  What at first seemed like an obstacle was in reality a pathway.  The waves simply revealed his overwhelming need for the strong arms that were already near.

Are you looking at the waves of life and finding them impossible to cross?

Look up.  And see Him standing on those same waves.

Father, Thank You for Your constant presence.  Thank You for the trials that show us our need for You.  Help us to acknowledge our need by looking to You daily and moment by moment.  In Jesus  Name. Amen.

Comments: If you don’t see our response form, please go to https://thoughts-about-god.com/blog/bethany-hayes_obstacles-pathways/