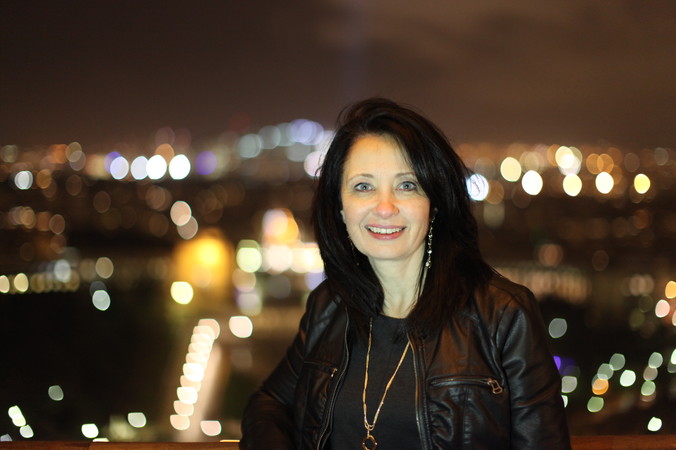 Have you ever felt like losing five pounds? I have . . . and it turned out to be the beginning of a 15-year diet which nearly killed me.

As a child, I had lots of friends and I felt good about myself. I was very close to my family. But when I was 11 years old, my world fell apart. I was sexually abused, my younger brother died and our family moved across the country. I attended a new school where I was severely bullied. It was a year of feeling totally alone and rejected. My worst memory is being beaten up and ridiculed by a group of kids on the school bus. Shortly after, a stranger approached me and asked if I had been in a bad car accident because my arms were so bruised.

It started with a passing remark

This abuse made me feel very insecure about myself. I was afraid to talk to my parents about it. I feared upsetting them, so I justified my silence–things weren’t really that bad. The following year I was at a new high school and found myself being part of the “in” crowd, but still found that my self-worth was quite fragile. I asked a guy I knew to be a bit rude if he would honestly tell me if I needed to lose weight. He said, “Just a few pounds would help.” He gave me the incentive I needed. The next morning I began my diet.

It didn’t take me very long to lose five pounds, and it made me feel really good. I figured if that made such a difference, another five pounds would be even better. As I continued to lose weight, I gained popularity, friends and boyfriends—everything I craved. I began to equate love with being thin. I became obsessed with perfection, and didn’t dare have anything less than straight A’s. I exercised every day, running as many as 10 miles, doing as many as 1000 sit-ups, and doing aerobics to get rid of any calories I might have eaten. After six months, severe dizzy spells caused me to see a doctor. When he told me I had anorexia nervosa, I thought, “How could someone who weighs 105 pounds have an eating disorder?” People who heard my diagnosis asked the same thing. Some even suggested I didn’t look anorexic. So I decided I had another area to achieve in: becoming the perfect anorexic.

I became desperate . . . trying to study enough, exercise enough and become thin enough. Usually eating only 100-500 calories a day. Eventually, I felt dieting wasn’t working, so I also started taking up to 60 laxatives a day and forced myself to throw up the few calories I did consume. For the next 15 years I struggled, nearly dying twice. I was under medical observation and involved in therapy during a great deal of that time. Still, on the outside, I worked hard to make it look like I had it all together.

During this time, I met a wonderful person, Cam, and knew him as a good-looking, fun-loving guy who loved God and wanted everyone to be as excited about God as he was. We became friends and I even tried setting him up with my sister. Fortunately, it didn’t work. About two years after we met, my eating disorder was at its all-time worst. I began to black out a lot. My doctor got some test results, called me at work and told me he was going to hospitalize me.

I couldn’t stand being in the hospital, so after just two weeks, I manipulated the system and got myself released. At home, I worked furiously at losing even more weight. I exercised more than ever, abused laxatives and ate very little—a cracker or two a day and some water—which I would throw up – sometimes till I threw up blood.

I was hospitalized again, this time with heart palpitations and severe dehydration. I was very close to death. To nourish my 82-pound body, I was being force-fed 3,000 calories a day through a tube to my stomach. But I drained the tube in the garbage under my bed and exercised furiously whenever I could get away with it.

One Sunday morning while Cam and my family were at church, I was alone, face-to-face with myself. I began to write out a list of lies I had come to believe, contrasted with the truth I knew deep in my heart. As I wrote, I began to crave the ability to believe the truth. I wept and cried out to God for help. I asked friends to pray that I would believe the truth.

I distinctly remember one evening, when I was five years old, sitting with my mother in our living room. We talked about how Jesus died so we could go to heaven. I remember asking Jesus to forgive my sins and come into my heart. It was a very special moment for me. Even though I had asked Jesus into my heart as a young child, insecurities, peer pressure and the desire to control my own life had distorted my beliefs.

I felt unworthy relating to God because I knew I was destroying my body, and I was too afraid to give my whole self to Him. I somehow felt that God would allow me to become obese and so I tried to please him in other ways. So I tried to be kind and do what I thought God wanted me to do. Guilt drove me to read my Bible and pray, but I was unable to give God control of my physical body.

But there in the hospital, I surrendered control of my life back to God. I asked for forgiveness for my self-centeredness. I asked God to help me trust him to handle my weight. I realized I could only deal with one thought at a time. I learned to surrender the lies, one at a time, to God.

After four weeks in the hospital, I weighed 102 pounds and was finally released. Extensive therapy, medical help and the prayers and love of my family and Cam helped me to combat the lies with God’s truth. My health improved, and seven months after I was out of the hospital, Cam and I got married. What a celebration that day was for us and all who had seen Cam’s steady love nurture me!

During stressful times, I still resorted to my dieting habit. It wasn’t until I became pregnant four years later and had to face the terror of gaining weight—and the reality that it actually does come off again—that I felt truly free and healed.

It felt so freeing to really believe that true love isn’t earned by having a perfect body and a perfectly organized life. While I used to think that love equals thinness, I now know that true love and security come from a relationship with God.

Today Christ fills that void in my life I strived for so long to fill on my own. His love and acceptance makes me feel whole. He gives me strength.

Take a look at your life. How would you describe it? Contented? Rushed? Exciting? Stressful? Moving forward? Holding back? For many of us it’s all of the above at different times. We experience a mix of dreams and regrets.

In the Bible, it says that Jesus came to make all things new. What would your life look like if you could start over? Your past doesn’t have to control your future. God has a wonderful plan for your life. No one can be perfect, or have a perfect life. But every one of us has the opportunity to experience complete forgiveness through a personal relationship with God made possible through Jesus Christ. And when God comes into your life, he starts to transform you from the inside out.

You can receive Christ right now by faith through prayer. Praying is simply talking to God. God knows your heart and is not so concerned with your words as He is with the attitude of your heart. Here’s a suggested prayer:

Does this prayer express the desire of your heart? You can pray it right now, and Jesus Christ will come into your life, just as He promised.

Written by K. Schenk
used with permission from: http://powertochange.com/discover/faith/anorexia/

Karen Schenk equips businesses and organizations to use media as an accelerant to accomplish their mission. She is the CEO & Owner of Iconium Media, an international media and marketing agency based in Canada. Karen serves on multiple boards. She is passionate about creating responsive media that results in transformed lives.

When You’ve Got That Ugly Fat Feeling    https://issuesiface.com/magazine/when-youve-got-that-ugly-fat-feeling