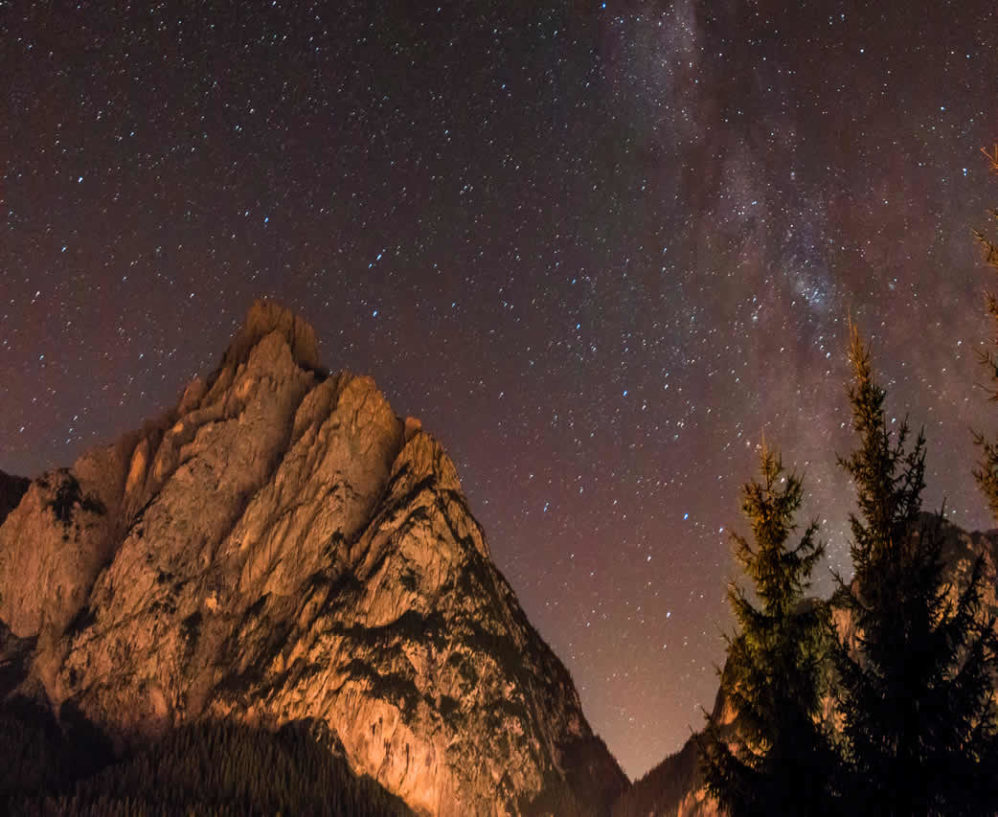 This is the response one often hears when the question of God’s existence is raised.

It is true in one trivial sense, but quite misleading in another critical sense. If we are using “prove” in the strict sense of absolute certainty, it is true that we can’t prove or disprove God’s existence. But this does not mean that there is no good evidence or arguments for God, which might make belief in God’s existence very reasonable. We know very little (if anything) with absolute mathematical certainty, so certainty is neither a reasonable or necessary standard. Like virtually all of our other knowledge, I think we can show that it is highly probable that God exists.

It is also important for us to note that merely having a possible alternative explanation does not defeat the argument. What one needs is a more probable alternative explanation. For example, most people believe the earth is a sphere; but a small minority still insist the earth is flat. Should the “spheroids” abandon their theory just because the “flat-earthers” have come up with an alternative? Of course not. The only way this would be necessary is if the flat-earthers were able to offer overwhelming evidence that theirs is the more probable theory. And that is unlikely in the extreme.

Good arguments for God’s Existence are in abundant supply.
Alvin Plantinga, arguably one of the world’s more brilliant living philosophers, recently delivered a paper outlining two dozen or so theistic arguments. Space will limit me to two.

Nevertheless, it has always been a fundamental first principle of philosophy and science that “from nothing, nothing comes.” Even the atheist philosopher David Hume, who showed that we could not prove with certainty that the causal principle was true, still believed it to be true and thought so with certainty.

Surely it is more reasonable to hold to this premise than to believe that things pop into existence out of nothing and by nothing.

Secondly, we have both scientific confirmation and logical argument for the universe having a beginning. According to the standard Big Bang model, space, time, matter and energy all came into existence simultaneously around 15 billion years ago.

Furthermore, according to the Second Law of Thermodynamics, given enough time the universe will eventually reach a state of equilibrium-a cold, dark, dead, virtually motionless state. Clearly, if the universe is without beginning, then there has been an infinite length of time preceding this present moment. If this is the case, then the universe should already be in a state of equilibrium. This should be a cold, dark, dead, virtually motionless universe. There should be no galaxies, solar systems, stars or planets-not to mention living organisms. Since there is obviously plenty of heat, light, movement and life, the past must be finite. The universe had a beginning.

The third and strongest piece of support for the beginning of the universe comes from the impossibility of an infinite past. This is because an actual infinite number of anything cannot exist in the real world.

We might think that since we use the concept of infinity in mathematics there would be no problem here. But mathematicians who work with the concept of infinity, do so by adopting some arbitrary rules to avoid the absurdities and contradictions that come with an infinite number of anything. And these rules don’t apply to the real world. Infinity only works in the abstract realm and only with some special rules.

Does it make any sense to say that there are as many black books as there are black plus green books together? Not really, but that is what you would have to say if you want to claim the infinite is possible in the real world.

While we can avoid these contradictions in the mathematical realm by making up rules like not allowing ourselves to subtract or divide when using infinity, we cannot in the real world prevent people from taking books out of libraries.

Furthermore, an infinite past is impossible, because an actual infinite cannot be formed by adding one member after another. It’s like counting to infinity-you just never get there. Just like we can never finish counting to infinity, we can never begin to count down to a negative infinity. But to have a universe with no beginning, you would have to have an infinite number of past events leading up to the present. But this is impossible, because, by implication, the present could never have come to exist.

Thus the Big Bang Theory, the Second Law of Thermodynamics and the impossibility of an infinite past all support the universe having a beginning.

Since whatever begins to exist must have a cause, it follows logically that the universe has a cause.

The most common objection to this argument is “What caused God?” But the question “What caused X?” only makes sense if there was some indication that “X” had a beginning. In this case, there is nothing that indicates that the cause of the Big Bang had a beginning. In fact, since time did not exist beyond the Big Bang, the cause of the Big Bang must have existed timelessly. Thus, it could have no beginning, and hence no cause. We may want to say this about the universe, but we can’t, since as we have seen, the evidence points toward the universe having a beginning.

Argument #2: God Is the Best Explanation for a Universe that Supports Life

Astrophysicists have been discovering that the Big Bang appears to have been incredibly fine tuned. The numerical values of the different natural forces like gravity, electromagnetism, subatomic forces and the charges of electrons “just happened” to fall into an extremely narrow range that is conducive for life to exist. Minute changes in any one of these forces would have destroyed the possibility for life and, in most cases, destroyed the universe.

“The laws of science, as we know them at present, contain many fundamental numbers, like the size of the electric charge of the electron and the ratio of the masses of the proton and the electron….The remarkable fact is that the values of these numbers seem to have been very finely adjusted to make possible the development of life.”(A Brief History of Time, 1988, p. 125)

Sir Fred Hoyle, the astrophysicist, well known for his anti-theistic feelings tell us that,

“A common sense interpretation of the facts suggests that a superintellect has monkeyed with physics, as well as with chemistry and biology, and that there are no blind forces worth speaking about in nature. The numbers one calculates from the facts seem to me so overwhelming as to put this conclusion almost beyond question.”(Engineering and Science, Nov 1981, cited in The World Treasury of Physics, ed. By Timothy Ferris, 1991, p. 392)

If the Big Bang was merely a chance happening it is virtually impossible that all the values of all of these forces would have been exactly right to ensure the survival of the universe and to allow life. Given the potentially infinite number of other values these forces could have taken, it is much more likely that they would have fallen outside the very narrow range that is conducive to life. As John Leslie, the philosopher of science has put it, “Life prohibiting universes are much more probable than life permitting universes.” This is evidence of an intelligent designer behind the Big Bang who ensured that it happened in such a way that the universe could support life.

There is one main objection to this argument. It goes something like this: “It is not surprising that we observe the initial conditions of the universe to be conducive to life because those are obviously the only conditions that could precede our existence.”

Just like two cords wound together become a strong rope, so the cumulative effect of these two arguments provide us with a powerful case for the existence of God.

Taken together, these two arguments tell us that the cause and designer of the universe is an intelligent, immaterial, powerful, changeless being that existed in a timeless, eternal state beyond the beginning of the universe. This, I suggest, is close enough to the traditional Judeo-Christian concept of God that we can justifiably conclude that indeed, God does exist.

Would you like to have a personal relationship with God through Jesus Christ,? You can start by saying this simple prayer::

Lord Jesus, I need You. Thank You for dying on the cross for my sins. I open the door of my life and receive You as my Savior and Lord. Thank You for forgiving my sins and giving me eternal life. Take control of the throne of my life. Make the kind of person You want me to be. Amen

It starts with a prayer, but please don’t stop there.

* For more indepth answers and books on this subject visit William Craig’s website at: http://www.reasonablefaith.org