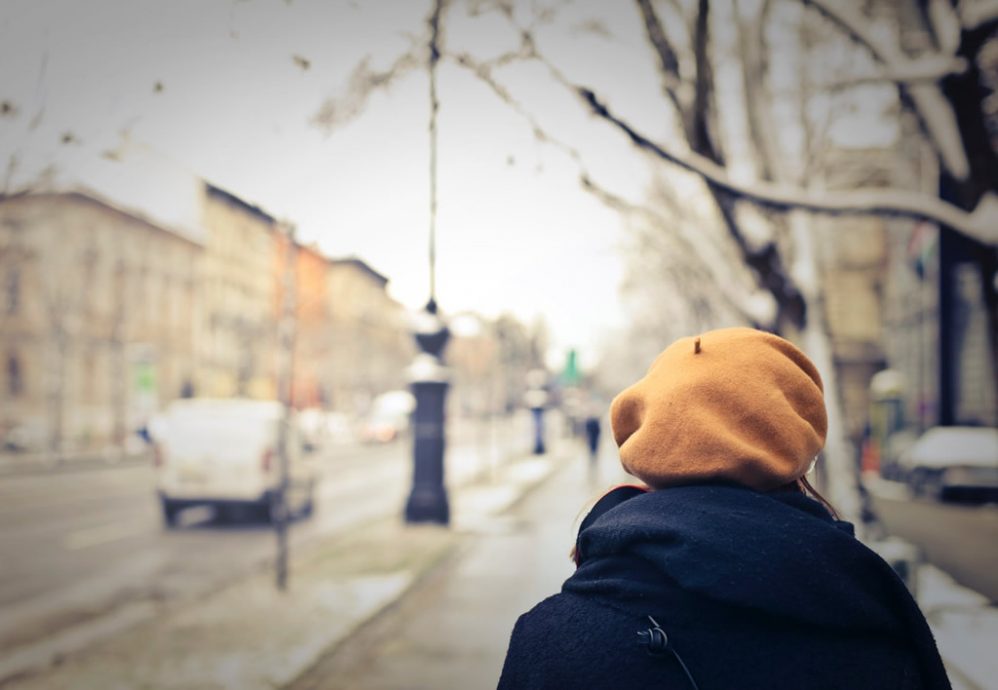 “The voice on the phone was one I hadn’t heard in decades,” recalled Gary.

“It was a girlfriend from college saying,

Now, after an unexceptional telephone ring, his life was careening.

In 1980, Gary had been a 20-year-old student exploring his young faith and young manhood. A summer romance led to a pregnancy. They briefly considered marriage, but the relationship collapsed. She became engaged to another man. Her parents proposed that Gary sign away his paternal rights. At 20, he did so with quiet relief.

Solana was raised by her mother and grandparents. She sought her father for years, but couldn’t differentiate him among many Internet namesakes—until, inside a Bible Gary gave her mother while they were dating, she discovered a letter containing his middle initial.

For 28 years Gary heard nothing about the child’s birth or gender. Now, mixed emotions overwhelmed him: shock, fear, astounding paternal love. Within seconds, he gained clarity: of course he wanted to know his daughter!

And his wife? Gary had told Debbie about his past while they dated. Now, after 26 years of marriage, he knew this remarkable woman would encourage this father-daughter relationship.

“Did you think about me?”

For two days, Gary anticipated his new-found daughter’s initial phone call “like a kid on Christmas morning times 100.” But her first simple query slammed him head-on. “Did you think about me?”

More mixed emotions: heartened that she wanted to know him; ashamed that he’d bowed out so willingly; remorseful that she’d grown up without a father to love and care for her.

Those pangs intensified when Gary learned that Solana has cystic fibrosis (CF), a hereditary disease affecting the lungs and digestive tract. There is no known cure. The average lifespan for adults is about 35 years.

Poignant get-togethers followed. As Gary learned more about Solana’s life and emotional hurts by previous “fathers,” his heart ached. “I yearned to make it right.” But focus on Solana’s experience helped Gary recognize the severe pain he’d contributed. His stomach twisted. Tears flowed. He realized that he needed to “come clean” with God and with Solana.

The next day, driving Solana home through a pelting rain, Gary pulled to the side of the road, looked into her eyes, and tearfully confessed, “I wish I’d done things differently. I was selfish.”

“You were young,” replied a gracious Solana.

“You paid the price for my selfishness,” countered a repentant Gary.

“That was healing to my heart,” Gary attests, affirming the biblical counsel: “Confess your sins to each other and pray for each other so that you may be healed.” While his presence in Solana’s life has renewed her, Gary was surprised by how much he needed her. “I’ve become a different person,” he explains, “more emotionally connected… I understand brokenness better, understand family, and fathers and children.”

Now, two years after this “wild, emotional ride” began, Gary and Debbie report, “We marvel at how God has redeemed a profoundly broken situation, and feel tremendously blessed to be part of Solana’s life.”

When I (Rusty) met Solana recently, she, her mother and Gary were in Palo Alto seeking a lung transplant at Stanford Medical Center. They face many challenges: medical, financial, and otherwise. This story is still being written, but so far it has shown that when life careens, it can be a wonderful opportunity to set things right.

By Rusty Wright and Meg Korpi

Did Gary’s and Salona’s story hurt your heart? Have you had an affair that produced a child who is not part of your life? Are you are guilt ridden about it? First of all, know that God loves you forgives all your sin. To experience this forgiveness, you must admit your sin and confess it. Then ask God to direct your life from now on. Here is a sample prayer:

If you said this prayer and were sincere, thank God that He forgave your sin and came into your life to direct your life.

The next thing you need to do is ask God if you need to find the child and love and care for her/him.

When Your Husband Has an Affair

Are YOU having an Affair?

What Pornography Brings to a Relationship

Hope for Those without Hope

Two Keys to a Happy Marriage