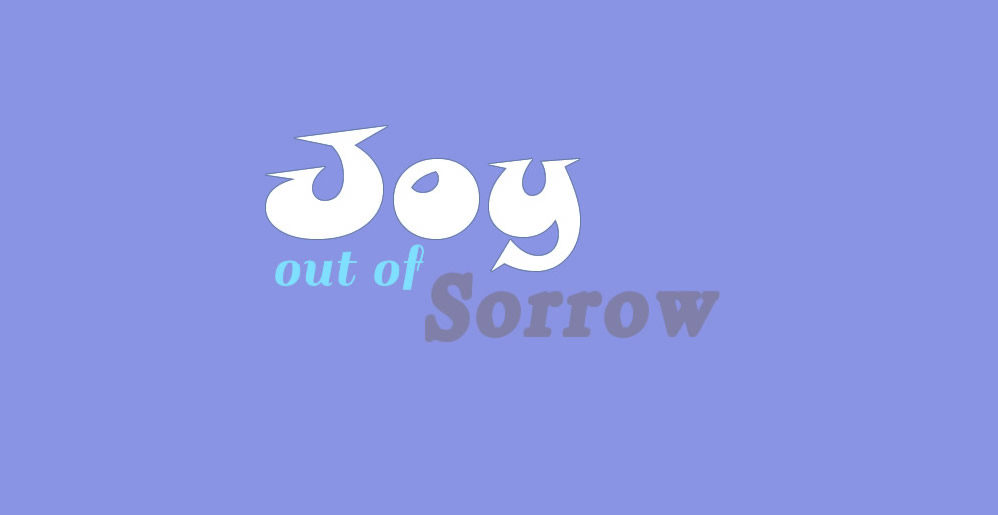 Life Can Bring Joy out of Sorrow

We have been married for 53 years.  Ed and I met while going to university and were married at age 21 – that makes us 74 years old. We now have two children and four grandchildren.

The early years of our marriage were not happy years, but were filled with stresses and strains. We really had nothing in common. Our likes and dislikes were totally different. Our ways of spending money were different. Our ideas of an enjoyable vacation were different. I even lived with the fear that he was going to leave me.

How it all Changed
We moved to Canada from the United States 38 years ago and I started to attend a Bible study. I had always believed in God and knew the Bible was true, but I really didn’t know what it said. I believed I would go to heaven just because I was a morally good person and tried to be kind and helpful to my family and friends.

I’m not talking about a specific church or religion, but a personal relationship with Jesus. I prayed and asked His forgiveness for the sin of wanting to control my own life, and I asked God to take charge of my life. That decision didn’t mean that my life was going to be trouble free; it meant He was always there to help me through the hard times that came, because I now had a new foundation based on the solid rock of God.

Ed was not interested in spiritual things, so I continued to go to my Bible study but the rest of the time I followed the life Ed wanted to lead; however, I continued to pray for Ed and asked the Lord to do anything that it would take to bring him to know God as I did – even if that meant taking my life – but God had a different plan.

Tragedy Strikes
After I had been a Christian for about ten years, we went through a time of severe testing when our son was in the hospital undergoing many operations to correct the proper drainage of fluid in his brain. To our sadness, after several months, he lost his battle with what later turned out to be an inoperable brain tumor and died; however, to our joy, this brought Ed to know and trust the Lord and it also strengthened my faith.

I became totally aware of the sovereignty of God. Because of God’s grace, even as a loving mother I never became angry or blamed Him. I never asked,

“Why did you allow this to happen to my son?” or “Why did this happen to me?”

I truly learned that,

– just as the Bible says. We knew God’s purpose would be worked out. We didn’t know what good would come from our sorrow, but God did.

Encouraging Others
Perhaps the part of the good that came is being able to encourage each of you to have the Lord as head of your family. Our family was together for Ed and my 50th wedding celebration and our grandson, who was then 19, said that our 50 years together was a great example for him and he wanted to know our secret. I told him that it took three to make a good marriage: the husband, the wife and the Lord. It doesn’t mean you won’t have differences, but by each of you seeking guidance from the Bible and God through prayer, you will be able to work out your differences.

If you aren’t married I want to recommend that you and your betrothed establish that personal relationship with God before marriage. If you have children who aren’t married, do your best to persuade them that they need that relationship. To you who are already married, remember, it is never too late to have a much better marriage by having the Lord as head of your family.

Renewed Purpose in Life
Now Ed and I have a totally different focus and purpose for our lives. I lead Bible studies as well as attend them. I realize we should never stop learning from God’s word. Since we have the same goals, now our desire is to serve God and to serve each other. Since he is now a Godly person and desires to follow God’s commands, I no longer have the fear that he will leave me. As I get older, if I should become incapacitated in any way, I know he will always be there to encourage me and care for me. I also have the total assurance that we will be together for eternity.

So now, it’s a wonderful life.

God, I believe that you created me to know you.  Thank you for sending your son Jesus, as a sacrifice to pay the penalty that I deserve.  I beleive that his death and resurrection has restored me to you.  Please forgive me for everything that has offended you.  Take first place in my life and help me become the person that you created me to be.

Norma was born in Oregon in 1929. She received her BA in business and education from the University of Oregon. She and her husband Ed raised three children (have two now) and four grandchildren. They have travelled to over 30 countries sharing their spiritual journey with thousands of people.