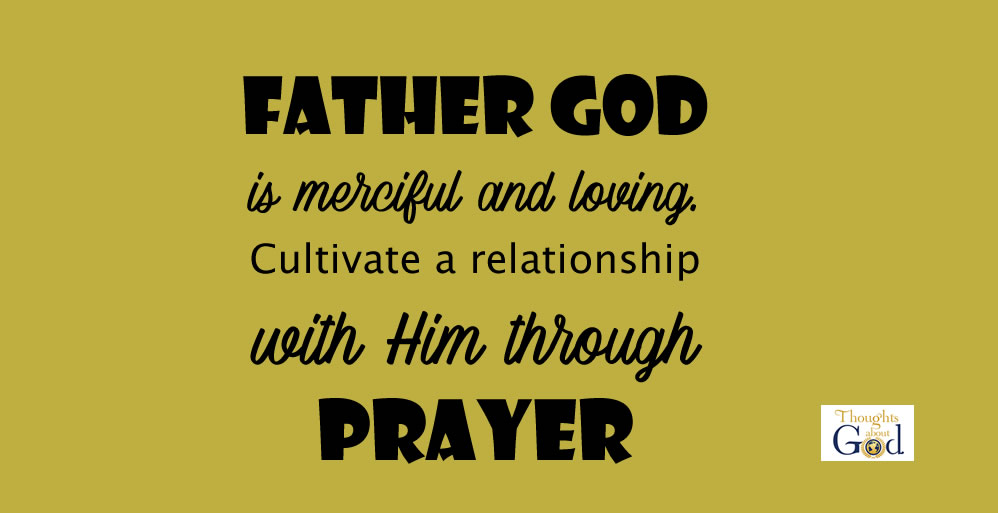 “But God showed his great love for us by sending Christ to die for us while we were still sinners.” Romans 5:8

Maybe your father mistreated you or was unkind.

Oh, dear one, is the image of your heavenly Father based on your earthly father?

Lily was abused as a teenager by her father.
She was even ordered to never again call him “Daddy.”

As Lily prayed and read God’s word, she learned that her heavenly Father was different.
The Bible says God showed His great love for you by sending Christ to die for you
while you were still a wrongdoer.

You know, God began to change Lily’s heart towards her father.
Rather than looking for her father to change, she began to
see him through God’s eyes of love.

It changed their earthly relationship.

Father God is merciful and loving. Cultivate a relationship with Him through prayer.

Then keep on talking to Him. He loves hearing from you.

•   A Call to Fatherhood
•   The Ultimate Perfect Father – What can we learn from God Heart’s? by Sylvia Gunter
•  Salvation Explained