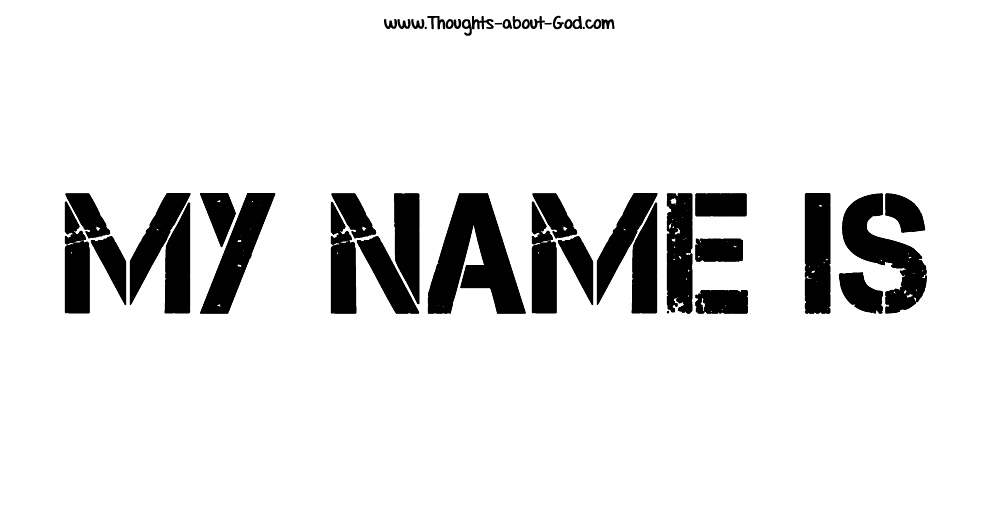 God Knows You by Name 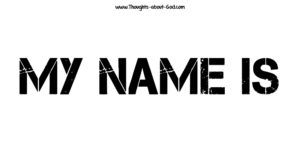 “…Fear not, for I have redeemed you; I have called you by your name; You are Mine. Isaiah 43:1

We all like to protect our name. In fact, most people would do anything to stop their name being misused or abused. It always makes me happy when my name is spelt or pronounced correctly. The satisfaction is even greater when someone that I may have met only fleetingly, remembers my name.

How comforting it is therefore to understand that Our God knows and calls us by name! He says, ‘I have summoned you by name; you are mine.” Yes, He knows you by name.
Let’s look at some Biblical examples to clarify this:

· A senior Citizen had most probably given up on his youthful dreams and ambitions and settled down to a quiet, nomadic life in the desert; until he had a life changing encounter with God. The sight before Moses in Exodus 2:1-6, probably reflected a modern day television as he saw a picture of a burning bush, with a voice speaking from within the bush! What were the first words God spoke to Moses? He said, ‘Moses! Moses (verse 4)!” God called him by name!

God knew Moses by name and He knows you too.

· In 1 Samuel 3:1-10, a young boy serving in the Lord’s temple was probably trying to figure out what his future in ministry would be like. He was surrounded by leadership examples that were quite horrible (Read chapter 2). Then God spoke, and God called him by name! In fact, God probably called him by name at least 5 times that night!

God knew Samuel by name and He knows you too.

· Peter denied the Lord at the most crucial hour and was handling a failure that could have haunted him for the rest of his life. He may have even considered giving up ministry. When Jesus rose from the dead however, an angel told the ladies at the tomb, “But go, tell His disciples and PETER, He is going ahead of you into Galilee.”

Peter was identified by name and so are you.

So friend, be assured that God knows you by name. That shows how personal His love is towards you.

“Before I was born the Lord called me; from my birth He has made mention of my name.” (Isaiah 49:1)

We’d love to hear from you.  If you don’t see our response form, please go to https://thoughts-about-god.com/blog/pj_by-name/