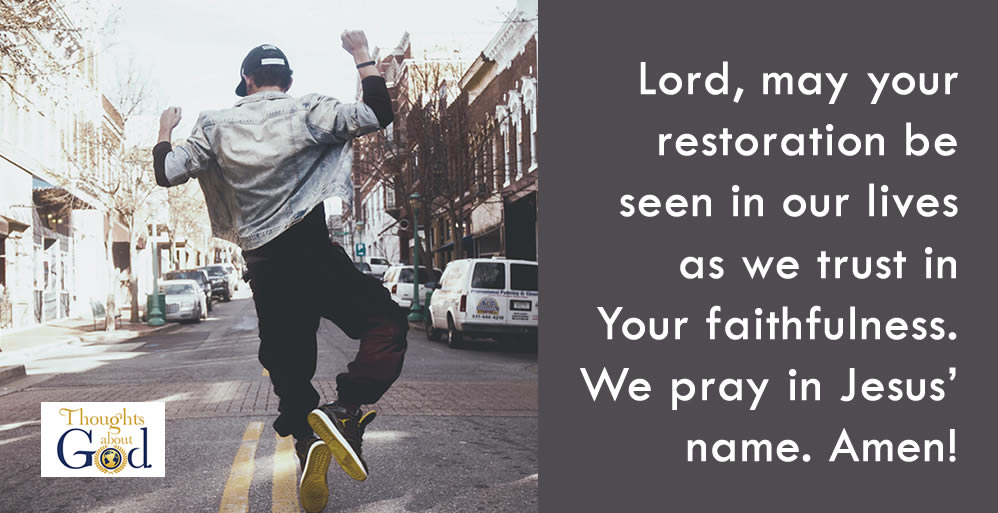 This devotional is based around a Shunamite lady who had been greatly blessed by Elisha’s ministry. Not only was she blessed with the miracle of a child (2 Kings 4:17), but later, the now grown up son, was raised from the dead through God’s power (2 Kings 8:1).

On Elisha’s instructions thereafter, she had left her home and gone to Philistine territory to avoid a 7 year famine (8:1-2). When the famine was over, she returned home, only to find to her dismay that the house and land no longer belonged to her. It is possible that the land had either been seized by the Government, or been encroached on.

In desperation, this lady (with her son), went to the King, hoping for small mercies. Little did she realize that God had prepared a ‘Restoration Package’ for her! It so happened that the King was in animated conversation with Elisha’s servant Gehazi at that very moment regarding Elisha’s powerful ministry, and quite amazingly, Gehazi was sharing the story of how God had raised the lady’s son from the dead (2 Kings 8:3-5). Imagine their surprise when she appeared before them at that exact time!

The shocked King then asked the lady whether the story was true and she affirmed it (2 Kings 8:6). The end result was that she not only got her house and land back, but even the income from the land for the past 7 years! I wonder whether any bank has that kind of payback scheme!

Today, especially after the pandemic, many people are counting their losses and searching for restoration in their lives. If that is you, trust God to complete His restoration in you and see Him answer in unexpected ways. He is the God of Restoration!

Prayer – Lord, may your restoration be seen in our lives as we trust in Your faithfulness. We pray in Jesus’ name. Amen!