Skip to content
Home > Thoughts by Men > On Saturday 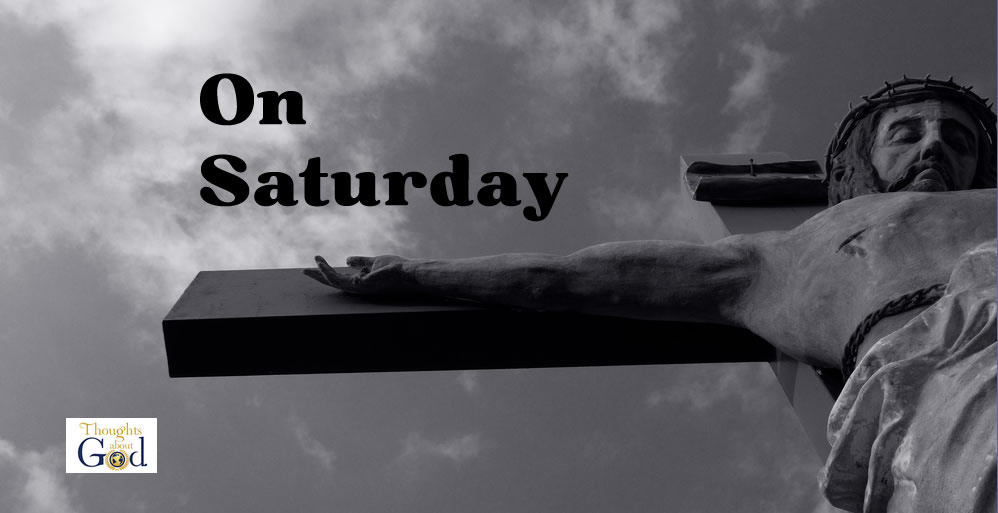 John didn’t know on that Friday what you and I now know. He didn’t know that Friday’s tragedy would be Sunday’s triumph. John would later confess that he “did not yet understand from the Scriptures that Jesus must rise from the dead. John 20:9

That’s why what he did on Saturday is so important.

We don’t know anything about this day; we have no passage to read, no knowledge to share. All we know is this: When  Sunday came, John was still present. When Mary Magdalene came looking for him, she found him.

Jesus was dead. The Master’s body was lifeless. John’s friend and future were buried. But John had not left. Why? Was he waiting for the resurrection? No. As far as he knew, the lips were forever silent and the hands forever still. He wasn’t expecting a Sunday surprise. Then why was he here?

You’d think he would have left. Who was to say that the men who crucified Christ wouldn’t come after him? The crowds were pleased with one crucifixion; the religious leaders might have called for more. Why didn’t John get out of town?

Or maybe he lingered because he loved Jesus.

You don’t abandon a friend, not even when that friend is dead. John stayed close to Jesus.

Did he understand Jesus? No.

Was he glad Jesus did what he did? No.

But did he leave Jesus? No.

What about you? When you’re in John’s position, what do you do? When it’s Saturday in your life, how do you react? When you are somewhere between yesterday’s tragedy and tomorrow’s triumph, what do you do? Do you leave God’ – or do you linger near him?

John chose to linger. And because he lingered on Saturday, he was around on Sunday to see the miracle.

By Max Lucado
From: He Chose the Nails
To learn more about Max Lucado visit his website at:
http://maxlucado.com/about/

•  The Easter Story – the story of Christ’s death and resurrection
•  Who’s Got the Body?   A short, documented examination of evidences for Jesus’ resurrection.  By Rusty Wright