Skip to content
Home > Thoughts by Men > Take Goliath Down 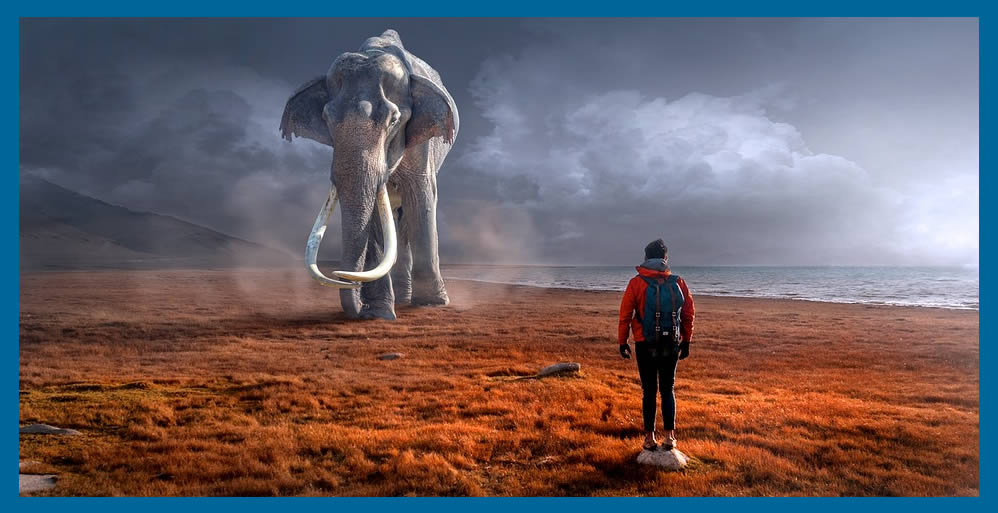 Goliath’s still roam our world. Debt. Disaster. Dialysis. Danger. Deceit. Disease. Depression. Super-size challenges still swagger and strut, still pilfer sleep and embezzle peace and liposuction joy. But they can’t dominate you. You know how to deal with them. You face giants by facing God first.

You know what David knew, and you do what David did. You pick up five stones, and you make five decisions. Ever wonder why David took five stones into battle? Why not two or twenty? Rereading his story reveals five answers. Use your five fingers to remind you of the five stones you need to face down your Goliath. Let your thumb remind you of …

1. THE STONE OF THE PAST
Goliath jogged David’s memory. Elah was a déjà vu. While everyone else quivered, David remembered. God had given him strength to wrestle a lion and strong-arm a bear. Wouldn’t he do the same with the giant? A good memory makes heroes.

“Remember His marvelous works which He has done” (1 Chronicles 16:12). Catalogue God’s successes. Keep a list of his world records. Has he not walked you through high waters? Proven to be faithful? Have you not known his provision? How many nights have you gone to bed hungry? Mornings awakened in the cold? He has made roadkill out of your enemies. Write today’s worries in sand. Chisel yesterday’s victories in stone. Pick up the stone of the past. Then select …

2. THE STONE OF PRAYER
Note the valley between your thumb and finger. To pass from one to the next you must go through it. Let it remind you of David’s descent. Before going high, David went low; before ascending to fight, David descended to prepare. Don’t face your giant without first doing the same. Dedicate time to prayer. Paul, the apostle, wrote, “Prayer is essential in this ongoing warfare. Pray hard and long” (Ephesians 6:18 (MSG).

Prayer spawned David’s successes. His Brook Besor wisdom grew out of the moment he “strengthened himself in the Lord his God” (1 Samuel 30:6). When Saul’s soldiers tried to capture him, David turned toward God: “You have been my defense and refuge in the day of my trouble” (Psalm 59:16).
Invite God’s help. Pick up the stone of prayer. And don’t neglect …

3. THE STONE OF PRIORITY
Let your tallest finger remind you of your highest priority: God’s reputation. David jealously guarded it. No one was going to defame his Lord. David fought so that “all the earth may know that there is a God in Israel. Then all this assembly shall know that the Lord does not save with sword and spear; for the battle is the Lord’s” (1 Samuel 17:46–47).

David saw Goliath as a chance for God to show off! Did David know he would exit the battle alive? No. But he was willing to give his life for the reputation of God.

What if you saw your giant in the same manner? Rather than begrudge him, welcome him. Your cancer is God’s chance to flex his healing muscles. Your sin is God’s opportunity to showcase grace. Your struggling marriage can billboard God’s power. See your struggle as God’s canvas. On it he will paint his multicoloured supremacy. Announce God’s name and then reach for …

4. THE STONE OF PASSION
David ran, not away from, but toward his giant. On one side of the battlefield, Saul and his cowardly army gulped. On the other, Goliath and his skull-splitters scoffed. In the middle, the shepherd boy ran on his spindly legs. Who bet on David? Who put money on the kid from Bethlehem? Not the Philistines. Not the Hebrews. Not David’s siblings or David’s king. But God did.
And since God did, and since David knew God did, the skinny runt became a blur of pumping knees and a swirling sling. He ran toward his giant.

Let your ring finger remind you to take up the stone of passion.

One more stone, and finger, remains:

5. THE STONE OF PERSISTENCE
David didn’t think one rock would do. He knew Goliath had four behemoth relatives. For all David knew, they’d come running over the hill to defend their kin. David was ready to empty the chamber if that’s what it took.

Imitate him. Never give up. One prayer might not be enough. One apology might not do it. One day or month of resolve might not suffice. You may get knocked down a time or two … but don’t quit. Keep loading the rocks. Keep swinging the sling.

David took five stones. He made five decisions. Do likewise. Past. Prayer. Priority. Passion. And persistence.

By Max Lucado
From: Facing Your Giants

To learn more about Max Lucado visit his website at:
http://www.maxlucado.com/info/view/about_max_lucado/

•  Why Me Lord?  Why Not? A different perspective on being shunned or mistreated.
•   The Healing – A  poem by Katy Kauffman
•  Salvation Explained