Skip to content
Home > Thoughts by Women > Theory of Practice 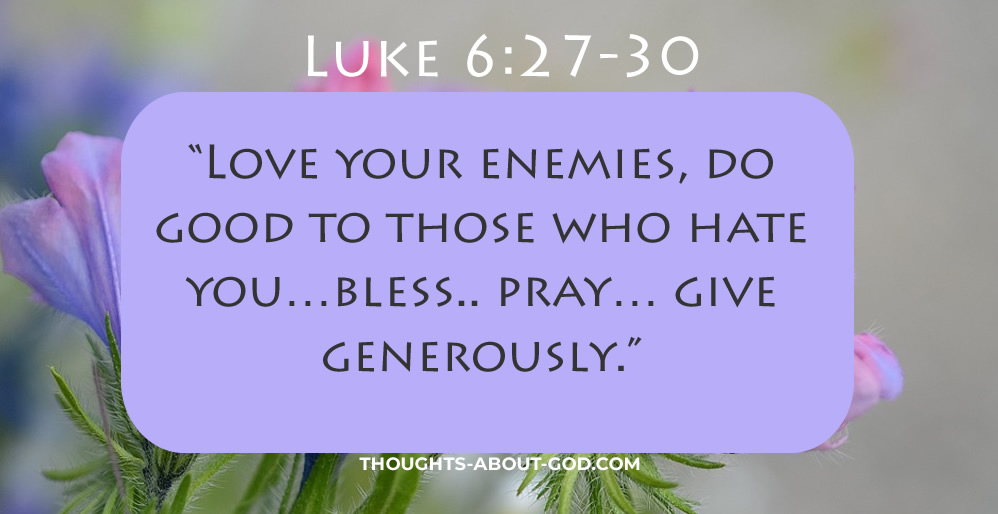 What would it mean to “do good” to those whose religion or political views are so opposite my own that an uncross-able gulf exists?  Jesus was no mere theorist. While He didn’t always give a clear how-to regarding the ways to express His love

“Do to others as you would have them do to you” is supposedly the credo for Christians, but how often Jesus’ words are rapidly read and just as rapidly set aside as mere theory. Or perhaps an ideal to be put into effect at some imagined future “Kingdom time.”

What would it mean to “do good” to those whose religion or political views are so opposite my own that an uncrossable gulf exists? When derisive remarks about my faith sting like a physical slap, do I retreat to a safe silence or continue a social relationship where more slaps are inevitable? Does my giving of time and money have strings attached? How do I balance the call to wise stewardship with joyful generosity?

Jesus was no mere theorist. While He didn’t always give a clear how-to regarding the ways to express His love, we have enough stories that prick the soul with their drama. A young man insults his father and his culture, wastes his inheritance and defies his religion. With no strings attached, the father welcomes him home with riotous celebration. A seriously injured man needs help – religion and rights are set aside by a person despised by the “good” people as he sets the example of love and mercy while caring generously for the man in need.

Theory costs little. Practice costs my very life. Am I willing to pay the price?

Lord Jesus, you are my example for putting into practice what I say I believe. Help me not only look upon your life, but learn from the way you spent quiet time with your Father for daily strength and defeated the Enemy with the Word of God.

• Your Life is the Only Bible Some People Read

• Come Alongside – what it looks like to come alongside of people while Jesus draws them closer.