Skip to content
Home > Thoughts by Women > The Roar of Sorrow 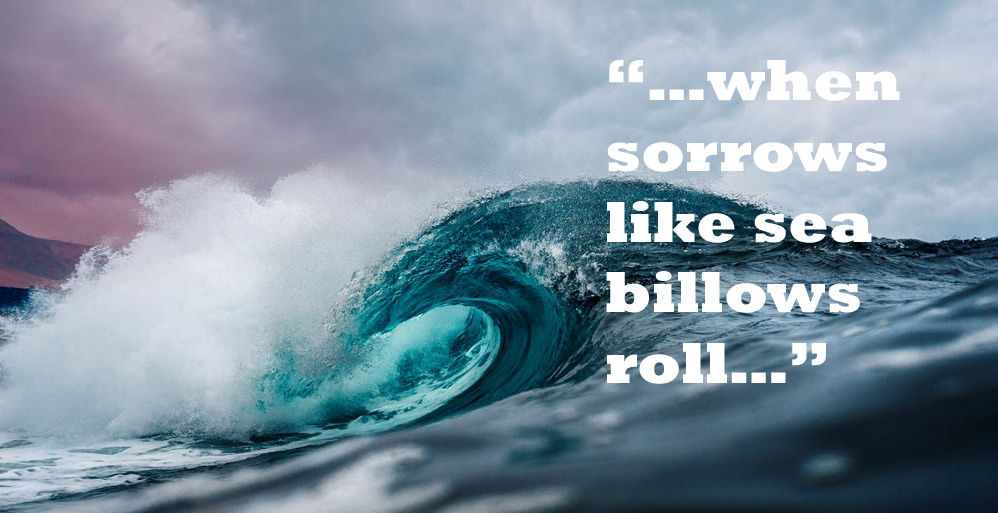 The Roar of Sorrow

“So now there is no condemnation for those who belong to Christ Jesus… And we know that God causes everything to work together for the good of those who love God and are called according to his purpose for them… Can anything ever separate us from Christ’s love?… I am convinced that nothing can ever separate us from God’s love.”  Romans 8 (NLT)

We stood on the shores of the Pacific Ocean as the waves relentlessly rolled into shore. Seabirds soared from rock to rock, seemingly unaware of the power of the surge just below them. With no traffic sounds to obscure our hearing, only the roar of the water and the occasional chirp of the birds were audible. Wave after wave. Thunder after thunder.

I thought of this just a few hours ago when I heard the news that the granddaughter of a dear friend had been killed in an auto accident. Then an email message that another friend, suffering from cancer, is weakening. Earlier in the week we received word that an acquaintance had died suddenly. Wave after wave. Thunder after thunder.

“…when sorrows like sea billows roll…” That’s how one man described his lot after financial ruin from the 1871 Great Chicago Fire, and then the death of his four daughters in a transatlantic ship collision. Horatio Spafford went to meet his wife in England after his daughters deaths and when the ship on which he was travelling neared the place of the sea tragedy, he began writing the words to a great hymn:

When peace like a river attendeth my way,
When sorrows like sea billows roll;
Whatever my lot, Thou hast taught me to say,
’It is well, it is well, with my soul.’

Spafford’s poetry—and his later life as a faithful follower of Jesus—indicates how he could say, “It is well with my soul.” Six important words: “Thou has taught me to day…” This man and his wife had walked closely with Jesus, absorbed His love and learned to trust Him in the good times so when the hard, even tragic, times came, through their tears they knew enough of God’s character to know that nothing could separate them—or their daughters—from His love.

We can’t prevent all the accidents and illnesses of life, but we can learn to make Christ the center of our lives each day, trusting Him so that “Whatever my lot, Thou has taught me to say, ‘It is well with my soul.’”

Thank you, Father, for being always present with us. Help me trust you even when I can’t see your hand so that “it is well with my soul” will be daily on my lips.

by Marilyn Ehle
Used by Permission


Comments: If you don’t see our response form, please go to https://thoughts-about-god.com/blog/marilyn-ehle_roar-sorrow/