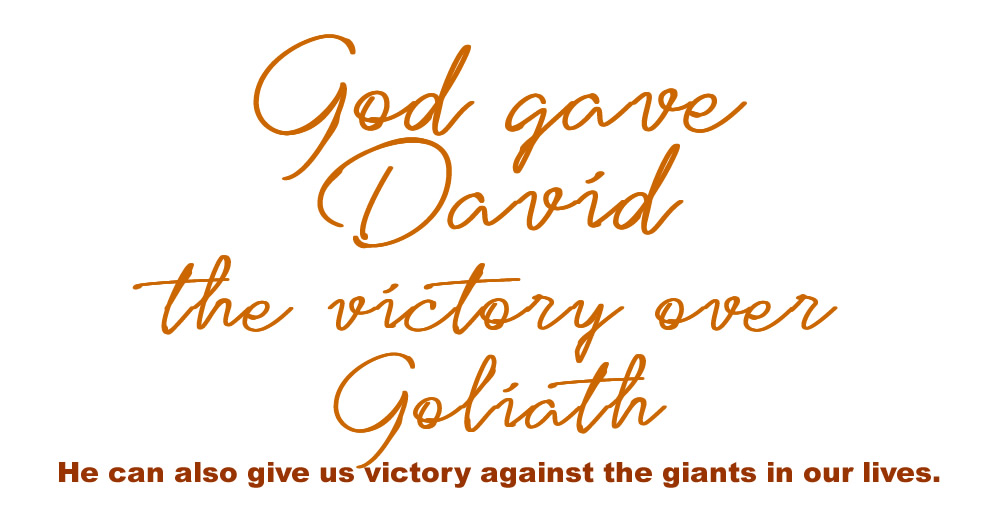 The Hand that Holds My Hand

There was a difficult time when I was facing a battle and found myself pressed against a wall of gigantic disbelief.

Yet, God was asking me to believe what I could not find comprehensible to believe. If I was going to know victory in this battle, it would require faith of huge proportions.

Have you ever had a giant of disbelief towering over your circumstances and you are grasping for the faith to believe God will work in a powerful way?

I thought of David as many of us do when faced with giant-sized battles. And in the blink of an eye I could see young David reaching for the five smooth stones and placing one in his slingshot, the others in a pouch. Then God stopped me in my tracks and opened my eyes to see another hand, God’s own hand coming down and wrapping itself in power around David’s hand.

A sudden surge of faith and courage ignited in my soul as I thought about God’s hand sending David’s smooth stone rocketing like a missile toward Goliath. We all know well the glorious end of this story. The giant came crashing to his death and David saw the victory he knew his LORD would bring that day.

I also experienced victory in that moment. I knew in my heart that my giant would be falling too. God’s powerful hand was wrapping around my own and the battle I’d been fighting would soon be the battle I would win! My gigantic disbelief turned to gigantic triumph, all because of the Hand that holds my hand. Once again I was reminded that the battle belongs to the Lord, and it is He who fights for me!

Every time we choose faith in our intimidating circumstances, we are winning the battle. Day by day we can pick up the smooth stones and hurl them at the giants in front of us—toppling them to the ground. God’s hand will guide us and He will bring the victory. Sometimes it is a quick victory and sometimes it is a slower process.

God gave David the victory over Goliath. He can also give us victory against the giants in our lives.

1 Samuel 17:46-50
“This day the LORD will deliver you into my hand, and I will strike you and take your head from you. And this day I will give the carcasses of the camp of the Philistines to the birds of the air and the wild beasts of the earth, that all the earth may know that there is a God in Israel.  Then all this assembly shall know that the LORD does not save with sword and spear; for the battle is the LORD’s, and He will give you into our hands.”  So it was, when the Philistine arose and came and drew near to meet David, that David hurried and ran toward the army to meet the Philistine.  Then David put his hand in his bag and took out a stone; and he slung it and struck the Philistine in his forehead, so that the stone sank into his forehead, and he fell on his face to the earth.  So David prevailed over the Philistine with a sling and a stone, and struck the Philistine and killed him. But there was no sword in the hand of David.”

By Kathy Cheek
Used by Permission