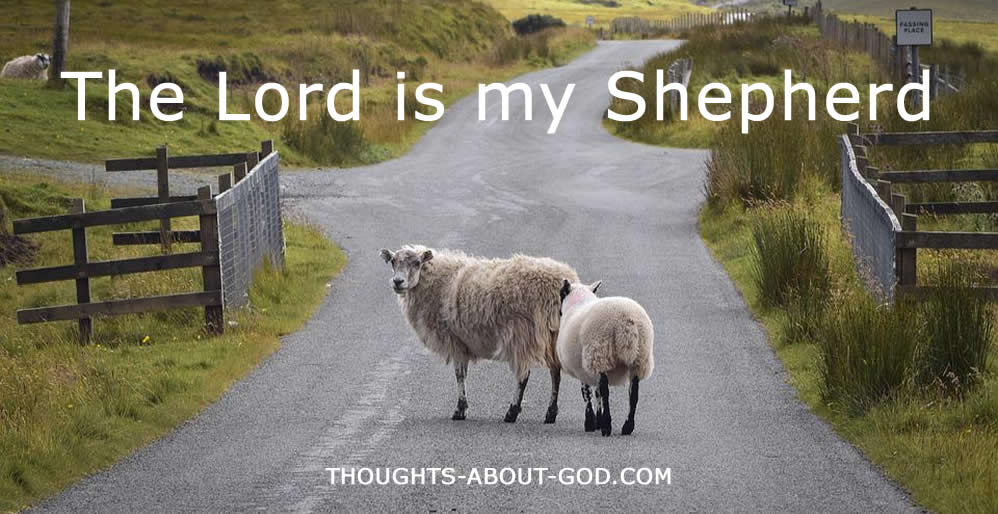 He Leads and Guides Me

“The Lord is my shepherd, I lack nothing. He makes me lie down in green pastures, he leads me beside quiet waters, He refreshes my soul. He guides me along the right paths for his name’s sake. Psalm 23: 1-3

Recently, I received a call from a man inquiring about setting up a guardianship for his father, who could no longer mentally or physically care for himself. Suddenly, I had a mental picture of a blind man being led by a man who could see.

And then I had a spiritual picture of a shepherd leading his sheep… protecting them, guiding them and protecting them from all danger. Sheep are somewhat less than intelligent. Have you ever seen one in a circus act?

But sheep are smart in one respect. They faithfully follow their leader and they trust their leader. When their long wool gets saturated with water, they are unable to swim, so the shepherd finds them still waters from which to drink. Their mouth is tender and briars and other sharp vegetation will cut them, so the shepherd goes ahead and prepares a place (table) for them to eat which is free from the vegetation that would harm them.

The wilderness is a dangerous place for defenseless sheep. They can be at the peril of wild flesh eating beasts, but the sheep remain calm as long as they see the shepherd with his rod to fend away wild animals. Sometimes the path is steep and the cliffs fall off suddenly, but the sheep know that the shepherd has crooked staff to pull them back on the trail if they fall. They know they can face any enemy as long as the shepherd is there to defend them. They know he is with them.

It is easy to get lost in the Judean Wilderness, but the sheep can trust the shepherd to keep them on the right path. Sheep don’t see very well, but they have the eyes of the shepherd. Though they traverse some dark shadowy places they fear not because they are following their shepherd in whom they have complete trust.

By day, the shepherd tends his flock as a group, but each evening as they go into the fold, he treats them individually, one by one. He examines each and where necessary bathes their wounds of the day with soothing and healing oil. Sheep are dumb and defenseless and really have nothing, but yet their cup overflows with goodness and they lack for nothing.

Come to think about it sheep aren’t as dumb as most people think. They have figured out that all they need to do is to trust and follow the shepherd. It is sad that most of us seemingly intelligent humans haven’t figured out to do the same.
(a thought on life from John Grant )

•  God Provides for His Own