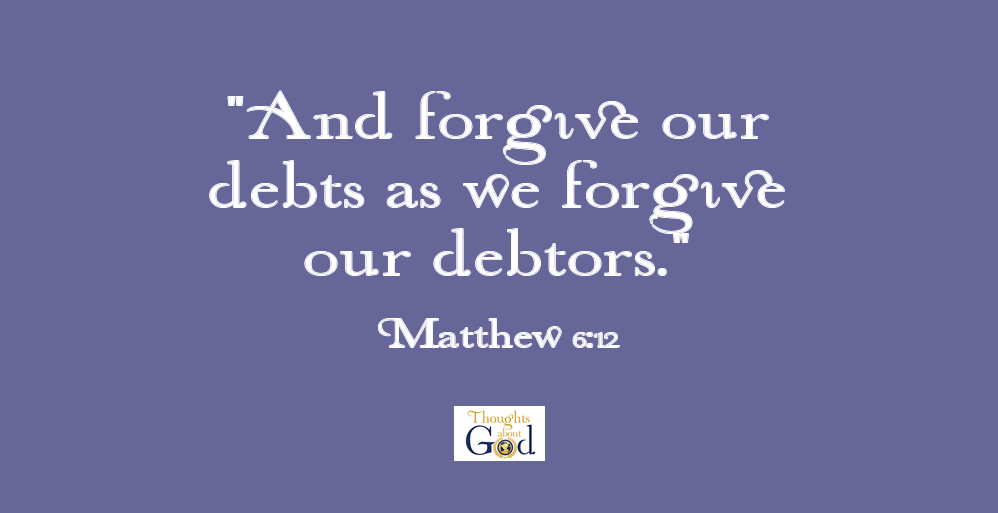 Throughout the Bible, debt forgiveness is not to be taken lightly. In Deuteronomy it calls for debt forgiveness every seven years. In Matthew in the Sermon on the Mount, Jesus goes deeper and tells us to forgive those who have come against us. Forgiving a monetary debt is difficult, but forgiving others for their transgressions against us is even more difficult.

Someone steals from us, beats us, cheats on us, harms those we love and profits at our loss are hard to forgive. The list goes on.

We deserve to stop suffering because of what other people have done to you.

Have you ever felt stuck in a cycle of unresolved pain, playing offenses over and over in your mind? You know you can’t go on like this, but you don’t know what to do next. Forgiveness deals with the past while it heals the presence and puts joy in the future. We have to let go of bound-up resentment and overcome the resistance to forgiving people who aren’t willing to make things right or ask you for your forgiveness.

The Bible records many stories about “forgiving“. The Lord Jesus also taught us like this: when we forgive men when they sin against us, our heavenly father will also forgive us.

Jesus taught Peter to forgive seventy-seven times. Joseph forgave his brothers who sold him. Jesus forgave the woman caught in adultery. Jesus prayed for the people who hurt him. Stephen cried out to the Lord for those who stoned him before death. King David forgave Saul who wanted to kill him. Paul asked Philemon to forgive Onesimus.

A story tells that two friends were walking through the desert. During some point of the journey, they had an argument, and one friend slapped the other one in the face.

The one who got slapped was hurt, but without saying anything, wrote in the sand: “Today my best friend slapped me in the face.” They kept on walking until they found an oasis, where they decided to take a bath. The one who had been slapped got stuck in the mire and started drowning, but the friend saved him. After he recovered from the near drowning, he wrote on a stone: Today my best friend saved my life.

The friend who had slapped and saved his best friend asked him,

“After I hurt you, you wrote in the sand and now, you write on a stone, why?” The other friend replied “When someone hurts us, we should write it down in sand where winds of forgiveness can erase it away. But, when someone does something good for us, we must engrave it in stone where no wind can ever erase it.”

Who can you forgive today?

•  The Power of Forgiveness
•  Dealing with Inner Turmoil