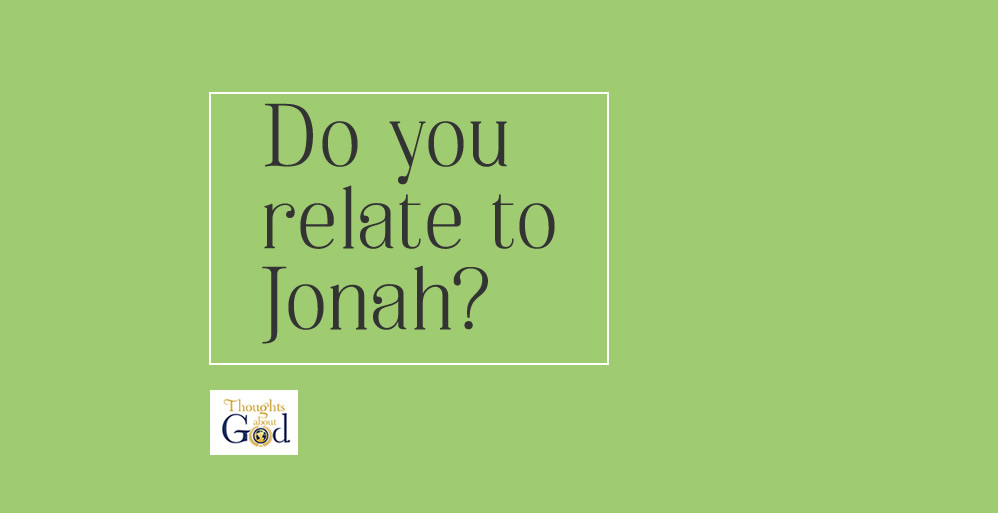 Jonah Just Doesn’t Get it

I am a lot more like the prophet Jonah than I would care to admit, but I’m going to try.

Jonah is often called the reluctant prophet because God called him to preach to the town of Nineveh, and he went the opposite direction. And you know what God did about that; He sent a big fish to redirect him back to Nineveh.

But why? Why didn’t he want to go preach to Nineveh?

Did he have sudden stage fright? Was he afraid they would reject his message and come after him? No; none of the above. Jonah’s message was one of both good and bad news. The bad news was that the city was full of wickedness and that God was getting ready to punish it. The good news was that if they repented and turned from their wickedness, God would be merciful and spare the city.

Jonah liked the bad news. He wanted God to rain down His justice on these wicked people. But Jonah had an inclination. He was afraid that if he preached this message, they would choose the good news. The city would repent and God would be merciful, and for Jonah, that was the worst possible outcome.

We don’t know from the story why Jonah had it in for the city of Nineveh. It could have been his own self-righteousness. It could have been that he had a history with these people. Maybe they had hurt him or members of his family in some way. Whatever it was, he wanted the place destroyed.

So, when he finished preaching to the whole town, he retired to a hillside overlooking the city to wait and hopefully witness God’s destruction. But nothing happened. And the more nothing happened, the more upset he got. So God sent a very hot sun to burn down on Jonah from his vantage point without any protection. And Jonah complained about the sun. So God sent a plant to grow up rapidly and provide some shade for him, and Jonah was thankful. But no sooner did that happen than God withered the plant and left Jonah in the sun. And that made him angry again.

And God had something to say about that:

“You have been concerned about this plant, though you did not tend it or make it grow. It sprang up overnight and died overnight. And should I not have concern for the great city of Nineveh, in which there are more than a hundred and twenty thousand people who cannot tell their right hand from their left-and also many animals?” (Jonah 4:10-11)

Jonah was so caught up in his own self-righteousness that, in the end, all he could care about was himself and a stupid plant. Meanwhile, God was having compassion for a hundred and twenty thousand people who were trapped in their own ignorance, along with many animals, which God cared about, too.

I really get this story, and painfully so. It hurts how much I identify with Jonah – his self-righteousness and his focus on his own needs to the exclusion of those around him. And that silly plant! I get that too, based on the silly things that become so important to me when I am inwardly-focused. And I identify with his desire to see justice meted out on all the bad people in the world. But in the end, I am also relieved to find that God is the way He is. That He is full of mercy and unlike me. Because if God were like me, I wouldn’t have a chance.

God, help me to see people the way you see them, as those who don’t know their right hand from their left (as if I knew any better). May I be quick to show mercy to all, because mercy is what I want for myself. And take my eyes off me and my needs and put them on you, and on others.

You’d think that after three days inside a whale Jonah would have learned more than this. Then again, self-righteousness is a hard thing to shake.

By John Fischer
Used by Permission