Skip to content
Home > Thoughts by Men > This Day We Fight! 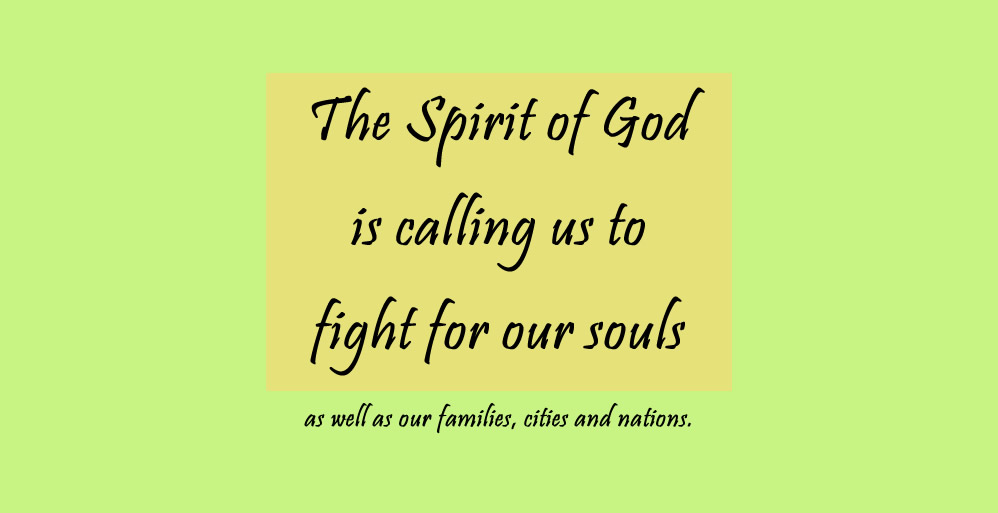 This Day We Fight!

The Effects of a Passive Spirit

Scripture contains many examples of David’s valor. As a young man, for instance, while others trembled, David was ready and eager to face Goliath. David is an example of one whom God chose, whose passions for God sustained him for most of his life.

Yet David also provides an example for us of what happens to good people when a passive spirit triumphs. For there was an occasion when David did not pursue his enemies, and the consequences were grave. It happened because he allowed a passive spirit to subdue his will.

“Then it happened in the spring, at the time when kings go out to battle, that David sent Joab and his servants with him and all Israel, and they destroyed the sons of Ammon and besieged Rabbah. But David stayed at Jerusalem” (2 Samuel 11:1).

During a time of war, the king accepted a passive spirit into his soul. Soon we find this great warrior king almost helpless to resist the unfolding spiritual attack.

“Now when evening came David arose from his bed and walked around on the roof of the king’s house, and from the roof he saw a woman bathing; and the woman was very beautiful in appearance”
(2 Samuel 11:2).

The woman was Bathsheba, the wife of Uriah. From the moment David accepted the influence of that passive spirit, his resistance was weakened; a paralysis of conscience occurred. Scripture says that “when evening came David arose from his bed.” Perhaps it was customary to rest in the afternoon, but it strikes me as inconsistent for David to nap while his men fought. It is possible that this nap was not a response to a bodily need but an expression of the slumber that gripped his soul. He was in bed until “evening.”

This heaviness of soul resting on David was actually part of a larger, synchronized spiritual attack. The other part of that battle was the quiet, inner prompting that stirred Bathsheba to bathe in a place where David could see her. Finally, David, unable to resist, and in defiance of his noble qualities,

Dear friend, remember: This terrible moral failure was not driven by David’s lust or flagrant rebellion to God. A passive spirit introduced David to his sin! The problem was simply that, in a time when the kings went forth to war, David stayed at home.

We ourselves are in a time of war. The Spirit of God is calling us to fight for our souls as well as our families, cities and nations. Indeed, God’s Word reveals that

“the Lord will go forth like a warrior, He will arouse His zeal like a man of war. He will utter a shout, yes, He will raise a war cry. He will prevail against His enemies” (Isaiah 42:13).

Is that holy fight in you? Is there a war cry in your spirit? If you are born again, that cry is within you, even if it has been muted by lethargy.

We will never succeed as overcomers without carrying in our spirits the war cry of God. We must stop resisting the call to prayer; we must embrace the reality of spiritual warfare; and we must fight with the weapons of warfare that God has given us, both for our own progress and also on behalf of those we love.

Conversely, the moment you surrender your will to a passive attitude, you should anticipate that a temptation appropriate to your weakness will soon follow. It may not be Bathsheba; it may be pornography on the Internet. Or it may be a coworker who begins to look attractive at a time when you and your spouse are struggling. Whatever the area of weakness in your life, Satan will seek to exploit that area. It will likely not be a bold frontal assault. He will approach you quietly, in whispers, relaxing your spiritual guard. What disarmed you was a passive spirit. If the enemy succeeds in this first stage of his assault, you will soon find yourself wrapped up in something that can devastate you and your loved ones.

Comments: If you don’t see our response form, please go to https://thoughts-about-god.com/blog/f-frangipane_we-fight/