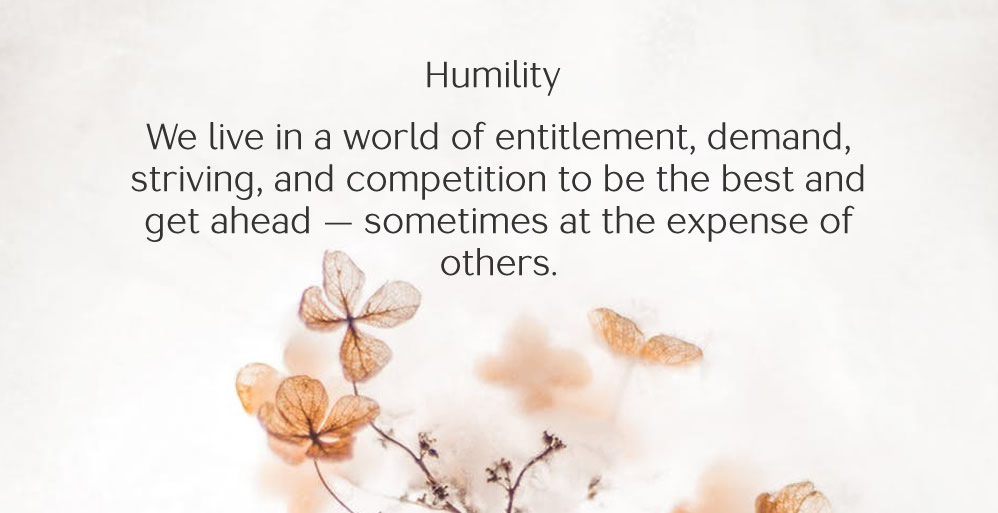 “When the turn came for Esther (the girl Mordecai had adopted, the daughter of his uncle Abihail) to go the king, she asked for nothing other than what Hegai, the king’s eunuch who was in charge of the harem, suggested. And Esther won the favor of everyone who saw her.” Esther 2:15

One of Esther’s characteristics stands out to me — humility. The above verse reflects the posture of her character. Esther was willing to take and heed her cousin Mordecai’s advice. She assumed that those in authority, and those given charge over her, had wisdom to share. Esther accepted the beauty treatments and the invitation extended to go to the king but she didn’t strive to manipulate the situation so that she would be above the rest and be chosen first.

Esther asked for nothing — nothing special, nothing she felt entitled to, no demands — just a humble acceptance of what the king’s eunuch suggested. Though Esther had obvious outward beauty, there was something beautiful and winsome about the posture of her heart. She won the favor of everyone around her, including the king.

Esther had no idea that what she would be called to do in a crisis would change the trajectory of a nation. Her beauty was stunning but the posture of her own heart and her internal character was possibly why she was chosen by God to save her people.

What can we learn from Esther’s posture? We live in a world of entitlement, demand, striving, and competition to be the best and get ahead — sometimes at the expense of others. As we age, our physical posture needs adjustment. Life happens and the posture of our hearts can also get out of alignment. Ponder Esther’s posture of humility.

By Donna Mitchell
Used by Permission

Comments: If you don’t see our response form, please go to https://thoughts-about-god.com/blog/donna-mitchell_a-humble-posture/