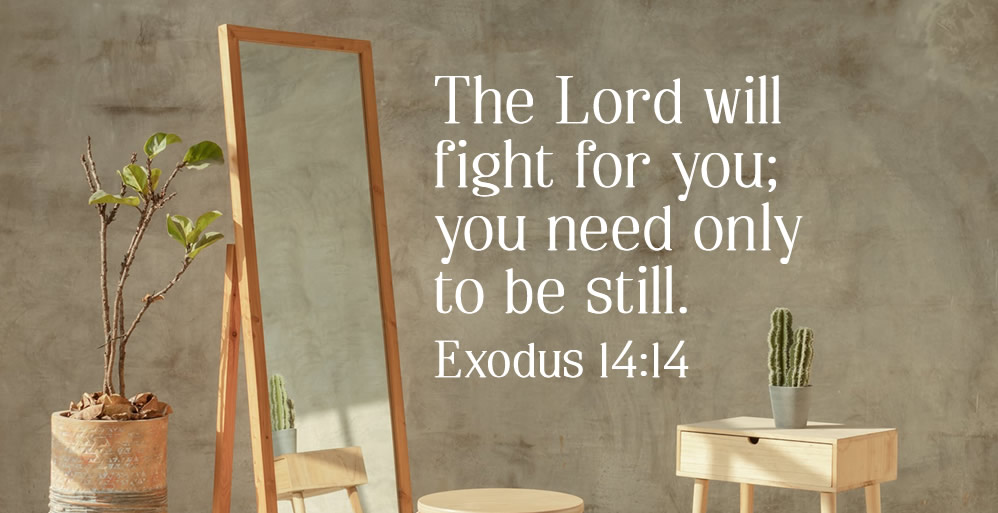 I like watching American football. There’s something about the fighting, the clawing, the tremendous effort it takes for players to take the ball those last few important inches.

Whatever the sport, we get excited when an athlete pushes forward with every ounce of grit they possess to score, win, or make it first across the finish line. We honor the fight.

However, in our relationship with God, restraint and rest are often required instead of fighting. Throughout the Bible there are stories of God’s people getting ready for battle, only to be told by God to be still. In Exodus 14, when the Egyptians were on their heels, God told Moses to tell the people to just be still. In Joshua 6, instead of mustering all of their strength to attack Jericho, the Israelites were instructed to march around the city and enjoy an easy victory. When two great armies came against Judah in 2 Chronicles 20, God told them that they would not have to fight, because he would deliver them.

I cannot count the number of times I have worn myself out getting ready for a battle I knew was coming. I planned what I would say and how I would respond to the other person. There were far fewer times when I paused and asked God to fight for me. What anxiety I could have given up in exchange for peace in him!

God promises to fight for us. We don’t have to live with anxiety over the battles. We can live with peace knowing that God’s got this.

Lord, help me trust you in the battles I face. Increase my peace as I let you fight for me. Thank you for your promise. Amen.

Comments: If you don’t see our response form, please go to https://thoughts-about-god.com/blog/debbie-west_unnecessary-fighting/